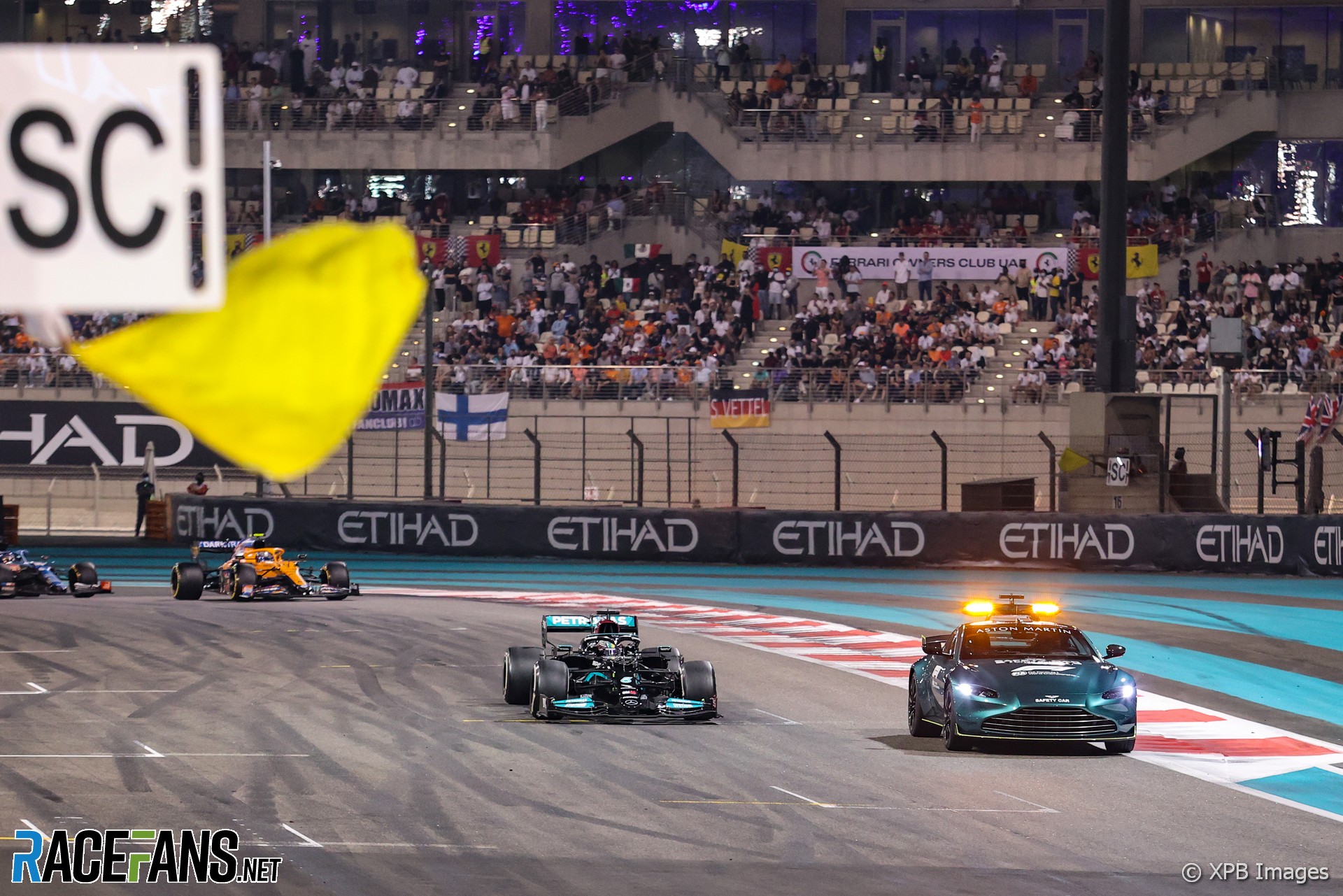 Lance Stroll made clear his unhappiness with the controversial end to the final race of the 2021 Formula 1 season, saying the series put the show before the sport.

The FIA is reviewing race director Michael Masi’s decision to restart the race with one lap remaining, in a manner which appeared to contradict the rules and past practice.

A key focus of the controversy was Masi’s decision to only allow a portion of drivers who were a lap down to rejoin the lead lap. Stroll was not allowed to do so, but his team mate Sebastian Vettel ahead of him was.

“I think that consistency in our sport is not our strongest point,” said Stroll when asked about the controversial end to last season at the launch of Aston Martin’s new AMR22 chassis.

“I think Abu Dhabi was just not right. The rules are the rules. When there’s a Safety Car, lapped cars get to overtake the Safety Car and then we go racing.

“There’s nothing that says half the cars can overtake and half the cars have to stay behind and then we’ll go racing. So those things can’t be modified during a race just to put on a show.”

“Definitely, that was an example of poor consistency,” said Stroll. “The rules are the rules and can’t be changing, modifying the rules for entertainment.

“It has to be sports first and if there is something that Formula 1 or the FIA maybe did wrong or could have done differently then that’s something to review in hindsight after the race. But I don’t think it’s right that that happened in Abu Dhabi.”

Stroll expects further discussions between the drivers and the FIA over how the race was handled.

“There’s been talks but everyone kind of disappeared after Abu Dhabi. So I’m sure we’ll touch on it some more as drivers with the FIA and with Formula 1 and all that leading up to the first race.”