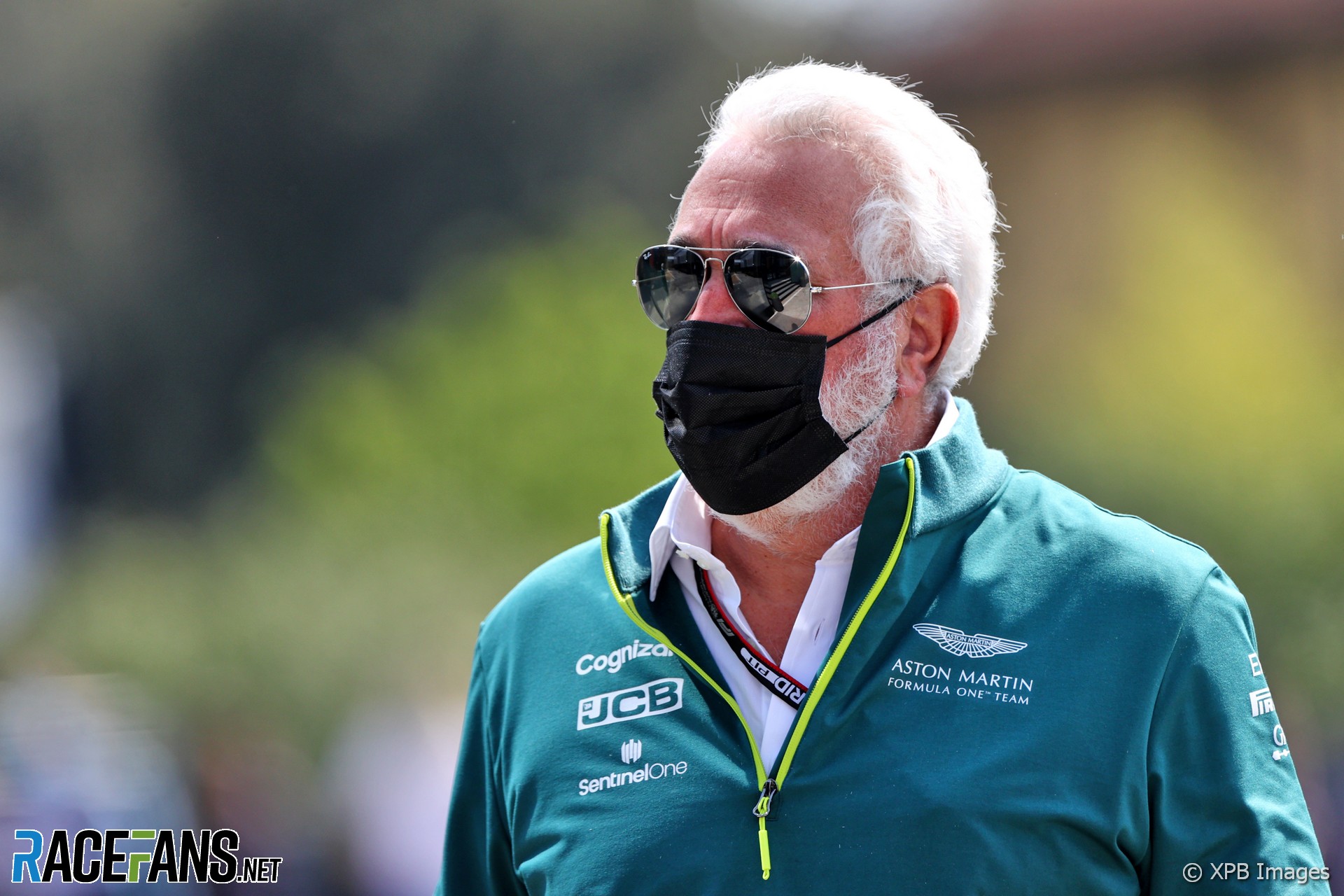 If you’ve invested hundreds of millions of dollars to rescue a struggling icon of the British automotive industry and bring them to new glories – both on and off the racetrack – you need a solid plan to make it happen.

When Lawrence Stroll and his business partners took over Aston Martin in early 2020 and immediately announced they would bring the famous name back to the Formula 1 grid after an absence of more than six decades, the team’s new co-owner held lofty ambitions for the Silverstone squad.

Stating that the rebranded team would be “highly competitive” from the outset, Stroll later revealed Aston Martin’s core mission to transform “into a Formula 1 world championship-winning organisation within the next four to five years.”

Many a manufacture has heralded their arrival on the Formula 1 grid by expressing their desires for mid-to-long-term championship glory and the vast majority have departed with tails between legs. But Stroll’s Aston Martin is a different animal – no longer an underdog, but a powerful predator, entirely confident in its ability to reach apex status in its new, unforgiving habitat.

And with the team’s newest car due to appear today, how is Stroll’s five year plan progressing into its second season?

The AMR-21 was launched 12 months ago on the back of Racing Point’s most successful season since its days as Jordan. Lawrence Stroll was confident that the team would be able to immediately build on that momentum into 2021. “The team’s ambitions are to pick up where we left off,” he had said. “I believe we’ve taken a new, big step forward as Aston Martin. It’s all a relative game – I’m sure our competition has taken a step forward as well. I have a good feeling that we’ve taken a little bit bigger step forward than them.”

However, it quickly dawned on the team that 2021 would be a much more challenging campaign than the one they enjoyed with their ‘pink Mercedes’ the year before. Snookered by subtle changes in the technical regulations which hit those using a ‘low-rake’ aerodynamic concept harder than their rivals, Aston Martin fell from fourth place in the constructors championship – with 195 points, four podiums and a race win in 2020 – to finishing their first year in green in seventh place, with just 77 points. Sebastian Vettel, newly hired from Ferrari, took their only podium (and lost a second to a technical infringement) while his team mate, Lawrence’s son Lance, never finished in the top five.

But while the 2021 season may have proved a disappointment on the track, major groundwork for Aston Martin’s long term future was being laid at its Silverstone base. In September, the team broke ground on a massive £200 million expansion of its factory, designed to not just expand their operation, but make it more effective and efficient. Featuring a new wind tunnel and an enhanced simulator, the “state-of-the-art” facility is planned to be operational by January.

As the first all new, purpose-built F1 factory for almost two decades, it’s hard to overstate how important this expansion is to helping Aston Martin bridge the gap from being perennial midfield runners into genuine contenders, able to compete head-to-head with the might of Mercedes, Red Bull and Ferrari. Crucially, in the age of the budget cap, Lawrence Stroll noted that Aston Martin’s heavily-revised headquarters would be unique in being “the only one currently fit-for-purpose with the financial regulations taken into consideration.”

But beyond the facilities and equipment needed for Aston Martin to evolve the way its owners desire, the right personnel and leadership to make the most of them is absolutely critical. It’s no surprise that Aston Martin have been the most active team of the last year in terms of seeking out talent from rival F1 teams and other motorsport categories to bolster their ranks ahead of the next phase of the master plan to unfold.

Just a week after breaking ground on their new factory expansion, the team announced that former McLaren CEO and team principal Martin Whitmarsh had been hired as group CEO of Aston Martin Performance Technologies, which encompasses their Formula 1 efforts. Whitmarsh’s mission was clear, with Lawrence Stroll reiterating that his new hire had been tasked with transforming the team into a championship contender “within the next four to five years.”

Red Bull’s head of aerodynamics, Dan Fallows, was named another major hiring by Aston Martin effort back in June 2021. But a legal wrangle between the teams meant they only recently agreed terms last month for Fallows to assume his new role as technical director in April. Aston Martin also prised away Mercedes’ chief aerodynamicist Eric Blandin and Alfa Romeo designer Luca Furbatto as part of the most aggressive recruitment drive the sport had seen in recent memory.

Earlier this year the team announced Szafnauer would be departing as team principal – as had been heavily rumoured – and soon after confirmed former BMW head of motorsport Mike Krack as his replacement. Krack brings with him a wealth of experience, including more than a decade in Formula 1, and even reuniting him with Vettel, who he had worked with during the then-rookie’s time at BMW Sauber.

Reporting directly to Whitmarsh, Krack will form an important piece of the puzzle, Aston Martin hope, as the team enters this second year of its five-year plan. A recent announcement of a joint title sponsor – Saudi Arabian national oil company Aramco – also reflected how the team was growing from a commercial standpoint.

With so many unknowns heading into this dramatically different new season, it’s difficult to predict how far up the field Aston Martin will be by the time the AMR22 hits the track in Bahrain for the opening race of the season. But with the benefit of a year’s worth of development input from four-time world champion Vettel, it’s likely the team will be expecting to better last year’s performance as a bare minimum.

Even if the 2022 season sees the Aston Martins feature in the middle of the pack once again, that will not be likely to worry the team at Silverstone or its ownership. With so many things falling into place, the future for the team in green is looking brighter than ever.