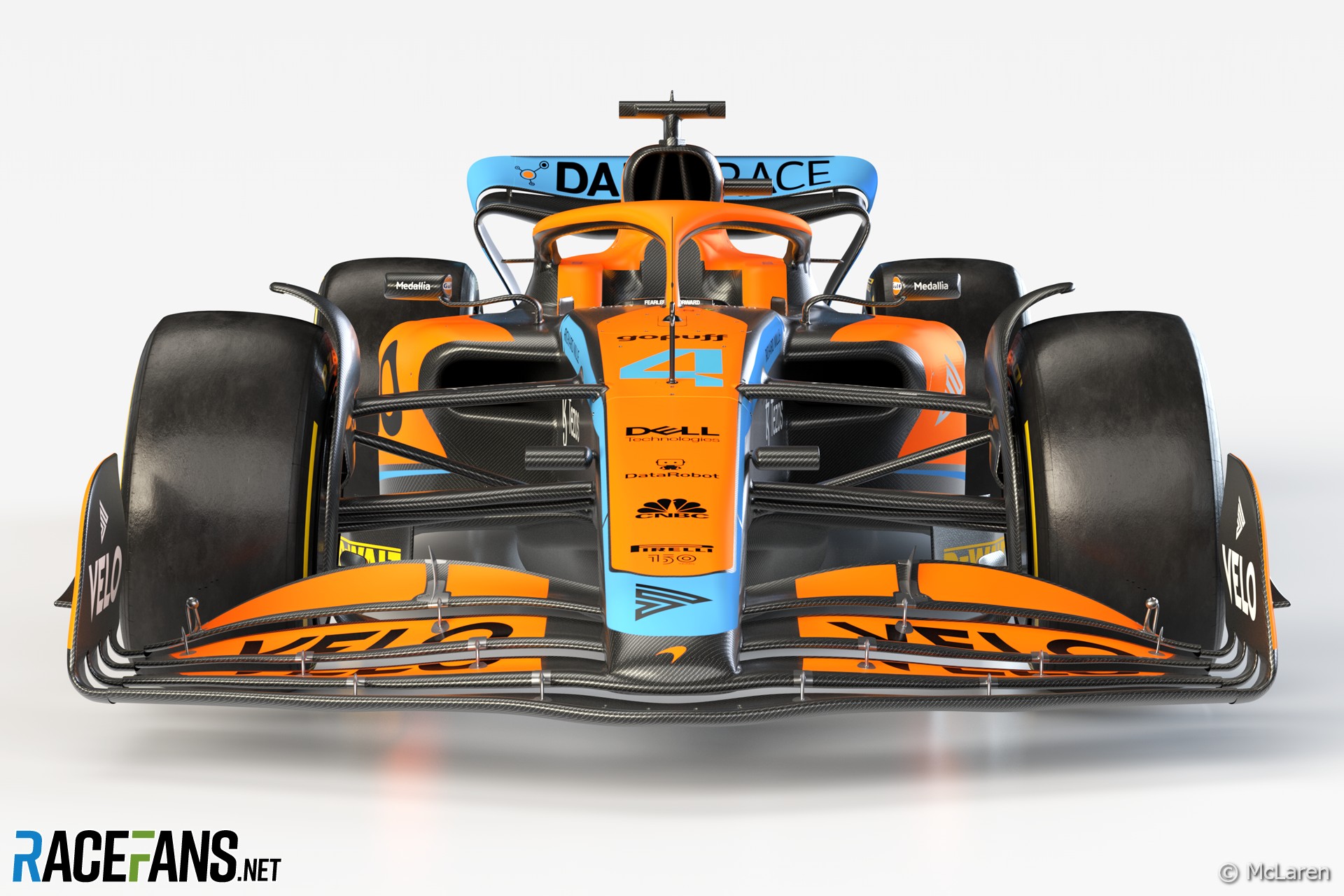 McLaren technical director James Key expects all 10 F1 teams will change their new cars significantly before the opening round of the new season.

Four of the ten Formula 1 teams have unveiled their car designs for the 2022 season. Haas presented renders of an early iteration of their VF-22 last week, while Red Bull showed off the livery of their RB18 painted onto a FOM show car. Aston Martin revealed a genuine car yesterday, which ran at Silverstone for the first time today.

Speaking at the launch of the team’s new MCL36 at the McLaren Technology Centre, Key confirmed the car shown off is the one they will run at the opening pre-season test in Barcelona. They will also conduct a filming day with the car before then.

“I think we can be proud of presenting a real car, because it absolutely is,” Key said. “It’s the car we’ll be taking to Barcelona.

“Yes, we’ve hidden a few bits and pieces for obvious reasons – there are some sensitive areas. As far as the development plan is concerned, like every team I’m sure, we have development steps to come early on, because it is still very much a learning process at this stage.

“We’ll be bringing some updates to Bahrain and the next parts are already in process now. I think we’ll see the car change. I’m sure everyone’s car is going to change.”

With such major rules changes affecting so many areas of car design for 2022, Key says there will be three main areas of focus for McLaren as they launch the MCL36 ahead of new season.

“I think there’s three phases to this,” Key said. “The first is learning your car – does it correlate, does it do what you expect it to do? You have directions on how you want to develop and how you want to move forward.

“The next is getting a rough idea of where you are – we don’t know. I think that will change dramatically through the season anyway. But getting a rough idea may bring some developments that are already in process now, based on our own knowledge, forward for example, just to try and plug the gap.

“Then there’s all the information you get from nine other teams. They’ve all faced the same challenges and problems that we have to try to squeeze as much performance out of a set of regulations which appear to be simpler, but actually are surprisingly complex in nature. Looking at what others are doing and where the trends are beginning to emerge, I think it will influence all of us as to what we do next and how we approach our development process.”