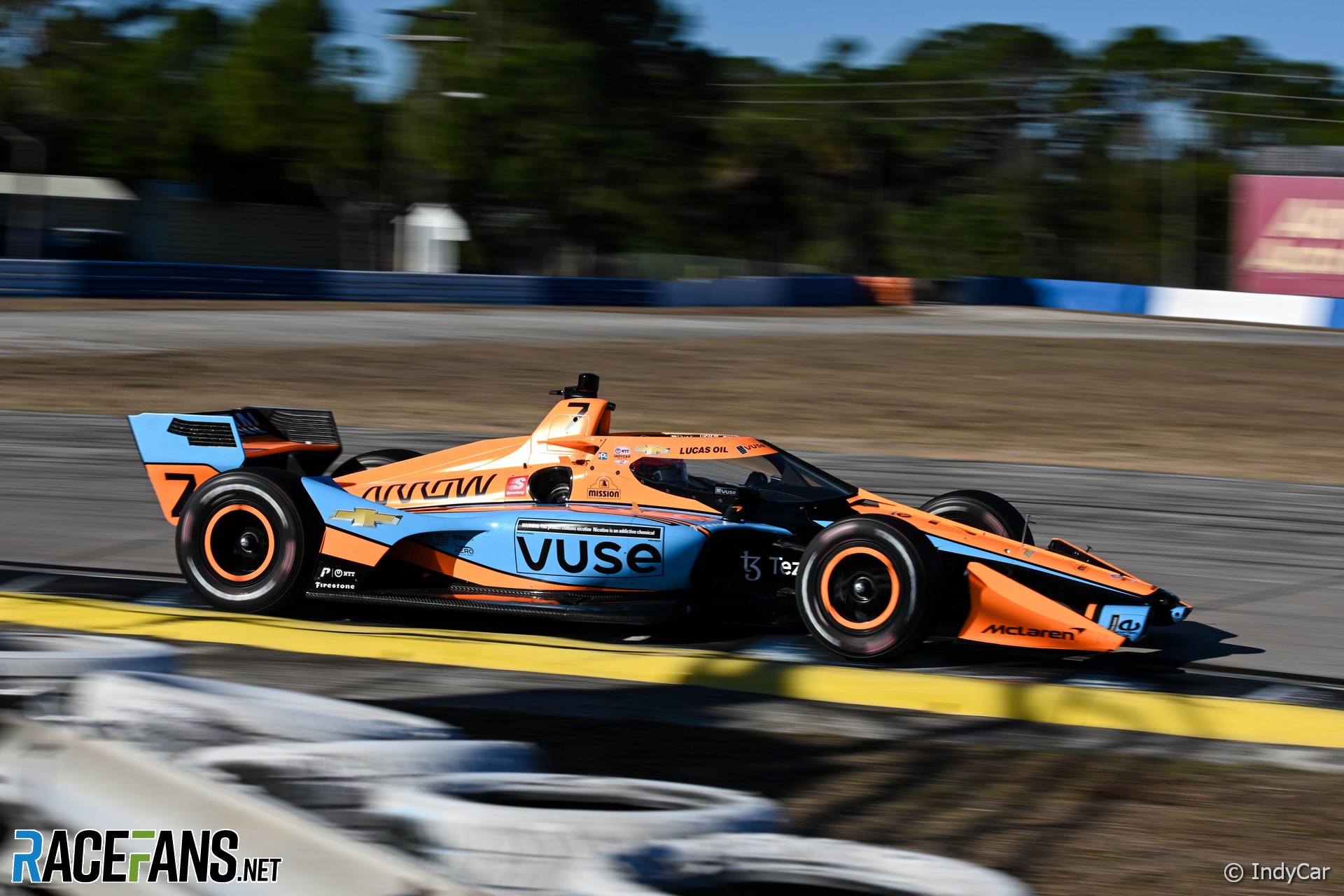 IndyCar pre-season testing began at Sebring yesterday involving many of the drivers who will take part in the 2022 season.

They were also joined by Kevin Magnussen, who is not contracted to race this year after making a one-off debut at Road America last year for McLaren SP. The former F1 driver tested for Ganassi at Sebring.

Several drivers who have changed teams during the winter appeared in their new colours. They include Romain Grosjean at Andretti and Jack Harvey at RLL.

The 17-round championship will begin on the St Petersburg road course in Florida next week.