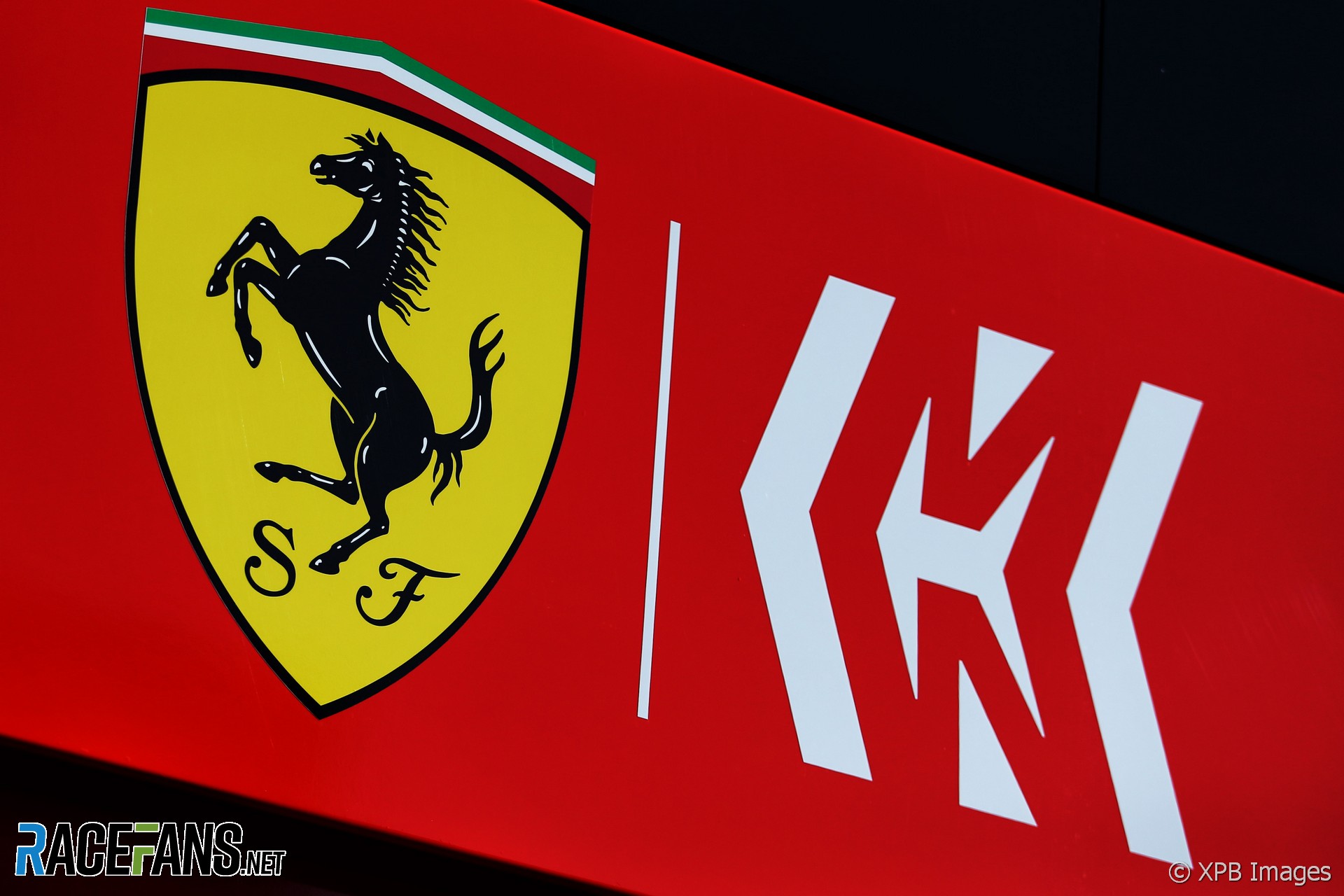 In the round-up: Ferrari are no longer carrying the logos of tobacco manufacturer Philip Morris International, which was behind its Mission Winnow branding.

Following speculation Ferrari would lose the backing of major sponsor PMI in 2022, the company’s Mission Winnow brand was absent from the F1-75 when it appeared yesterday.

Since 2019, the team have carried the company’s Mission Winnow branding on their Formula 1 cars at select races as part of their nearly 50 year commercial partnership with PMI.

Despite no longer having their branding on the Ferrari livery, PMI claim that their relationships with Formula 1’s most successful team, as well as Moto GP’s factory Ducati team, will continue.

Ferrari never won any of the races in which Mission Winnow branding appeared on their cars throughout the three seasons of the campaign.

Formula 1’s official Esports series received a 103% increase in 2021 compared to the year before, Formula One have announced.

Online audiences for the Pro Championship increased at each of the four events held over the two month racing league, which saw Mercedes Esports driver Jarno Opmeer successfully defend his Pro Championship drivers’ title against Frederik Rasmussen and Lucas Blakeley.

The Pro Championship accounted for the majority of the 23 million combined views of F1 Esports content throughout 2021, with the Challenger Series and Pro Exhibitions races making up the remaining share.

Former world champion and Indy 500 winner Jacques Villeneuve will compete in Sunday’s Daytona 500 after he secured the 36th fastest time in qualifying ahead of the race.

The 1997 Formula 1 world champion’s lap time of 51.010 seconds was enough to see him secure a place in the prestigious NASCAR Cup Series opener for the first time, after he failed to qualify on his first attempt back in 2008.

Racing with Team Hezeberg, Sunday’s race at the Daytona International Speedway will be the team’s first start in the premier class of NASCAR and Villeneuve’s fifth – his first since 2013.

“It’s not like winning the Indy 500 or the F1 championship,” said the 50-year-old. “But at this point in my career, the last time I tried to qualify here was 14 years ago, just to make the show is incredible.”

Finally! Masi is gone and we can begin to repair the damage done and move forwards.

Crazy seeing some of the vitriol in replies about Masi. He made a big mistake in a high pressure moment but he's just a regular person like the rest of us. Always seemed like a decent guy when I spoke to him. Just don't think he was cut out for that job, ultimately.

To help encourage consistency, their new plan is to interchange the role of race director on a race-by-race basis, do I have that right?

I. AM. IN. LOVE. ❤️
I can’t wait to be driving this beast.
What do you think ? pic.twitter.com/n7FkqP3tZJ

Looks fantastic – a nod back to the Ferraris I fell in love with in the late 1980s and early 1990s with the black wings!

Nice to see completely different side pod designs yet again compared to the other cars we’ve seen so far. https://t.co/pfmjr1J0f6

"The drive to improve racing comes alongside the continued push by F1, the FIA and the teams to improve safety standards. The 2022 cars will feature advances based on lessons learned from recent incidents, most notably Romain Grosjean’s incident in the 2020 Bahrain Grand Prix. "

"Newly announced Mercedes junior Daniel Guinchard has joined McLaren’s Ugo Ugochukwu as a member of a Formula 1 academy programme ahead of the 2022 F4 British Championship."

"To me, IndyCar is the most well-rounded racing series in the world. Our cars might not be quite as advanced as Formula 1, but they are still amazing machines that are very physical with a lot of horsepower. Our championship is nice combination of a drivers and manufacturer championship with a variety of racetracks that few other series can match. So, yes, I’m very bullish on IndyCar, now and for the future."

Have you been enjoying playing Wordle, but wished there was a Formula 1 equivalent? Use the stats clues to guess the driver of the day.

"Hear from Williams' newest signing Alex Albon as he discusses his return to Formula 1, how he's finding life at the Grove team and more."

After FIA president Mohammed Ben Sulayem confirmed that Michael Masi would no longer be Formula 1 race director following the investigation into the Abu Dhabi Grand Prix with a raft of changes to how races will be controlled moving forward, @alec-glen feels that stewarding is an area that deserves more attention in the debate over racing rules in Formula 1…

Often with these statements it’s the things that are not said that can be the most telling. In this case Masi had to go, he repeatedly made mistakes that he couldn’t blame on an external process/factor. Setting up the equivalent of a ‘New York’ set up to what the NFL has makes sense, the rules are complicated and sometimes it needs people in a low pressure environment to be able to check/confirm decisions made in the moment at the circuit.

The people not mentioned are the stewards. Isn’t it their role to be the reference point for the rules/regs? Masi repeatedly referred to them when talking to teams to check on processes/rules/regulations and they sit there with access to everything, supposedly being the calm voice well versed in the rules. With this effectively moving that to FIA HQ, we should be asking what will the stewards be doing? Who will have overall authority between HQ and the stewards at the circuit? Who will the people be making judgements at HQ? Will they perhaps need people with driving experience there also? There’s lots we need to be asking.

I think it’s the correct course of action as the stewards are there to support the race director and at a number of races last year they were found wanting, leaving the race director open to criticism from all sides. Although the headlines will be that Masi is gone, it’s the potential replacement of the stewards that I think is the real story here.
@alec-glen

Happy birthday to _Ben_ and Mike!