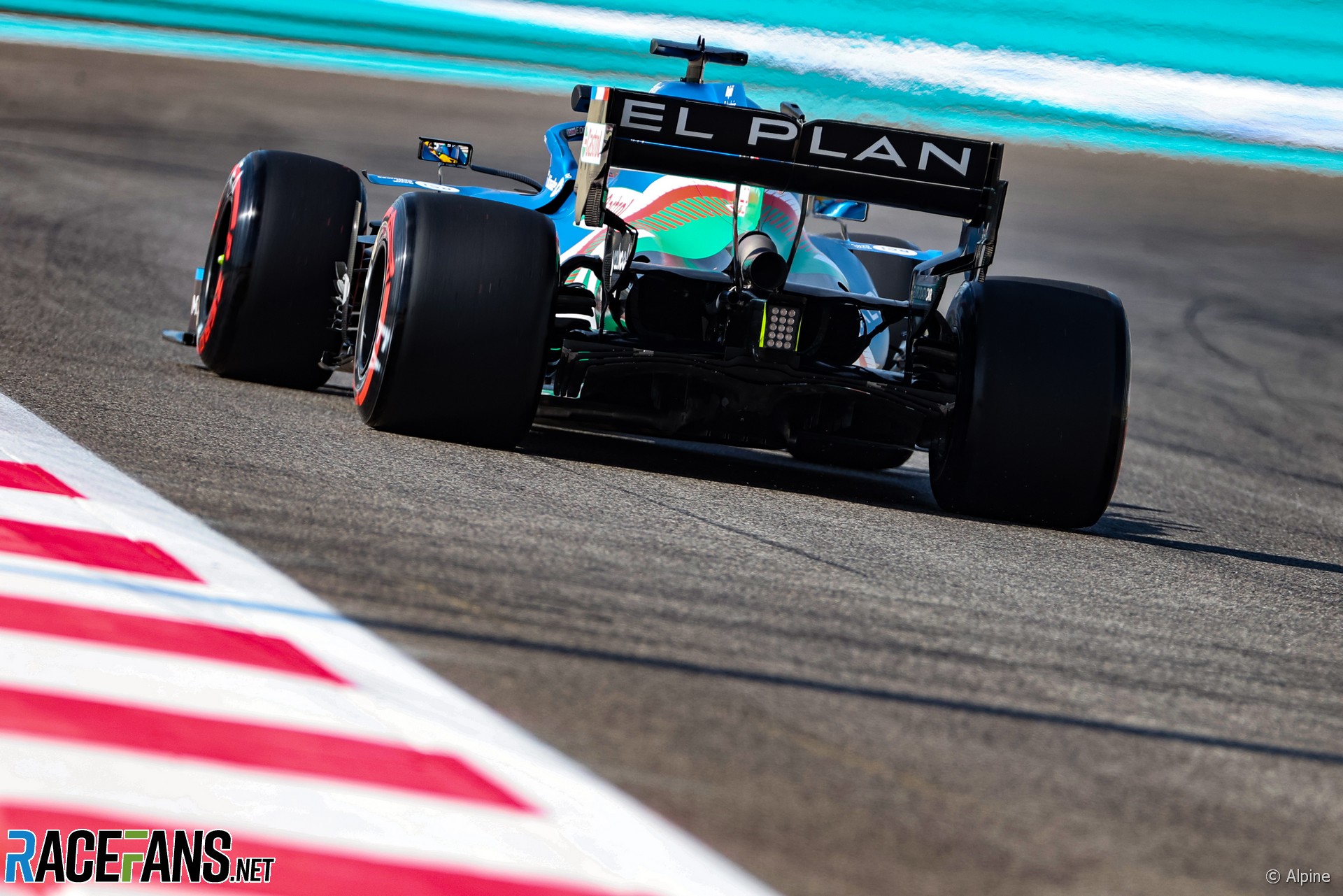 When Renault took over the Enstone team formerly known as ‘Lotus’ and turned them into a full factory outfit once more in 2016, they had a plan.

“The roadmap that we have in mind… is to be in the podium after three or four years,” then-managing director Cyril Abiteboul revealed at the launch of the Renault’s first F1 car in 2016.

While Abiteboul’s vision was eventually realised in 2020 with multiple top three finishes for Daniel Ricciardo, it was not enough for the French manufacturer to remain committed to having their name emblazoned on their team’s Formula 1 cars into the future, or to keep Abiteboul in his leadership role in the team.

Instead, a rebrand to Alpine for 2021 marked a fresh start with fresh opportunities, as well as a revised target for the future. Driver Fernando Alonso would later encapsulate Alpine’s renewed mentality and overall dedication to the future by coining the mantra of “El Plan”.

When pressing the reset button on an organisation’s identity and core mission, it’s always best to start at the top when shaking things up.

With Abiteboul departing, newly appointed Alpine CEO Laurent Rossi took over as team leader – temporarily, it would turn out – while the team also carried out the rare act of dipping into the well of talent in Moto GP and hired Suzuki team manager Davide Brivio, fresh from a world championship, to be Alpine’s new racing director. Marcin Budkowski was made an executive director of the team to bolster the team’s leadership structure heading into the first year under the Alpine banner.

Rossi made it very clear that, for the team, there was a new target in their sites – and the ambitions went far beyond mere podiums. The new timeframe for success was now 100 races – roughly over five seasons beginning in 2021 – to become a championship winning team.

To do that, they needed not only a strong management structure, but drivers who were capable of buying into the system and helping to provide the on-track results needed to grow over the next few seasons.

Who better, then, than two time world champion and Formula 1 retiree Fernando Alonso? Having taken the Enstone team carrying the Renault name to both his championships in 2005 and 2006, Alonso opted to return to the sport to complete his mission of claiming that elusive third crown.

The major regulations rewrite for 2022 and the opportunities they offer over the seasons to come was ultimately what drew Alonso back to being a full time F1 driver. His return in 2021 was about proving to the team and to the watching world that one of the most celebrated drivers of his generation had lost none of his speed or his killer instinct during his two years away from Formula 1.

He achieved just that, showing that he was more than still capable of battling side-by-side with old rival Lewis Hamilton in a faster Mercedes despite crossing 40 years of age – the point in which only the most elite drivers tend to capable of maintaining the high level of performance needed to stake a claim to one of the 20 seats on the grid.

While Alonso celebrated a high in Qatar with his first podium in seven years, team mate Esteban Ocon – experienced, yet still relatively young – enjoyed a breakout season with an outstanding drive in Hungary to lead the entire race and claim his first grand prix victory. The team’s form may have fluctuated from circuit to circuit, but those major results enabled Alonso and Ocon to move Alpine into fifth place in the constructors’ championship by the end of the season.

In the summer, Ocon signed up with the team for 2022 and beyond, before Alonso’s future with the team was confirmed weeks later, as was expected. It was a solid driver line up Alpine to prepare for their entry into the new era of Formula 1.

But the restructuring of Alpine was by no means over and by the end of the year, rumours were abound that Aston Martin CEO Otmar Szafnauer was being courted to join the Alpine project as team principal. While Szafnauer himself initially dismissed the rumours as “misinformation”, eyebrows were later raised in January when it was announced that Szafnauer was indeed leaving Aston Martin. Once Alpine and Budkowski agreed to go their separate ways, there was a convenient space as team principal for Szafnauer to potentially fill.

Then, just days ago, Szafnauer was confirmed, but the Alpine structure had changed once again. Joining was former FIA deputy secretary general for sport, Bruno Famin, who will oversee Renault’s power unit factory in Viry Chatillon in France. No minor role, given that Viry only supplies Renault power units to Alpine and the engine freeze incoming until the next generation of power units is agreed and implemented in around four years’ time.

That long-term thinking is also evident in the Brivio being named director of racing expansion projects, which not only sees him oversee Alpine’s programmes in all international racing series such as the World Endurance Championship and future endeavours, but also having a major role in the Alpine Academy – the team’s junior driver programme. While having boasted arguably the brightest F1 junior prospect since Charles Leclerc in the form of Oscar Piastri, a lack of free seats in the team’s two cars sees the young Australian take a reserve role for this season – almost surely the only year in which he’ll be sidelined from the F1 grid.

Guanyu Zhou, on the other hand, has found an opportunity at Alfa Romeo for the 2022 season and a chance to prove to Alpine that he could be a genuine contender for the team’s future, should the stars align that way. The team have also signed former Red Bull junior Jack Doohan to their academy, and fellow F3 driver Olli Caldwell as the pair step up to full campaigns in Formula 2. While a team rarely scores a hit on every single one of their junior drivers prospects when it comes to nurturing them into Formula 1 talent, Alpine could soon find itself with the welcome problem of an abundance of talent with not enough room to fit them all into Formula 1.

Alonso and Ocon will likely both be looking to move closer to the front of the field in 2022 but, this year more than any, it’s almost impossible to judge what could happen when the radical new cars are let loose in anger at Bahrain. But when the team do unveil their new car on Monday, it will be with the confidence of knowing they now feel they have all the pieces in execute ‘El Plan’ and begin the process of turning their dreams of championship glory into a reality.