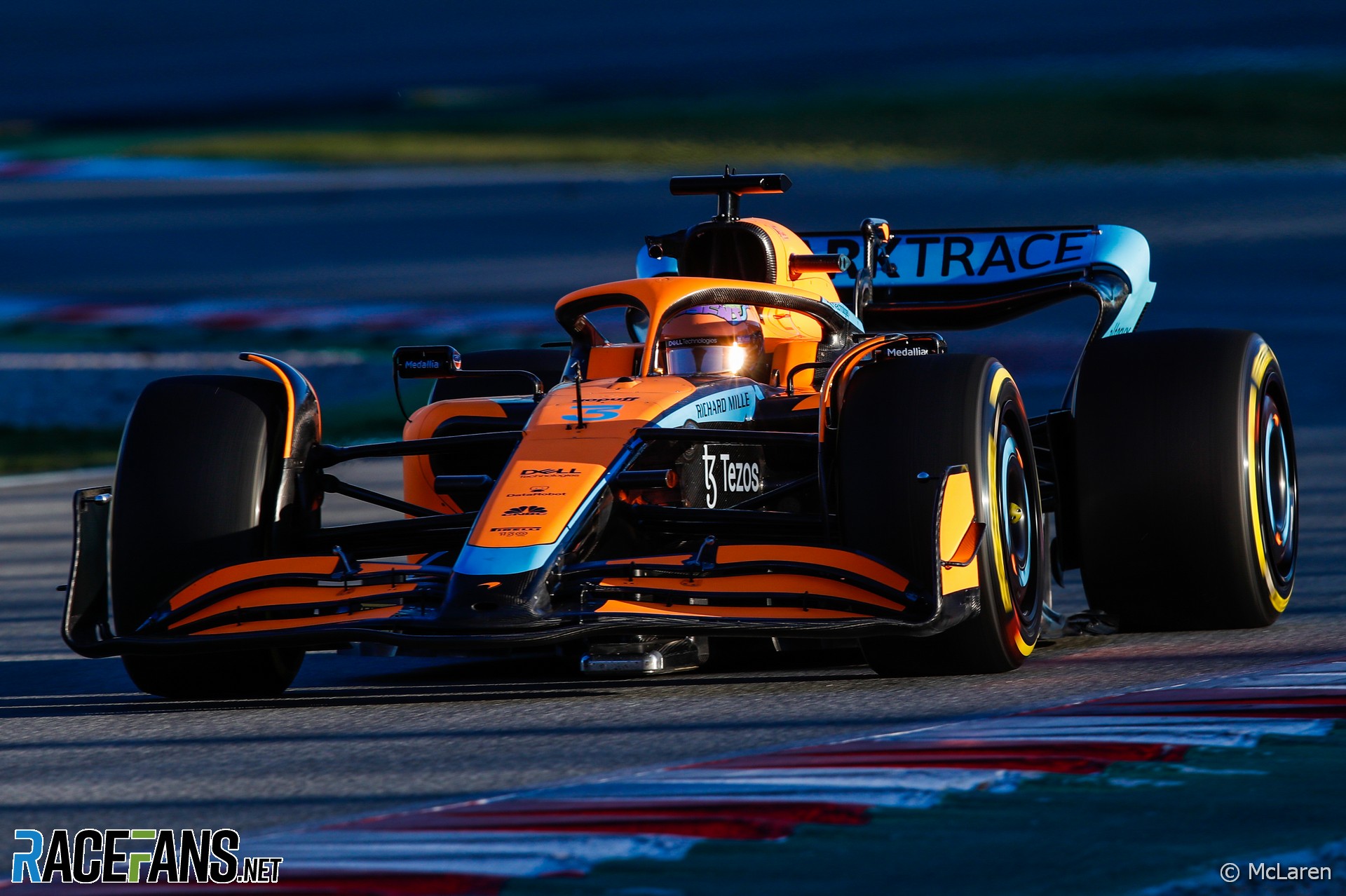 The driver line-up for the start of pre-season testing at the Circuit de Catalunya has been confirmed.

Robert Kubica is the only test driver so far to have been given an opportunity to participate in this week’s test. He will drive the new Alfa Romeo C42 this morning before handing it over to the team’s regular drivers.

The other nine teams are all expected to use their race drivers throughout the test. Many will rotate between them on each day, however Red Bull, McLaren, Alpine and AlphaTauri are among those who will have the same drivers in their cars all day today.

New world champion Max Verstappen will be on track for Red Bull today. His team mate Sergio Perez will have to wait until tomorrow to begin testing, as will Daniel Ricciardo and Yuki Tsunoda.

Teams have three days of running at the Circuit de Catalunya today and a further three days in Bahrain ahead of the first race of the season next month. The teams intend to conduct wet track testing on the afternoon of the final day on an artificially drenched surfaced, unless it rains prior to then.