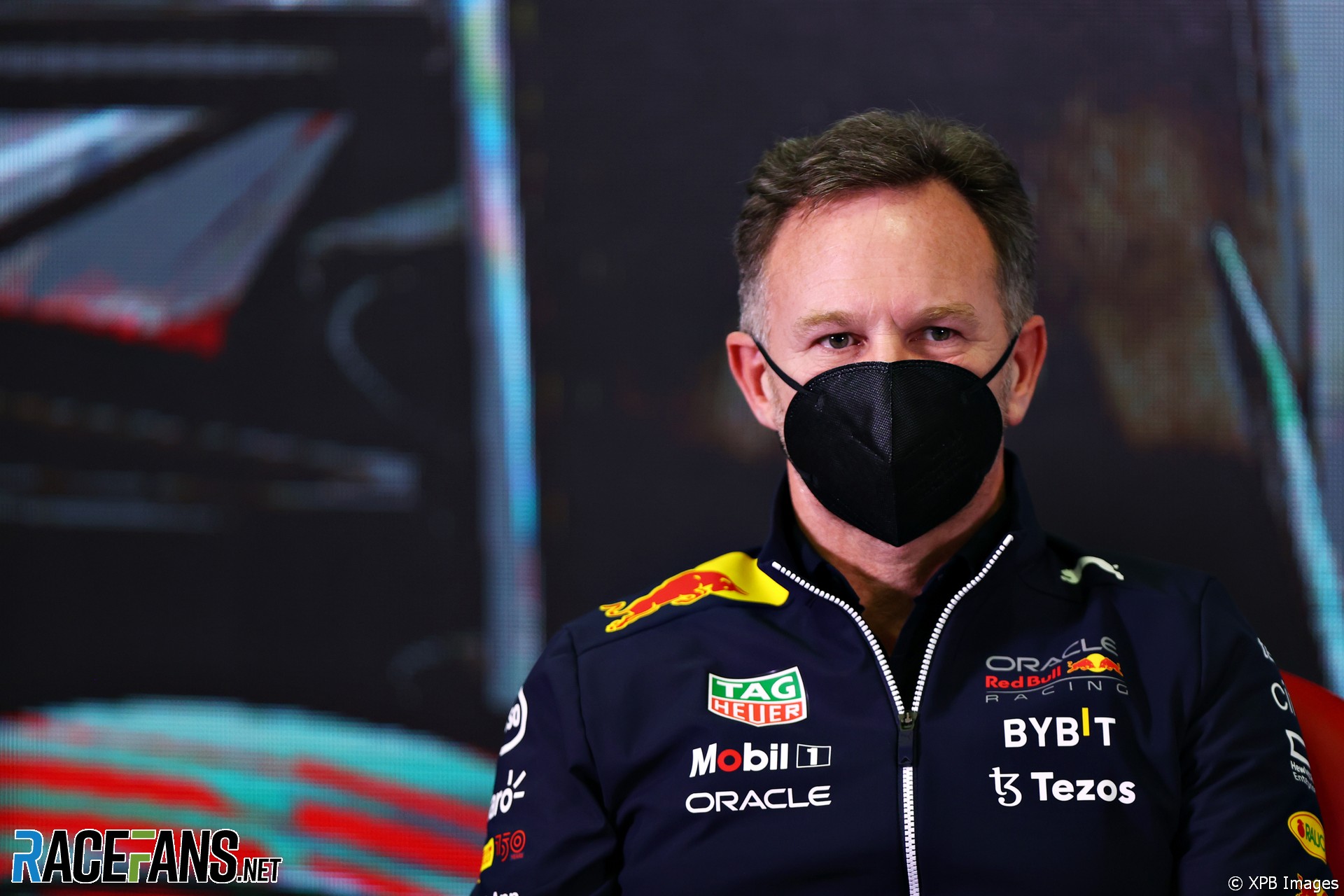 Christian Horner disagrees with Lewis Hamilton’s suggestion some of Formula 1’s stewards show bias towards certain drivers when it comes to penalty decisions, but agrees F1’s rules must be made clearer.

New FIA president Mohamed Ben Sulayem announced a series of changes to race direction in Formula 1 earlier this month following the controversy which rose after the Abu Dhabi Grand Prix. Former F1 race director Michael Masi will not return for 2022, following his decision to restart the season finale with one lap remaining after a late Safety Car when he had only allowed cars between Lewis Hamilton and Max Verstappen to un-lap themselves.

Ahead of his first stint in the new Mercedes W13 in pre-season testing, Hamilton claimed some F1 stewards may be biased in favour of certain drivers they know personally. However Mercedes team principal Toto Wolff said he does not believe that there is a “conscious bias” among FIA stewards.

Wolff’s opposite number at Red Bull, Christian Horner, also said he does not believe stewards have any biases for or against certain drivers.

“We’ve all been on the receiving end of stewards decisions that we’ve been unhappy about,” Horner said. “I would agree with Toto that I don’t think there’s an intended bias. I’m not aware of any stewards travelling with drivers to the races.”

Horner says that one of the root causes of the controversies over stewards’ decision, the lack of clarity in the rules, is being addressed this year.

“I think a lot of issues are to do with the regulations themselves,” said Horner. “Because you’ve got very complicated regulations that then leave room for interpretation.

“I think the circuit limits one is an obvious one in that, in any other sport, being over a white line [means] you’re out. You have a situation like we have currently where some corners it’s okay, some corners it isn’t. I think that – for the fans and even for the teams of the drivers – it’s confusing. So what you need is clear rules which are then easier to police.

“In Mohammed, we have a new president who is looking to bolster the structure and to bring in the equivalent of a VAR – something that certainly the top teams have available to them. I think giving a better infrastructure for clearer decisions with clearer regulations is something that should be strived for.

“But I certainly don’t think that there was any bias from stewards during the last seasons.”