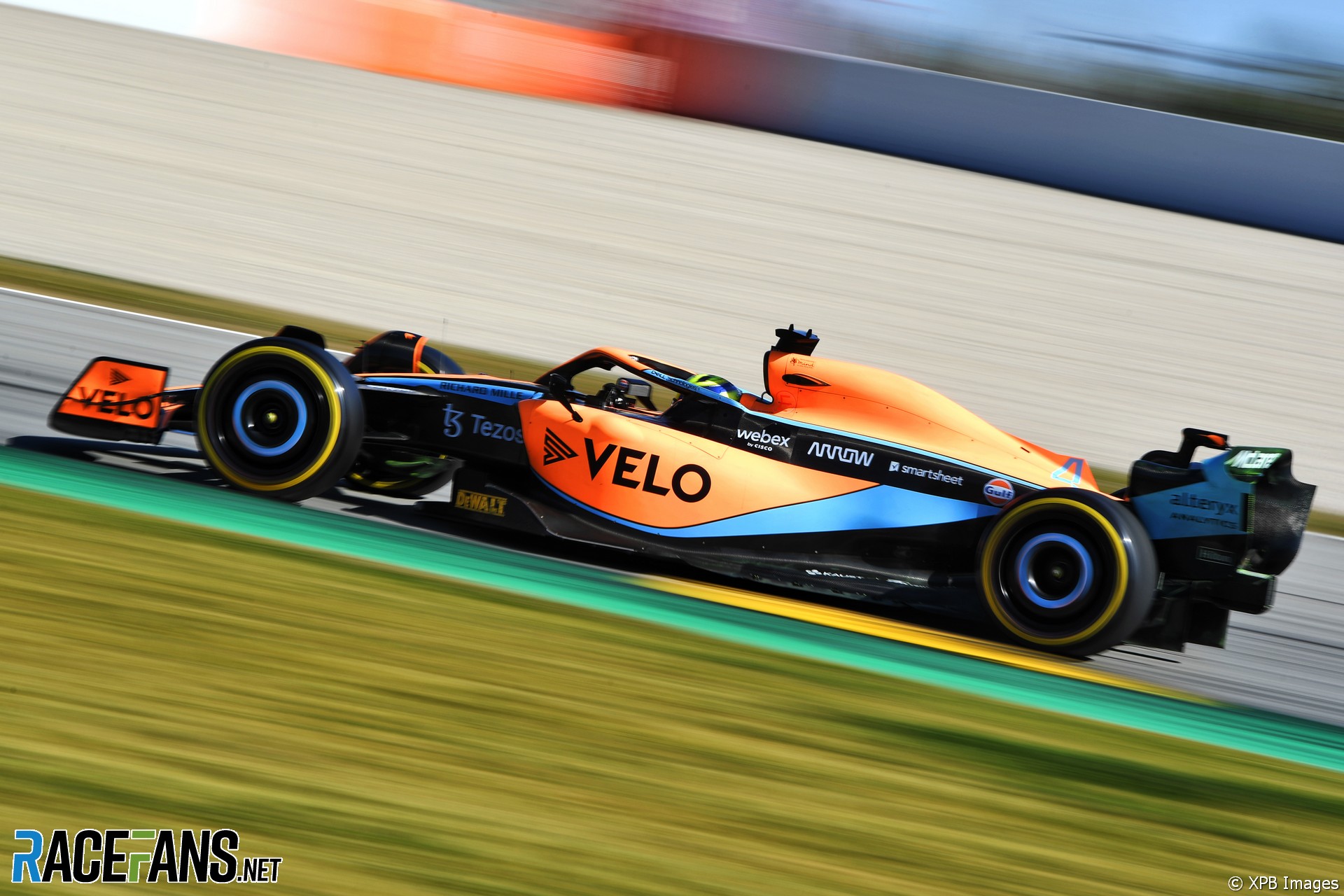 Lando Norris says he “learnt a lot” about the MCL36 after topping the first day of testing, but downplayed McLaren’s pace compared to their rivals.

Norris completed 103 laps of the Circuit de Catalunya as he carried out a full day of running behind the wheel of the MCL36 as Formula 1 began it’s brand new era with dramatically redesigned cars for the 2022 season.

After setting the quickest time of the day with a 1’19.568 – six tenths faster than Charles Leclerc in the Ferrari – Norris said that while he enjoyed a positive first day back, reading too much into his lap times would be a mistake.

“I don’t care if I’m first or last,” said Norris. “I think, if anything, it’s worse if you’re in first, because now everyone thinks we’re amazingly fast – which I don’t really reckon we are.”

McLaren ran to a different programme that many of its rivals during the first day of testing, Norris believes.

“We were just on a slightly different run plan to other people,” Norris explained on Wednesday. “I think we’ll see in the next few days that people will probably go much quicker than what I did.

“It’s still a good day. It was our first chance to compare the wind tunnel car that we have, everything we’ve learnt over the last year to make the car we have today. It’s the first time actually running it and seeing what it can really do.

“So it’s nice to be able to compare these things and already give everyone back in Woking to see that information, to try and develop the car and already make progress with it.”

Norris will not be back in the car until Friday, after handing over to team mate Daniel Ricciardo for today’s running.

“I would have liked a couple more laps,” Norris admitted. “We planned for a few more, we had a couple of niggles here and there. So yeah, not bad, enjoyable and nice feedback behind the car, so I can’t wait for Friday to drive again.”