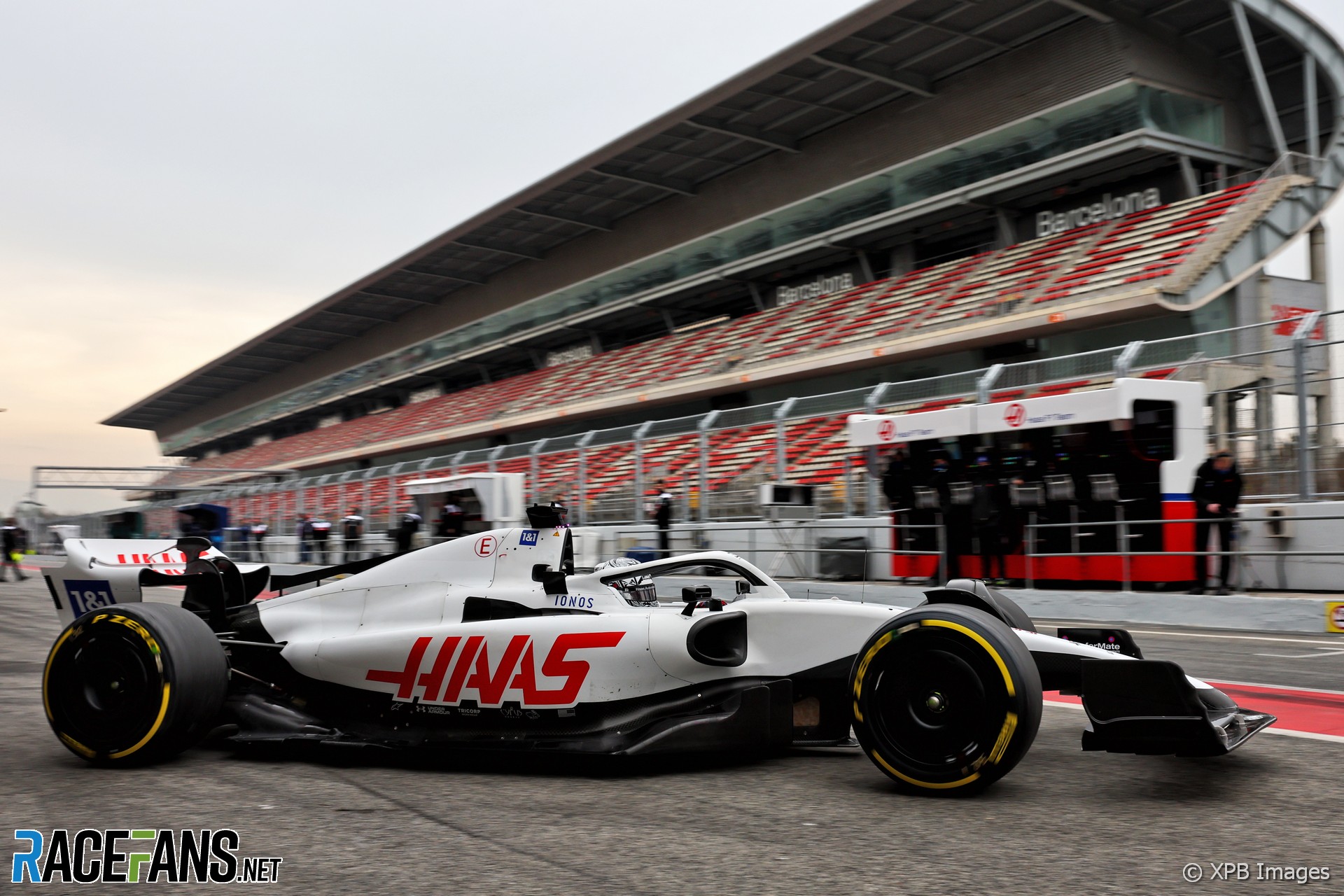 Haas’s car has appeared in a revised livery after the team removed their Uralkali sponsorship logos and Russian flag colour scheme.

The car now has a largely plain white body and blacks wings. The logos of German web hosting company 1&1 remain on the car, as well as those of the team’s suppliers.

The team confirmed yesterday it would make the change following Russia’s invasion of Ukraine. It has also removed the Uralkali logos from its facilities.

Nikita Mazepin and Mick Schumacher are due to drive for the team in the last day of this week’s three-day test at Circuit de Catalunya.