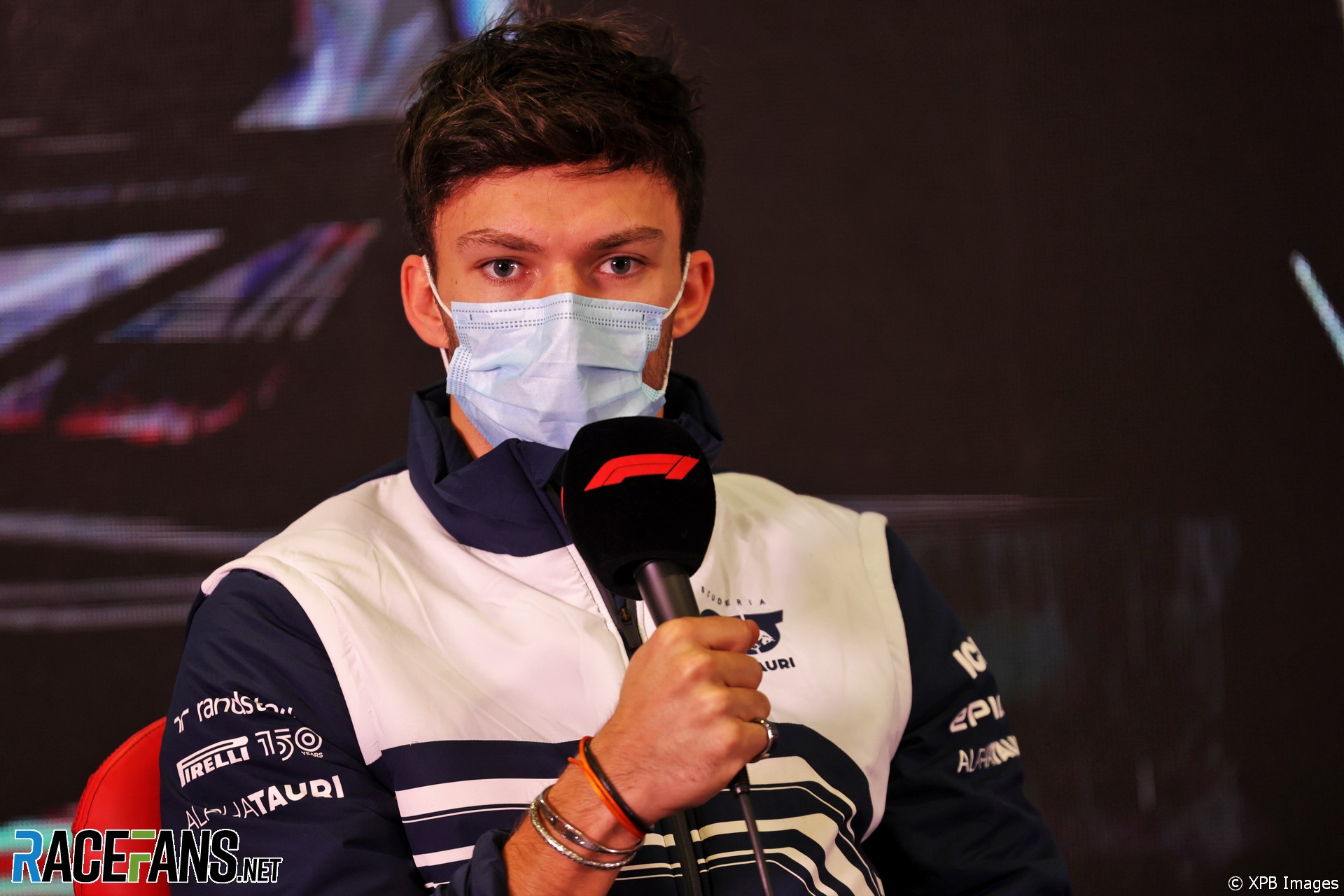 Pierre Gasly made an impassioned plea for countries to support Ukraine and praised Formula 1’s decision not to race in Russia following the country’s invasion of its neighbour.

F1 announced earlier today it would be “impossible” for the race to go ahead. Gasly was one of several drivers to praise the move.

“I’m actually really pleased this decision was was made,” he said in response to a question from RaceFans. “To me, it’s completely the right one.

“Especially knowing they are in war, personally I don’t support the actions they are taking right now, so it’s kind of a relief F1 is also supporting and cancelling the grand prix itself.”

Gasly said he was “personally affected, having some people close to me who are in Ukraine right now.

“So hopefully they can find a solution. About the Russian Grand Prix, I think it was definitely the right decision to make.”

Gasly said he had seen footage of the attacks which began after Russia sent military personnel into the country on Thursday morning. “It’s really, really sad to see what’s happening, in 2022, to see some people, families, basically breaking families and people dying from basically a reason which I don’t support is very sad and especially seeing all these videos.”

“I do hope other countries really support Ukraine in that sense because it’s a small country, we know how powerful Russia is,” he added. “We know how many people they have. It’s kind of an unfair fight in a way. I’m just very sorry and feeling very sad for these families out there who are actually quite stuck.”

Lando Norris, who took pole position for last year’s race in Sochi, said he did not want to go to Russia this year.

“It’s sad to see what’s going on in the world right now. I think it’s a very good decision Formula 1 have made, because personally it’s not a place I would want to be going right now.

“It’s very sad to see everything that’s just going on and the innocent lives which are being taken as well.”

Yesterday Sebastian Vettel said he would not race in Russia if the grand prix went ahead. Today George Russell said the drivers “all would have stood together in that” with him “but fortunately the guys in the helm of Formula 1 and the FIA came to a conclusion very quickly so we didn’t have to make any difficult decisions.

“So I’m thankful the decision has been made and so swiftly as well.”