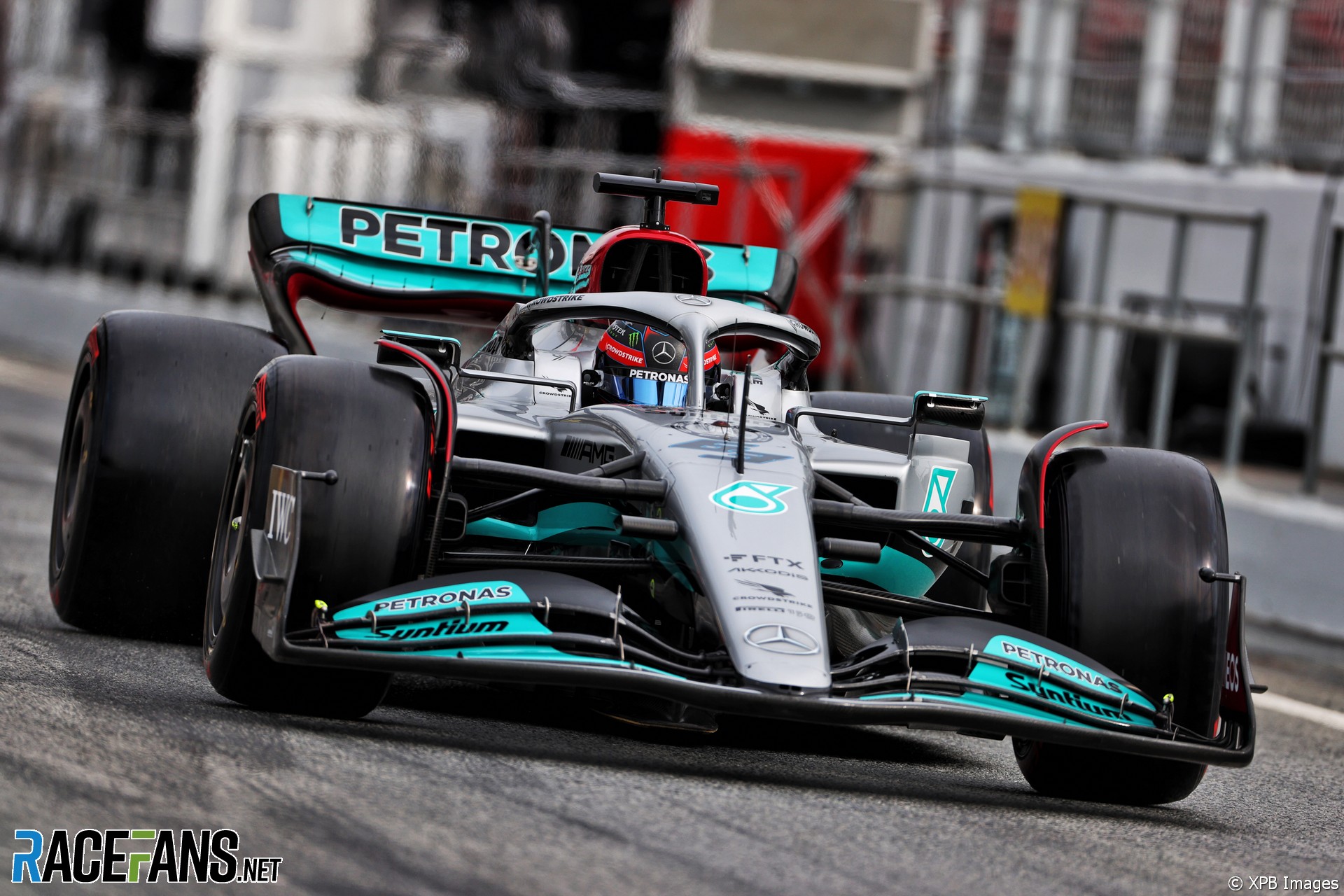 Russell set the quickest time of the three-day test so far with a 1’19.223 with the use of the C5 Pirelli tyres, the softest compounds available and covered another race distance of 66 laps. Max Verstappen set a best time just over half a second slower than Russell’s best in the Red Bull RB18.

It was a morning session disrupted on multiple occasions by red flags, including an early stoppage when Fernando Alonso came to a halt with a smoking Alpine 522 after 12 laps. The team confirmed it had suffered a hydraulic leak that had caused a fire in the car, which would end their running for the day and, therefore, the test itself.

Pierre Gasly brought out a second red flag when he spun his AlphaTauri AT03 at turn five, ending his session early with just over an hour to go. He ended the morning ninth in the timings after recording 40 laps.

Guanyu Zhou had a difficult session in the Alfa Romeo, spinning into the gravel to bring out the red flags. After his car was recovered, the rookie was able to rejoin the track but immediately stopped out on the circuit, stopping proceedings once again.

With less than ten minutes remaining the track was red flagged for a fifth and final time when Sebastian Vettel stopped on-track, causing an early end to the morning’s running. He would end the session fifth fastest of all in the Aston Martin after covering 48 laps of the circuit.

Nikita Mazepin drove only nine laps in the VF-22 which had been hastily stripped of all Russian colours and Uralkali branding. A suspected leak left the car in the garage for most of the morning. Mazepin is due to hand over the car to team mate Mick Schumacher for the afternoon running.