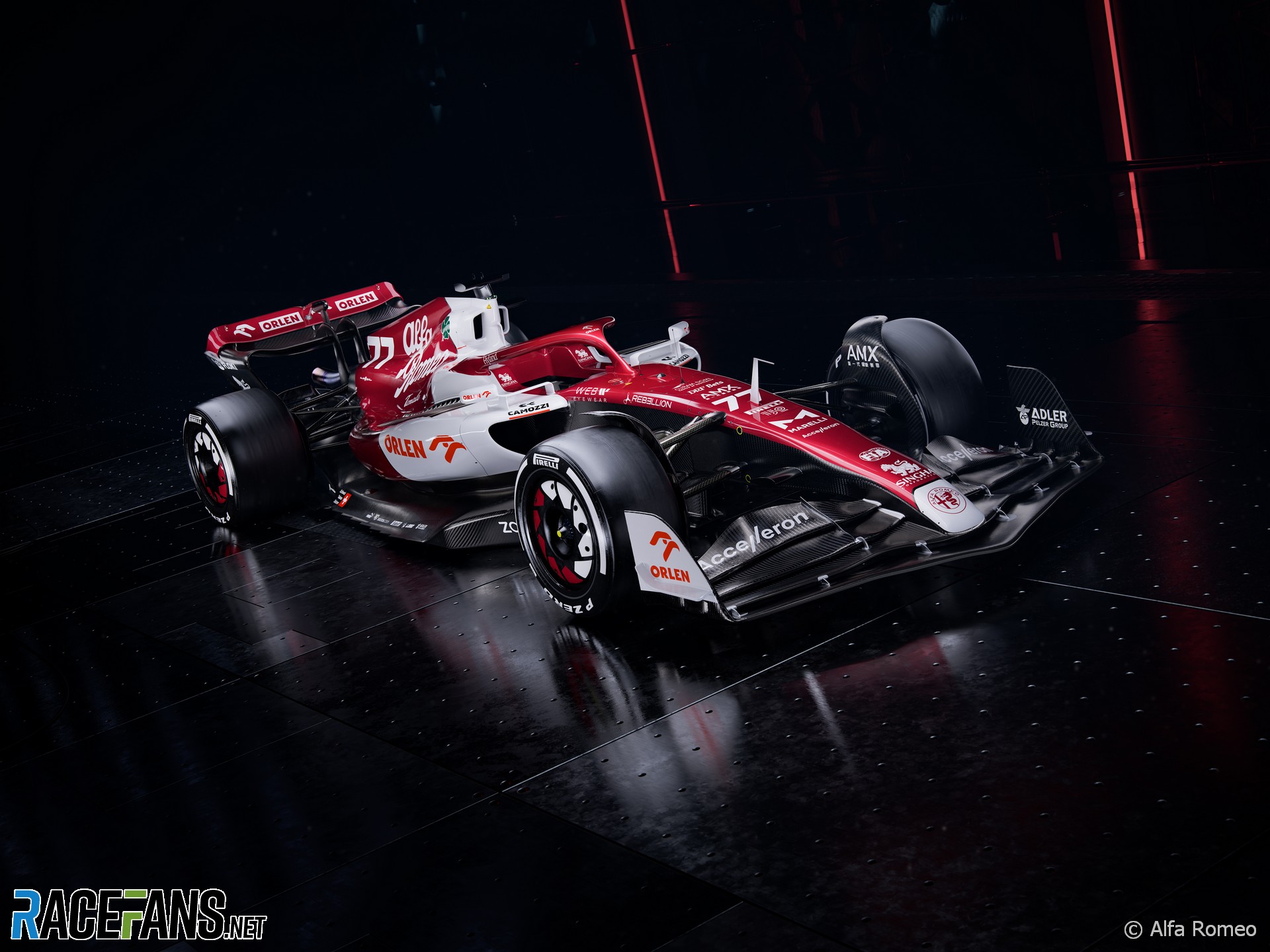 Alfa Romeo has officially revealed the C42, its new car for the 2022 Formula 1 season, in its definitive livery.

The car previously appeared in a grey camouflage livery in pre-season testing and when it made its debut in a filming day at Fiorano.

Following a troubled 2021 campaign, in which the team fell to ninth place in the standings, Alfa Romeo is the only team to have enlisted an all-new driver line-up for the new season.

Valtteri Bottas arrives at the team from Mercedes. He is partnered by the only newcomer to the series this year, China’s first F1 race Guanyu Zhou.

The team had a difficult start to pre-season testing as the C42 covered the fewest laps of any car at the Circuit de Catalunya this week.

However team principal Frederic Vasseur is optimistic about the team’s chances for the season ahead. “The C42 is a car we look forward to seeing racing,” he said, “not just because it is the first we built in this new regulations cycle, one in which racing should be closer and more thrilling, but because we have the utmost confidence in this car helping the team make a big step forward towards the front of the grid.”