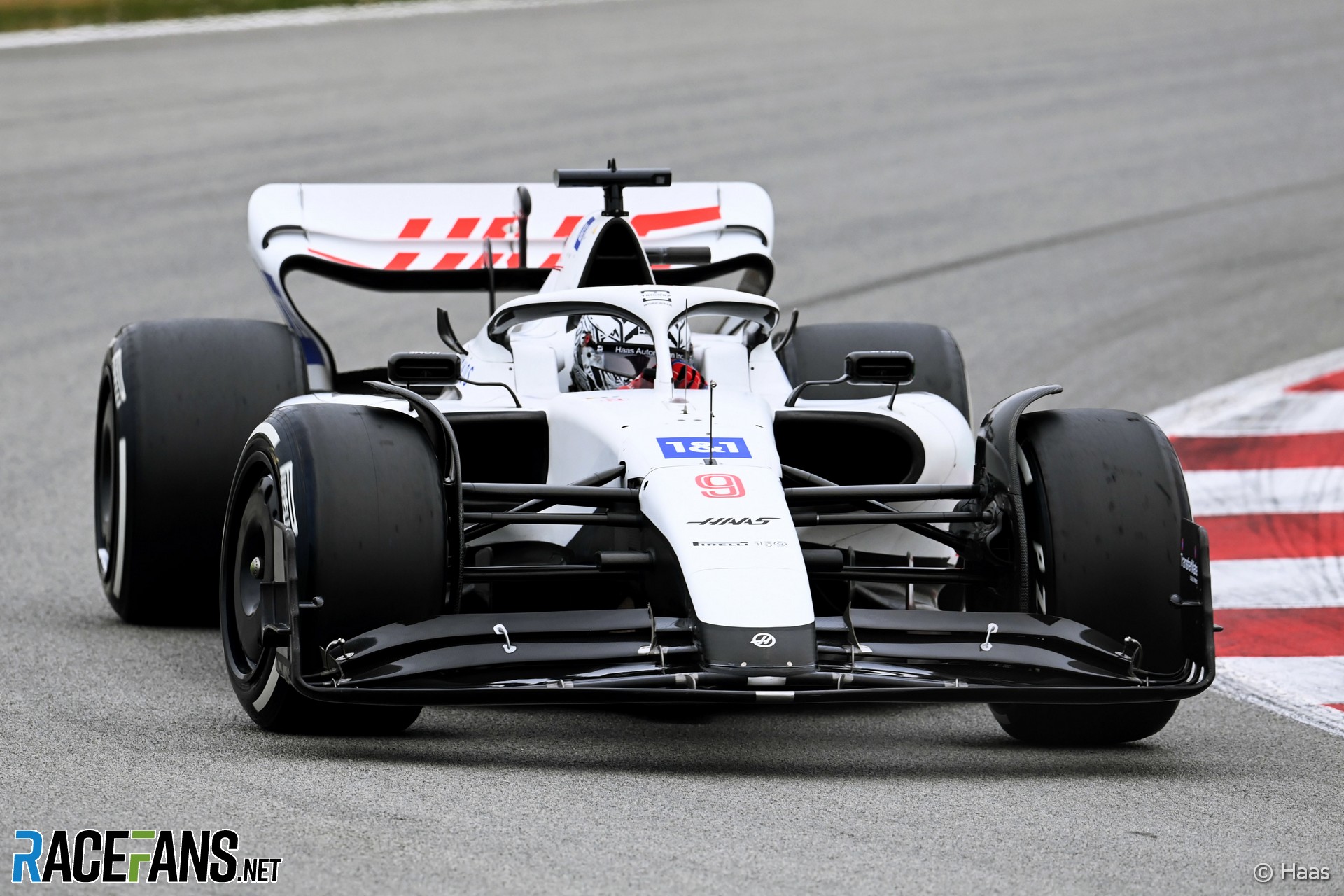 Haas can withstand the loss of income if its ties with title sponsor Uralkali are severed, according to team principal Guenther Steiner.

The Russian fertiliser producer’s branding was removed from the team’s cars and facilities on the final day of last week’s test at the Circuit de Catalunya. The associated colour scheme which matched the flag of Russia was also removed following the country’s invasion of Ukraine on Thursday.

Steiner said the disruption would not affect the team’s ability to compete in Formula 1 this year. “It is a headache, because it’s work, but it’s not something which disturbs the team on the competition side,” he explained.

“Financially we are okay. It has no [implication] on the team, how we are running it or how we’re doing, how we planned this season. There are more ways to get the funding so that there’s no issue with that one.”

The team said it will decide in the coming weeks whether it will continue its association with Uralkali. However it has continued to remove the company’s logos from its public presences, including its website.

Following the invasion, Russian individuals and businesses have been hit with a series of sanctions by the United States, European Union, United Kingdom and other countries. Yesterday a group of Russian banks were removed from the Society for Worldwide Interbank Financial Telecommunication (SWIFT) messaging system which handles payments, preventing many businesses in the country from conducting foreign transactions.

Speaking on Friday, Steiner said it was not clear whether the disruption to the SWIFT system would have consequences for Haas. “Up to now the official sanctions from any of the governments have no influence on our business,” he said. “I would need to check with my finance department about if SWIFT is switched off how that works because Uralkali is a global company. I don’t really know how that would work out.”

The team agreed its deal with Uralkali at the end of 2020 after running into financial trouble during the Covid-19 pandemic. Steiner admitted the latest setback had been unforeseen but is certain it won’t harm the team’s competitiveness this year.

“We haven’t been planning for this. Obviously we monitor the situations, we are not sitting there ignorantly until something happens. But when it happens you need to see how it develops.

“I’ve never experienced something like this, so I didn’t know how this would go down. But I think we just manage it in the same way going forward.”

“The team out on the race track, they are not affected by this,” he added. “I spoke with them yesterday and told them there’s nothing to worry for them, everything is fine, this is a bump in the road which we didn’t expect and nobody expected. Nobody wants it, you know?

“I think as a team, we took the right decision in this moment in time to send a message as well to everybody. We are behind the team, the team is behind us, what we are doing.”

Team owner Gene Haas visited last week’s test in Spain. Steiner says he “stands behind the decision” to remove the Uralkali branding from their team.