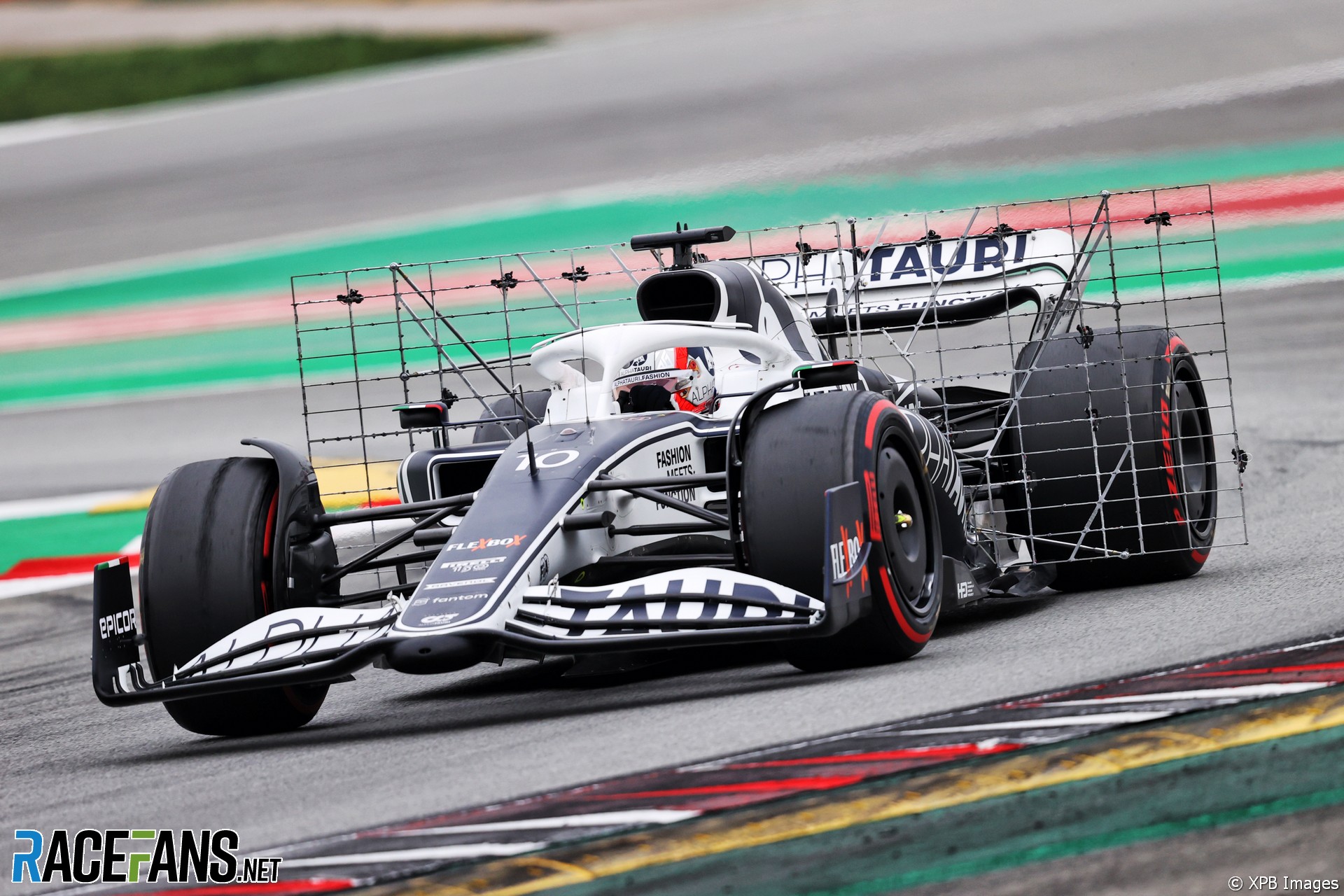 In the round-up: AlphaTauri team principal, Franz Tost, said their data from the opening three day test in Barcelona correlated better with their projections than they expected following their move to a larger, 60%-scale wind tunnel.

AlphaTauri team principal, Franz Tost, said their data from the opening three day test in Barcelona correlated better with their wind tunnel projections than they expected. The AT03 is the first car the team has designed after moving in line with their rivals by switching to a 60% scale tunnel.

The team completed 308 laps over the course of the first three day test in Barcelona last week between drivers Yuki Tsunoda and Pierre Gasly, before their final day’s running was cut short by damage sustained by Gasly hitting the tyre barriers.

With three days of real world testing data from their AT03 to analyse, Tost says that the team’s figures matched their wind tunnel projections “better than expected”.

“To find out how close we are really there, we did a lot of measurements the last days with our racks, as you could see, with the sensors mounted on there,” Tost explained.

“Now the engineers are analysing the data and this is then the data basis for correlation with CFD and the wind tunnel. But the information I got is that we, from the beginning onwards, had quite a positive correlation. Of course, now as we have a lot of data from the racetrack, it’s much easier to build up this.”

Ed Carpenter, who previously confirmed he would return to the Indianapolis 500 this year, has added the four other oval races on IndyCar’s 2022 calendar to his schedule. He will enter the next round in Texas, return to the team for the Indy 500 in May, take on the double-header at Iowa in July and finish his season at Gateway in August.

Red Bull junior Liam Lawson set the quickest time over the second day of pre-season testing in Bahrain ahead of the FIA Formula 3 season.

The Carlin driver set the quickest time of the test so far in the evening session, the only driver to break the 1’42 barrier. Fellow Red Bull junior driver Jehan Daruvala was second fastest for Prema, with Sauber academy driver Theo Pourchaire third quickest ahead of new Williams junior driver Logan Sargeant.

The test will conclude follow today’s third and final day, before the Formula 2 championship begins at the Bahrain International Circuit for the opening two races on the weekend of the Bahrain Grand Prix.

Hadjar, who will make his debut in the FIA F3 series with Hitech this season, topped the times with a 1’47.516, just under a tenth quicker than Victor Martins for ART. It was the fastest time of all 30 drivers who had participated over the first two days of running.

Alonso says that A14 Management will help to support a “small group” of young drivers through their ranks of motorsport.

Yeah, but I was an unusually old git for an F1 Driver. #f1

By my calculations, by the time Max Verstappen's Red Bull contract expires (assuming Jan 1 2029), he would have been a contracted #F1 race driver for 5,114 days, or 44.80% of his lifespan on Earth.

These cars look 🔥 Proud to be sporting the Williams colours 🔵 #WeAreWilliams https://t.co/RMp03BnsCm

"McLaren Racing is donating towards UNICEF’s emergency appeal and is reaching out to McLaren colleagues, friends and fans to raise awareness of UNICEF’s work globally and their Ukraine emergency appeal. If you’d like to show your support and donate, please go to: www.unicef.org.uk/donate/mclaren"

"Performance wise it’s difficult to estimate where we are because we don’t know how much fuel the other teams were running or what engine modes they were in. But what was good is that both drivers were happy with the car. The feedback they gave us suggested that they can push with this car, they can follow and brake late."

"It was a great day. This morning I did my first laps back since Jeddah, so it was a long break for me, but we were right on it. We were right on the pace, and I was extremely happy that my first five or six laps were really competitive."

"She attempted to make her Grand Prix debut in the British GP at Brands Hatch, in a Brabham BT42 rented from Bernie Ecclestone. She wasn’t far off team mate John Watson’s times initially in a similar car, but failed to qualify by nine-tenths after a driveshaft failure."

Hamilton has been named the third most-loved sports personality in the world behind LeBron James and Simon Biles when comparing social media searches and online sentiment.

With Max Verstappen having signed a massive six year contract extension to remain at Red Bull, @milesy-jam thinks that the world champion is putting a lot of faith in his time by committing with them for so long…

A massive show of confidence in Red Bull from Max. These new regulations could bring them back into the pack a bit if they don’t get it right. Also you would have to think there would be uncertainties in RB making their own engine for the first time.
A huge call from both sides to commit to such a huge deal when their success together is still so young, and history shows that even the best team-driver relationships don’t last forever.
Lewis only stayed another 4 years at McLaren after his first title. Senna was another 5 years after ’88 with McLaren and won another two championships. Seb won another 3 WDC in 4 years after 2010 with Red Bull yet he left as soon as the success dried up.
If I was to predict now, I think that the Red Bull-Verstappen relationship could be one of the most successful of all time or could explode in a hot mess very quickly.
@milesy-jam