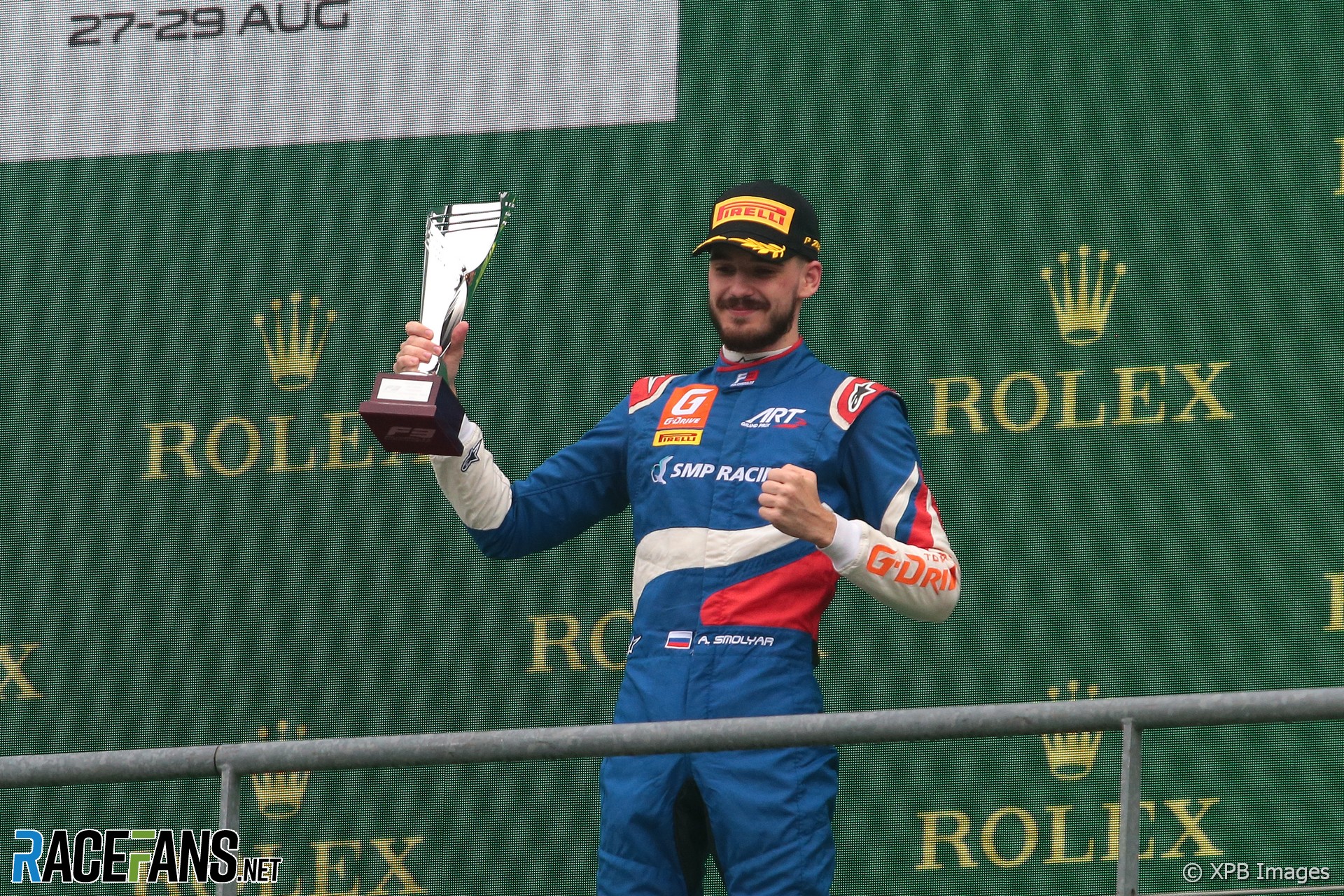 Formula 3 driver Alexander Smolyar has joined the growing number of Russian drivers who have opted not to continue racing in the wake of the country’s invasion of Ukraine.

Smolyar, who finished sixth in F2 last year, was due to return to the championship for a third season, with MP Motorsport.

However following Russia’s invasion of Ukraine two weeks ago, the FIA announced any Russian competitors in its series would have to participate as neutrals. The sport’s governing body also required Russian drivers to sign declarations that they “acknowledge the strong commitment made by the FIA to stand in solidarity with the people of Ukraine” and undertake to “not express any support (direct or indirect) for the Russian and/or Belarusian activities in respect of Ukraine.”

Smolyar, who is backed by Russian junior driver programme SMP Racing, confirmed in a social media post today he had decided to pull out of the championship.

“I will not compete in FIA F3 and any international racing series this year,” he said. “I stand with the decision of SMP Racing to stop its European program as a result of an unprecedented requirements that FIA put on any Russian driver as a condition for access to international competitions.”

He is the latest in a series of Russian drivers who have either lost their seats or opted not to compete this year. Formula 1 driver Nikita Mazepin was dropped by his team Haas after they severed ties to his father’s company Uralkali.

The only Russian driver in W Series, which will run at eight grand prix weekends, has also stepped down. Irina Sidorkova was replaced by Jem Hepworth for last week’s test at the Circuit de Catalunya.