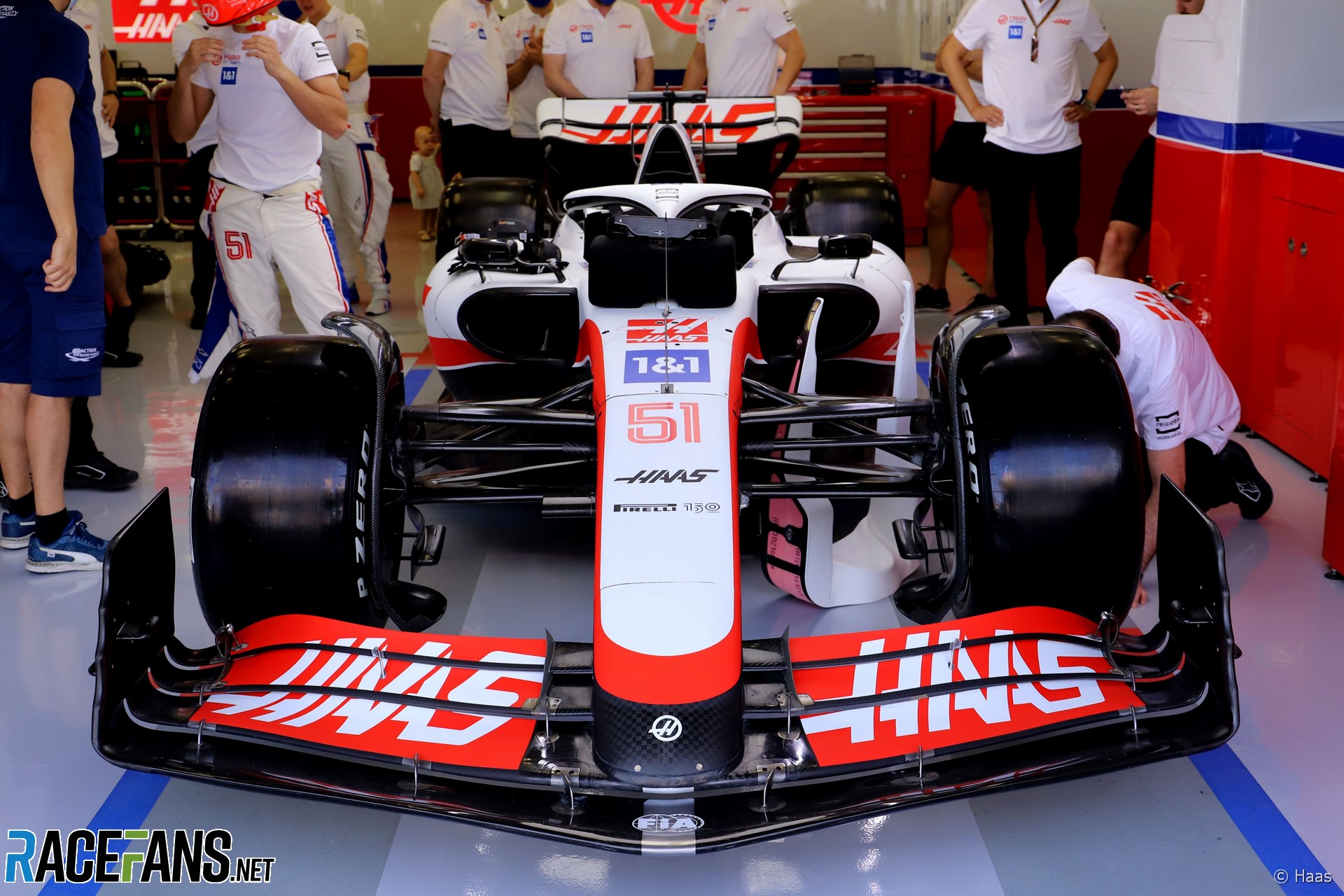 Haas have revealed images of the revised livery they will race in for the 2022 season after dropping title sponsor Uralkali.

The revised livery features greater use of red, with the previous blue of the Russian flag having been removed from the car.

The team terminated their commercial partnership with the Russian fertiliser producer as well as race driver Nikita Mazepin as a result of complications from sanctions on Russian businesses and athletes due to the Russian military invasion of Ukraine.

The decision follows Formula 1 cancelling the contract of the Russian Grand Prix while the FIA announced that no events will take place in the country after condemning the invasion.

The team had originally removed Uralkali branding from their cars for the final day of the first test in Barcelona, immediately following the invasion. Uralkali say that the company is considering legal action after the decision by Haas.

Kevin Magnussen has been announced to race alongside Mick Schumacher in Mazepin’s place for this season. The previous Haas race driver will return after a year out of the sport in 2021.