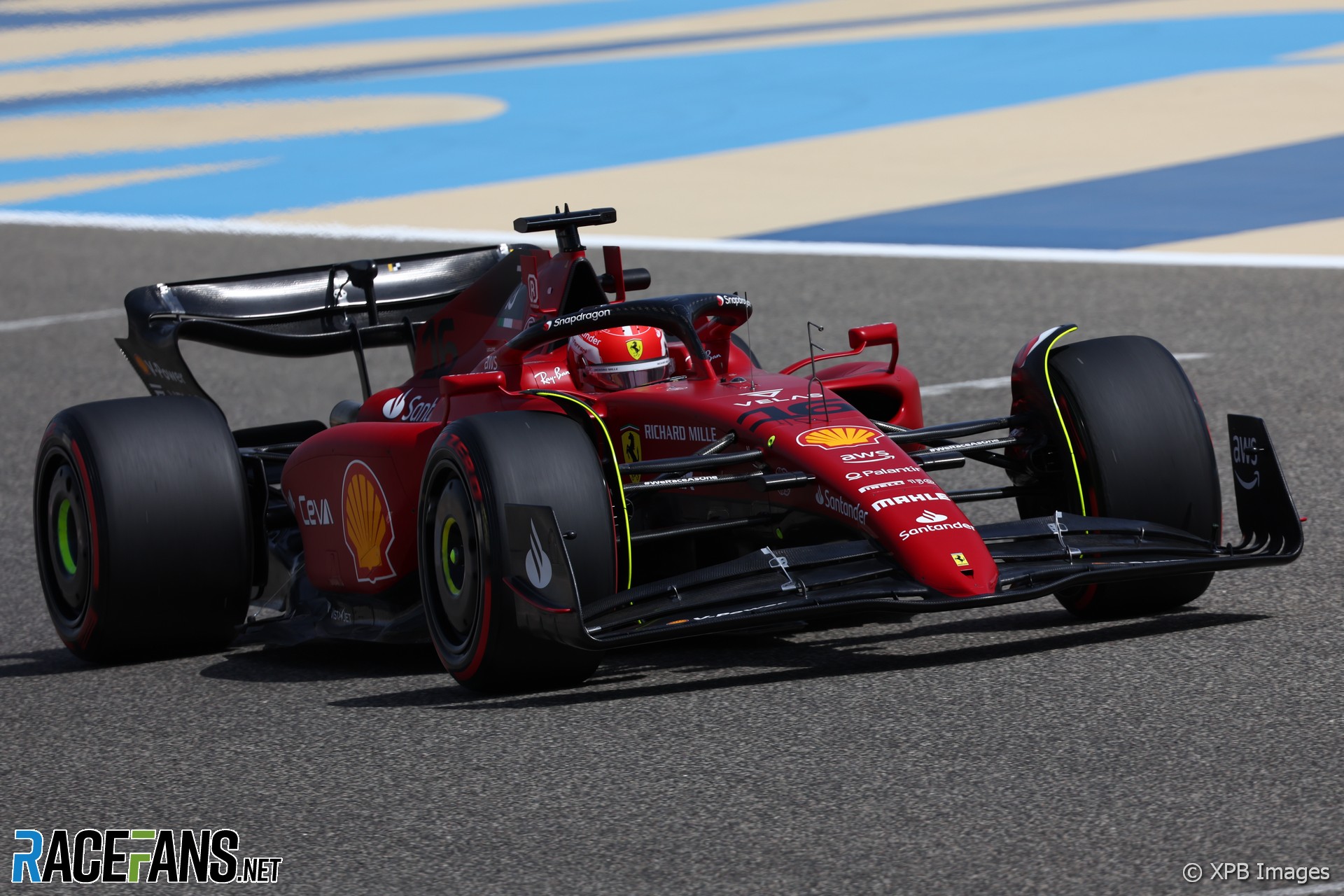 Charles Leclerc put Ferrari on top of the timesheets during the morning session of the first day of the second pre-season test in Bahrain.

The Ferrari driver set a fastest lap of a 1’34.531 to go quickest of all nine runners during the morning, half a second faster than Alexander Albon in the Williams.

Sebastian Vettel was third-fastest in the Aston Martin, ahead of Sergio Perez in the Red Bull and Lewis Hamilton’s Mercedes.

It was a productive morning for the teams that participated in the session, with only one interruption for a scheduled test of the Virtual Safety Car system in the final ten minutes.

A number of drivers struggled with lock ups under braking with the low-grip surface around the Bahrain International Circuit. The tight, downhill left hander of turn ten, including Hamilton, Vettel, Perez and Zhou Guanyu.

Albon had to abandon an early run after complaining of a hot seat causing discomfort in the Williams FW44. He was able to return to the circuit later on and completed a total of 53 laps

Hamilton was the first Mercedes driver to take the radically modified W13 to the circuit, covering 62 laps in the car sporting a dramatic new ‘sidepod-less’ design. He briefly was seen with electrical tape flapping loosely on the side of the Mercedes as the team tested the effects of covering up the vents on the bodywork of the car.

Haas were the only team who did not participate in the session, due to their freight plane being delayed and only arriving in Bahrain last night. Pietro Fittipaldi is expected to be able to take the VF-22 out for the first time in the afternoon session.

Carlos Sainz Jnr will take over the Ferrari F1-75 from Leclerc in the afternoon, while George Russell will step into the W13 for the second session.

Daniel Ricciardo was originally scheduled to run in the McLaren MCL36, but he was replaced by team mate Lando Norris after the team reported that the Australian was unwell.