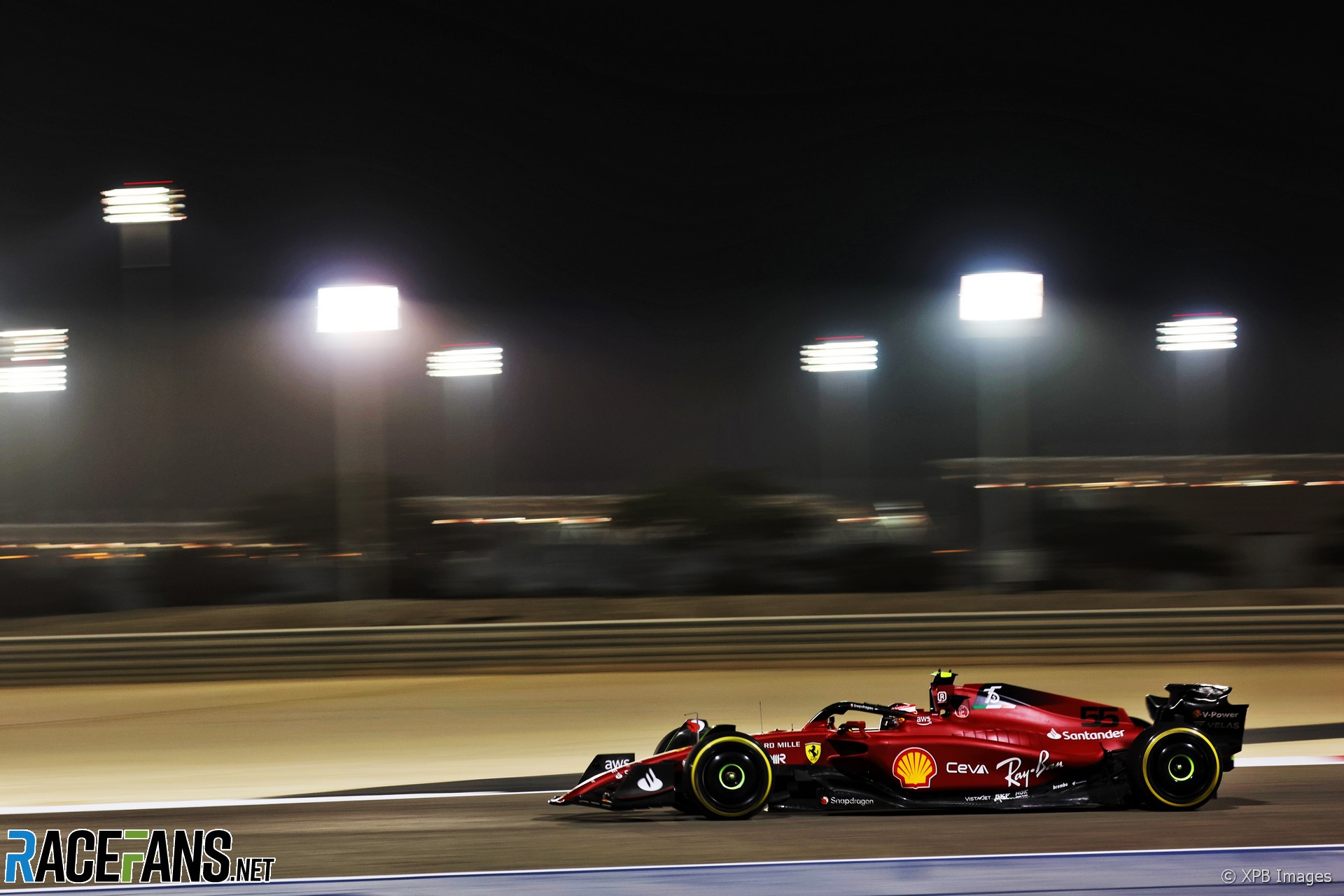 Carlos Sainz Jnr put Ferrari back on top of the times for the penultimate day of testing in Bahrain after a brief battle with Max Verstappen on track.

Sainz’s 1’33.532 on C4 tyres was the quickest time of the opening two days of the Bahrain test at the end of scheduled running, making Ferrari the first team to finish fastest on multiple days of pre-season testing. Combined with Charles Leclerc, Ferrari also covered the furthest distance of any team, bar AlphaTauri.

Max Verstappen was just under half a second off the Ferrari, also on the C4 tyres. In the final hour, Sainz and Verstappen had briefly engaged in an impromptu on-track battle for half a lap, passing each other multiple times around the final sector, along the main straight and on the run to turn four.

However, following the chequered flag, Kevin Magnussen took advantage of a clear track and fresh soft tyres to set the overall fastest time of the day with a 1’33.207 during the additional hour of running allotted to Haas for the evening.

After Esteban Ocon had gone quickest in the morning session, Alpine’s afternoon running was curtailed when Ocon pulled off the circuit at turn 12, bringing out the red flags. Ocon’s best laptime of a 1’34.276 would see him end the day fifth fastest after Alpine were able to return him to the track for a handful more laps.

Lance Stroll took over the Aston Martin AMR22 from Sebastian Vettel, covering well over a race distance in the four hour session and setting the third fastest time along the way. George Russell stepped into the Mercedes W13 for the afternoon session as the sunlight made way for floodlights as he completed 67 laps of the circuit.

As Lando Norris ran a second consecutive full day, he brought out the red flags briefly after he stopped his McLaren on the exit of the pitlane. However, he was quickly returned to the circuit after McLaren identified and fixed the problem.

After an exhaust problem limited Mick Schumacher’s running in the morning session, Kevin Magnussen was able to take his first laps behind the wheel of the Haas VF-22 after his return to Formula 1 was confirmed.

Magnussen completed 39 laps by the chequered flag, however he and Haas have been permitted to run for an extra hour this evening to help make up for the four hours of running they lost by missing the morning session on Thursday due to a freight delay. Magnussen used the additional hour to run 20 further laps and set the ultimate fastest time of the day, three tenths faster than Sainz set during the scheduled test time.

Zhou Guanyu was the slowest of the 15 drivers who took part in the day, the rookie driver completing 48 laps and setting a quickest time over six seconds slower than Sainz’s ultimate pace.

There will be one final day of running at the Bahrain circuit tomorrow, before the season-opening race at the venue next weekend.

*Magnussen set the overall fastest lap of the day – 1’33.207 – during Haas’ exclusive extra hour of running