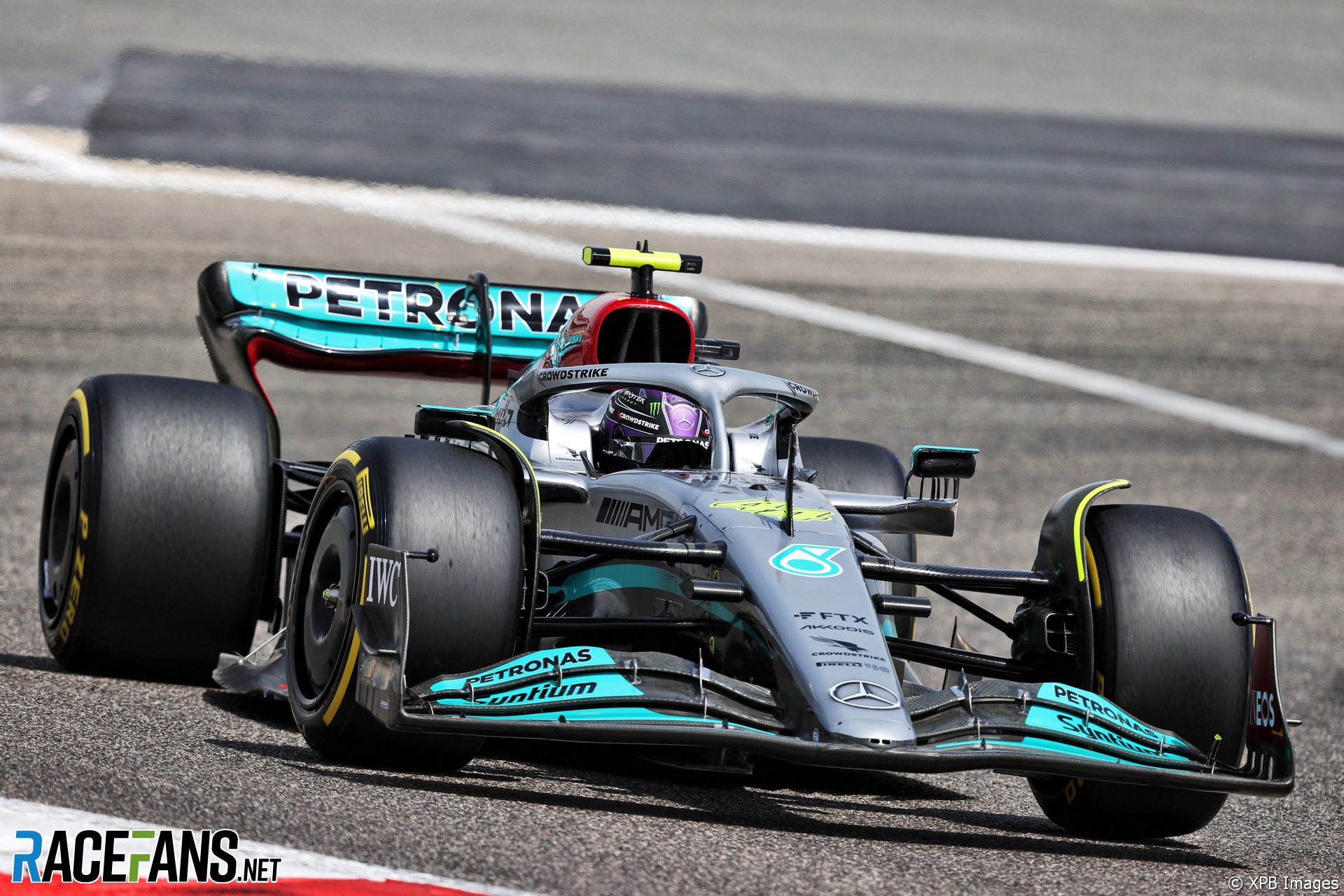 Lewis Hamilton doubts Mercedes will bounce back from their troubled start to the season in testing as easily as they did last year.

Mercedes had a difficult pre-season test in 2021 but rebounded at the first race of the year. Although Hamilton was beaten to pole position by Max Verstappen, he got ahead of his rival in the race and beat him to victory.

Speaking after his final run in the car before next weekend’s Bahrain Grand Prix, Hamilton said it was clear Mercedes are not contenders for pole position and victory at the moment.

“No, at the moment we’re not,” he said, “I’m sure everyone can kind of figure that out. We’re not the quickest at the moment.

“I think Ferrari look to be the quickest and perhaps Red Bull and then maybe us or McLaren, I don’t know. But we’re certainly not at the top.”

The team is in a much more difficult situation than it was 12 months ago, said Hamilton. “It feels a lot different. It’s not going to look as good as it did last year with the difficult session we had in practice and then switched over to the race.

“I think we have far bigger challenges this time and they’re not one-week turn-arounds. It will take a little bit longer. But from what I’m told, we have a considerable amount of pace to find.”

Ferrari’s Carlos Sainz Jnr said yesterday Mercedes were downplaying expectations ahead of the new season. But Hamilton said those who believe they are playing a PR game with the comments over their lack of performance are in for a surprise.

“At the moment I don’t think we’ll be competing for wins but there is potential within our car to get us there. We’ve just got to learn to be able to extract it and fix some of the problems, which is what we’re working on.

“Everyone’s doing such an incredible job back at the factory, working as hard as they can, but we have some hurdles to overcome. Obviously next week we’ll get a much better showing of our pace.

“But I think people will be surprised, maybe. Or at least the people who keep talking about we’re talking ourselves down. It’s a bit different this year.”

95 comments on “Hamilton: People who say Mercedes are talking ourselves down are in for a surprise”