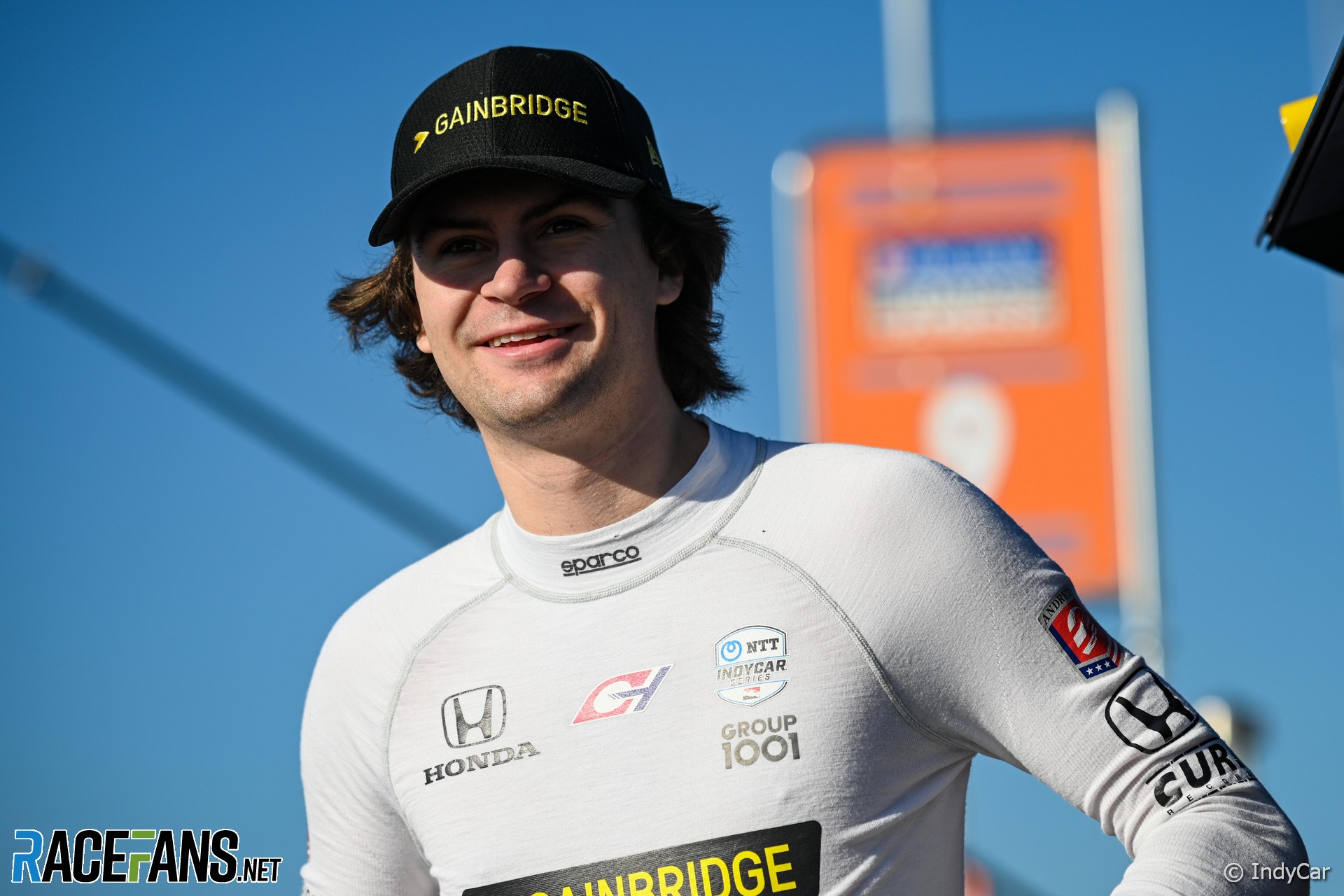 The 21-year-old will drive last year’s MCL35M in a testing programme which was made possible by a change in Formula 1’s regulations allowing teams to conduct running with year-old cars.

Herta was previously a team mate of McLaren Formula 1 driver Lando Norris when the pair raced for Carlin in MSA Formula (now British Formula 4) in 2015. Norris won the title while Herta finished third, with four wins to Norris’s eight.

McLaren team principal Andreas Seidl said Herta is “a proven talent in IndyCar and we will be interested to see how he adapts to a Formula 1 car.”

“We believe this testing programme will provide him with valuable experience while demonstrating the benefit of expanding previous car testing to showcase promising drivers for the future,” he added.

Herta drives for Michael Andretti’s team in IndyCar. He was tipped for a move into Formula 1 when Andretti attempted to take over Sauber, which runs Alfa Romeo’s F1 team, before the deal fell through. Andretti is now seeking to enter F1 as an 11th team.

“I want to thank McLaren for the opportunity to get my first laps in a Formula 1 car, which has always been on my racing bucket list,” said Herta. “This will be a great opportunity for me to gain some valuable experience in a new form of motorsport and learn from such an established team like McLaren F1.”