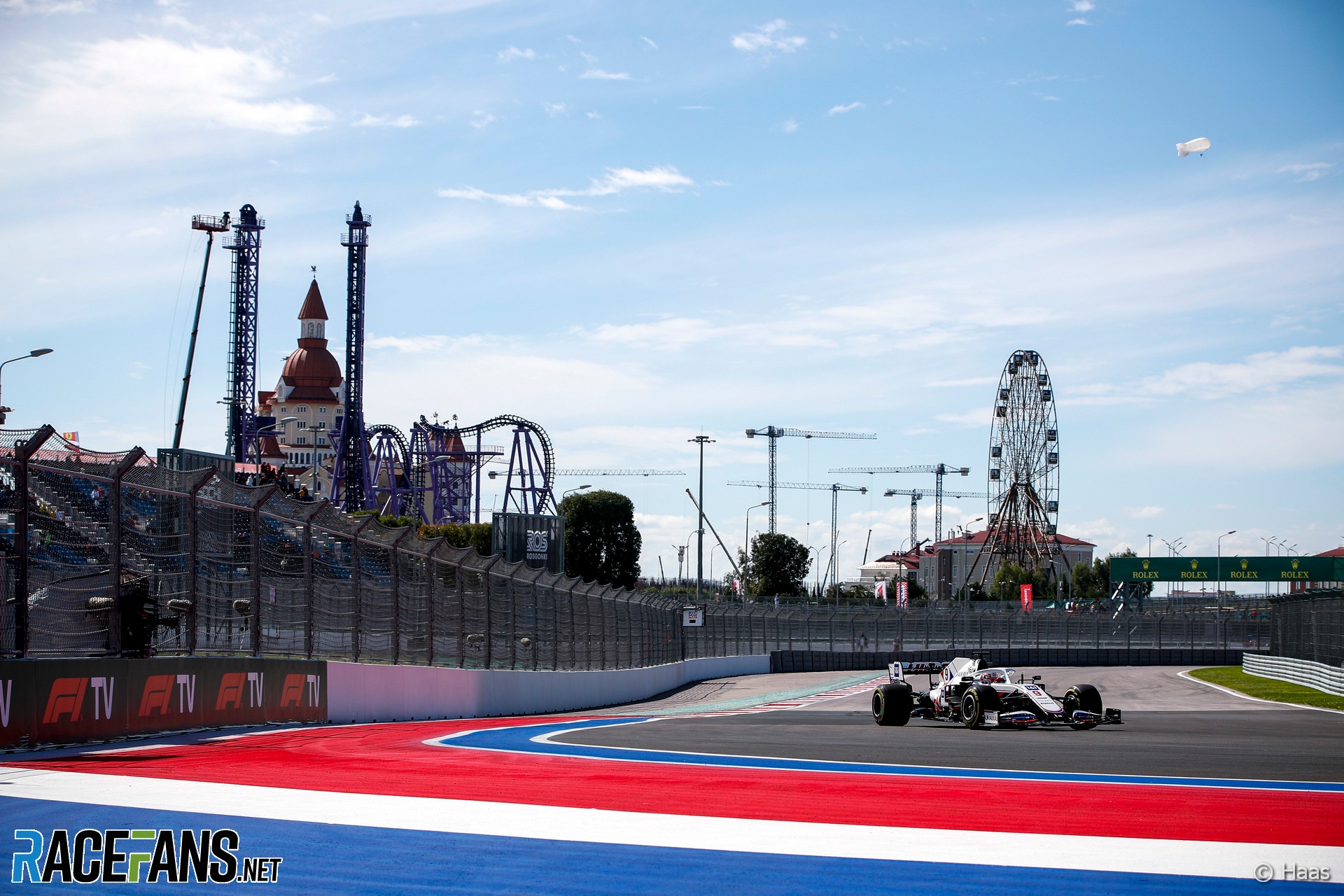 The economic pressure around the globe generated by Russia’s war in Ukraine is unlikely to spare F1. While Haas were first to feel its implications, the sport’s top teams are likely to be next.

Of course this pales into comparison with the far graver consequences of war for those involved in it. Next to the loss of lives in Ukraine, the matter of whether cars go around a track amounts to nothing.

But the reality is that the political world shapes the sporting one. We have seen obvious examples of this already as a result of the war, more are expected and given the volatility of the situation, who can say with certainty what is to follow?

Clearly when F1 designed the budget cap in 2019, ahead of its introduction last year, no one foresaw the circumstances the western world has found itself in and the financial implications. First came two years of businesses attempting to keep their heads above water during the Covid-19 pandemic. Then three weeks ago Russian president Vladimir Putin launched a full-scale attack on Ukraine, with devastating consequences for the country.

The budget cap was originally set at $175 million for its introduction last year. Following the Covid-19 outbreak that was reduced to $145m, with a glide path down to $140m this year and $135 million by 2023.

There are some exceptions including top staff salaries (including drivers), marketing and engine development on the engine. Nonetheless questions have been raised as to whether the limit should be raised if affected by global factors.

The cap has been described as a “lifeline” for some teams on the grid. But by its nature it has required significant cuts at F1’s three biggest teams, Mercedes, Ferrari and Red Bull.

All teams will experience the impact the war is having on costs, particularly in terms of logistics. Freight times to some countries are likely to increase, flight costs are also rising with global oil prices.

In the UK, where most F1 teams are based, inflation has shot up due to rising energy prices. There will be a direct hit across all sectors in a scale which was not foreseen, something team principal have already started to warn about.

“We’re already seeing extremely high inflation,” said Red Bull’s Christian Horner. “You have to remember when the budget was set back in the midst of the pandemic in the middle of 2020, nobody could have foreseen the circumstance that we have in the world today.

“And of course, what we see going on in the world is only going to drive prices going up and inflation looks like it could hit record amounts. We’re seeing that impact already on things like air freight just to this event.

“It’s a very serious problem that we have to look at and address because this has a one-to-one impact on people’s jobs and livelihoods.”

Horner has urged the FIA to take action. “I think it’s the duty of the regulators to look at this,” he said. “There’s a degree of urgency to make sure that the relief has put in place to take into account what’s going on in the world with the cost of living increases that we’re all going to see.”

The direct consequences of the war have already begun to play out. Haas were quick to drop Russian title sponsor Uralkali and the associated colour scheme the ran last year. They also showed the door to Russian driver Nikita Mazepin, who along with his father Dmitry is now subject to sanctions in the UK. Ferrari has also removed the logos of Russian sponsor Kaspersky for its cars and facilities.

F1 has not only cancelled this year’s Russian Grand Prix but torn up the long-term contract of one of its more lucrative races. That will have cost implications as the sport’s bosses scramble to find a replacement.

That may not be the end of the conflict’s impact upon the calendar. Two days before beginning his invasion, Putin reached an agreement with his Azerbaijani counterpart, Ilham Aliyev, on “Declaration on Allied Interaction” between the two countries. “This brings our relations to the level of an alliance,” said Aliyev.

The United States, European Union, United Kingdom and other nations are trying to push Putin to back down with severe economic sanctions. If Azerbaijan allows itself to be drawn into the conflict, it would risk becoming a target for the same, with consequences for Baku’s race in less than three months’ time.

But the war’s impact will also be felt in human terms. Mercedes team principal Toto Wolff said F1 must remember the “bigger picture” beyond the cost implications as their effect is felt over the coming months.

“We all are witnesses of what’s happening in the world and we strongly disagree,” Wolff began. “You realise that what we do in our little microcosm has no relevance in the big picture if families have to flee their home country and civilian casualties happen.”

“It seems unbelievable that in this day and age you can have a war in Europe,” the Austrian continued. “It’s 400 kilometres to Vienna. And that’s why we are seeing robust steps in order to make clear what we think is the right way to go.

“I think invasion is not the answer to political questions, in my opinion. We as an organisation have to manage that as well. We have more than 25 different nationalities and we need to be respectful and that’s certainly not easy.”

Speaking in response to a question from RaceFans at the Bahrain test on Saturday, Aston Martin’s Sebastian Vettel described the situation as a “nightmare.” He wore a helmet bearing the message “no war” during last week’s test.

“I wish I would have not come up with the design because there was no need,” Vettel said. “It’s a strong sign to just show the support.

“All the drivers got together as well on Wednesday as we thought we’d use the opportunity to just show that we are united and take a stand. It’s horrible what’s happening. It’s like a nightmare and we don’t seem to wake up.”

14 comments on “For F1, the implications of Russia’s war go beyond one race and one team”