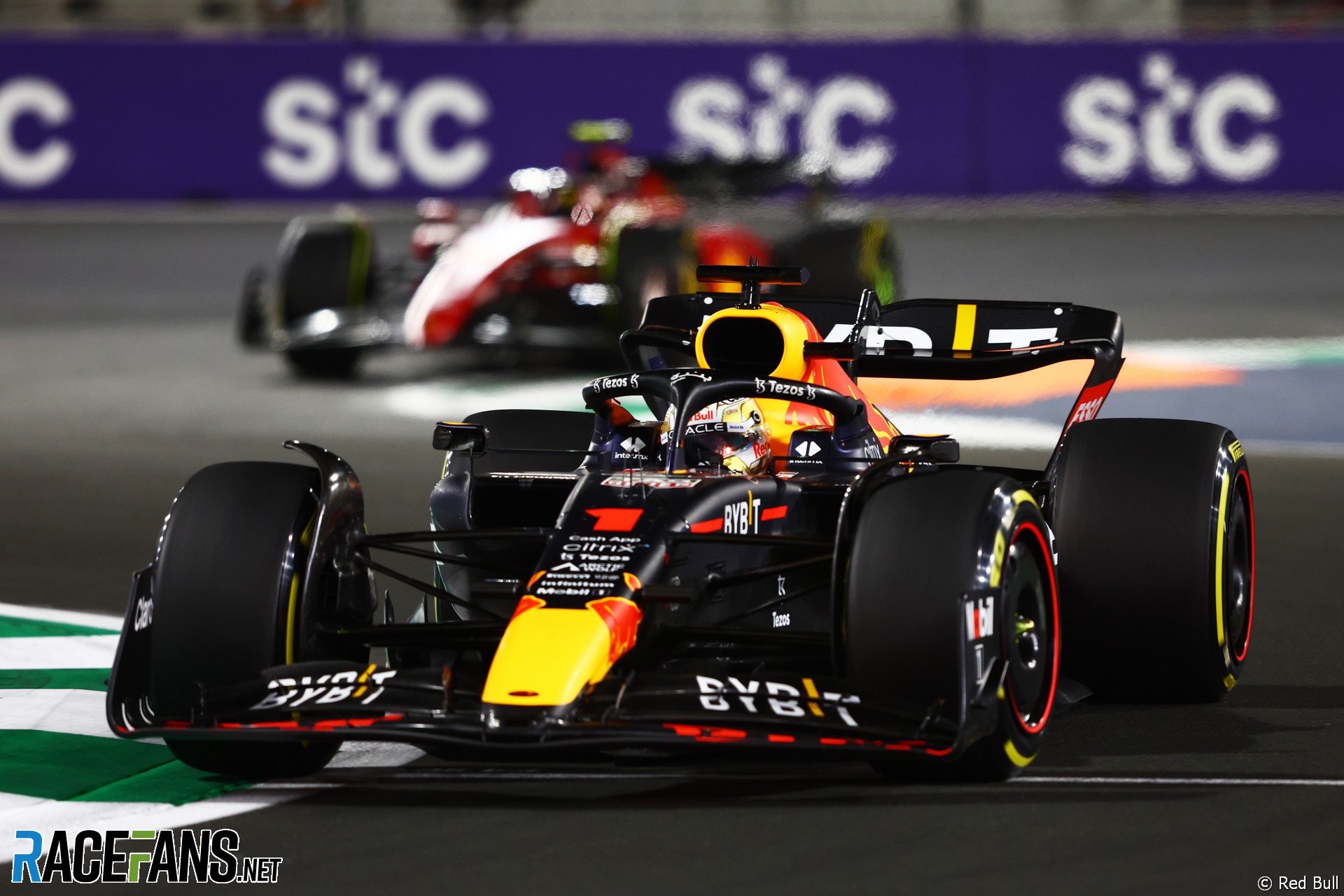 Max Verstappen enjoyed his “tough” battle with Charles Leclerc but the stewards are investigating the final two laps of the race which was won by the Red Bull driver.

“How’d he close up?” Verstappen asked on the final lap. “That’s so unfair.”

A message from race control after the chequered flag announced “laps 49 and 50 – double yellow under investigation.”

Verstappen held Leclerc off to the line at the end of a race in which the pair exchanged the lead several times. “It was really tough but a good race,” said Verstappen after taking his first win of 2022.

“We were battling hard at the front and we just had to play the long game. They were really quick through the corners, we were quick on the straight.

“The tyres were wearing out quite quick around here. So you could see at the end, I think we just had a little more pace so I just tried to get by.”

On more than one occasion the pair braked heavily approaching the DRS detection point at the final, each wanting to be the last to reach it and therefore gain the benefit in the following activation zone.

“It wasn’t easy, playing smart tricks in the last corner but eventually managed to get ahead but even after that he was constantly in the DRS.

“[Then] with the yellow flags on the last lap just knowing how much you should lift and what is allowed or not, it was tough. But I’m really happy that we’ve finally kickstarted the season.”

Update: The stewards took no action over the events of the final two laps