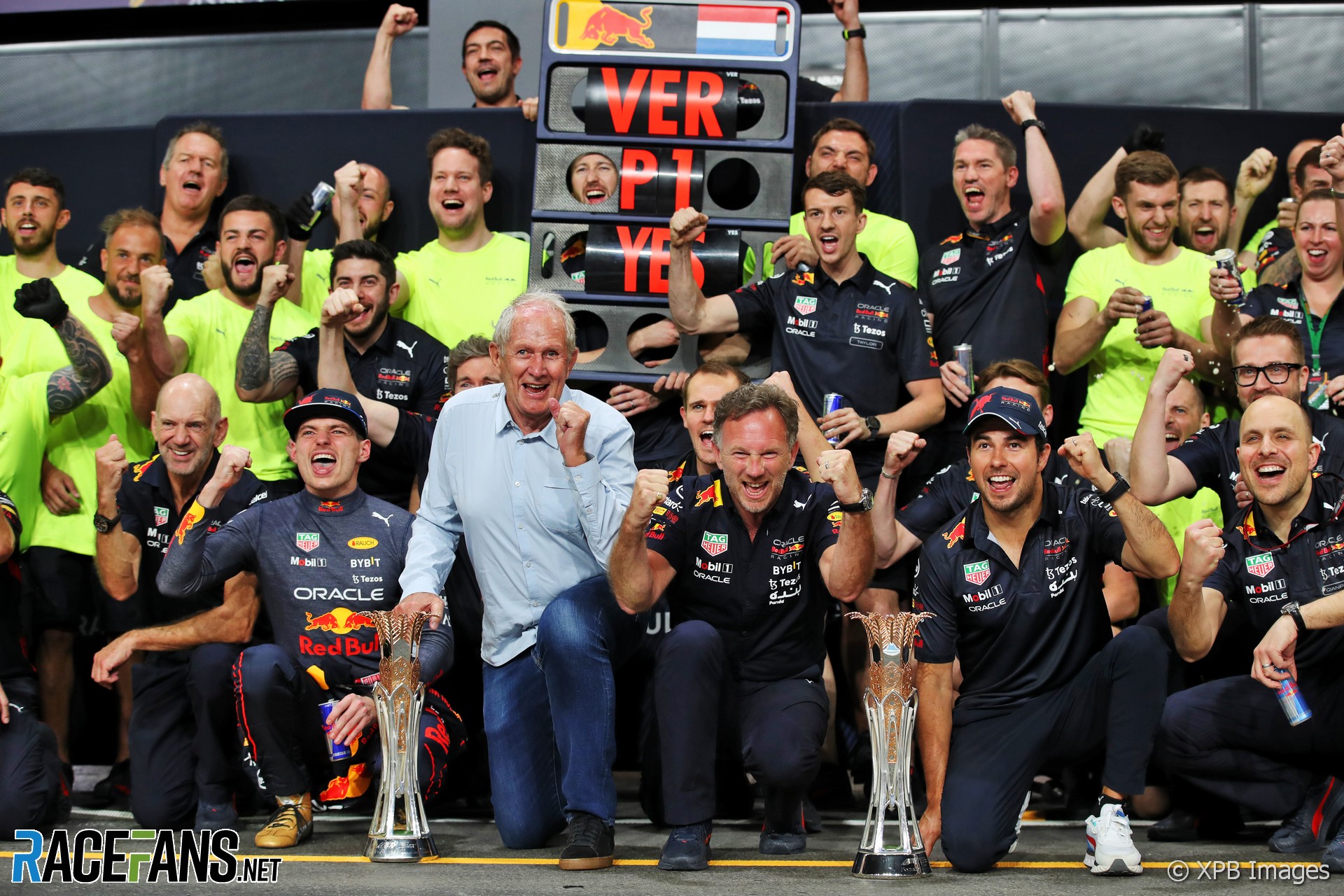 Red Bull’s victory in the Saudi Arabian Grand Prix is particularly special because the team started work on its 2022 car later than its rivals, says its principal Christian Horner.

Having fought their Mercedes rivals for the championships until the final races of last season, Horner said his team had made a later start on the RB18 than other teams. Ferrari, which won the 2022 season-opener in Bahrain, previously said they did no in-season development work last year while it prioritised its approach to F1’s new technical rules.

“What I’m particularly pleased with is we probably came on to the development of this car later than than our rivals,” said Horner in response to a question from RaceFans.

“The whole team in Milton Keynes, after the effort that went into [RB]16B last year, the lateness of that championship, the compressed time for this car, they’ve worked incredibly hard. And this is just the kind of result that injects a whole bunch of energy into the factory.”

However he expects an intense development fight with Ferrari and others over the coming rounds. “The first two races have been great racing between the two teams,” he said. “And I think that it’s now going to be about development, about unlocking potential with these cars that are still very immature.

“We can see Ferrari are very, very quick. It’s going to be a very busy period through the rest of the spring now to try and get performance to the cars and understand how the tyres are working and so on over these next few races.”

He is confident Red Bull’s approach to the rules gives them a good basis for development. “You can see there’s a big variance of interpretations of the rules and I think that we’ve come up with a creative solution, and I think it gives us good potential for the season ahead. So to get this early victory is fantastic for the whole team.”