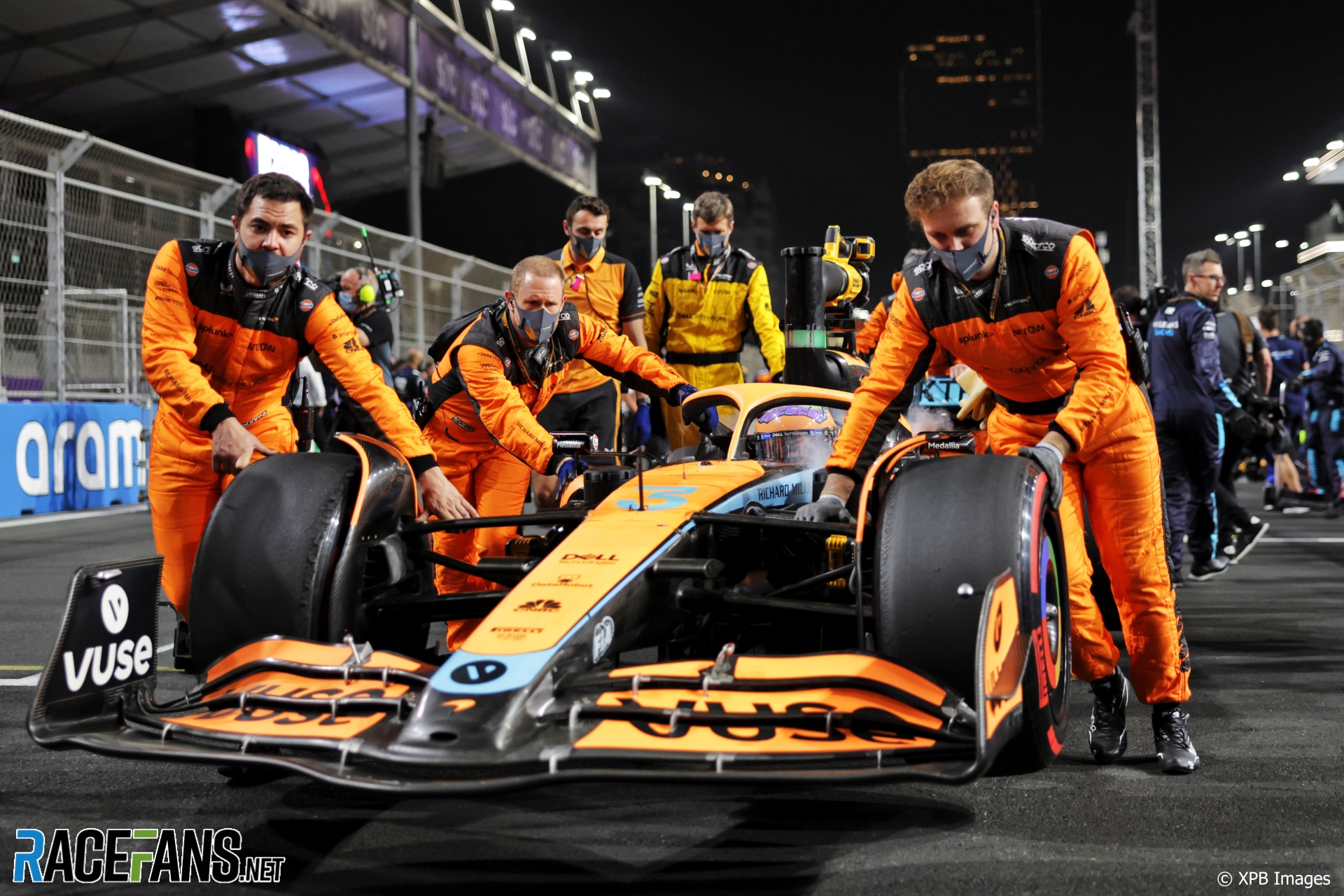 Daniel Ricciardo is hoping McLaren’s poor form in the season-opening race turns out to be a one-off following their first points score of the season in Jeddah last weekend.

However he admits the team need significant upgrades to contend for anything better than the lower reaches of the points.

The McLaren drivers qualified 13th and 18th for the first race of the season, but took the sixth row in Saudi Arabia before Ricciardo was given a three-place grid penalty. Lando Norris took seventh in the race while Ricciardo, who ran ahead of him in the early stages, dropped out with a technical problem.

Ricciardo believes their more competitive showing in Jeddah was “down to the circuit characteristics.”

“So I’m really hoping that Bahrain was a bit of a bogey situation for us,” he said.

Prior to the race McLaren indicated it had brought no updates for its MCL36 in between the two rounds. “We didn’t really have much,” said Ricciardo. “I mean it cleaned up a few things in terms of still like stuff with the brakes that we had issues in Bahrain. But I think it was just the circuit suited us.”

The next race on the calendar is his home race in Melbourne on a revised and faster version of the Albert Park track.

“Looking at Australia, it’s going to be flowing and quite fast again, especially the changes they made, so perhaps that comes to us again and maybe we could fight for points,” said Ricciardo. “I know that’s not aiming very high, but that’s really all we can aim for for now.

“Until we get some big updates, I think just anything inside the top 10 I think we’ll take as a little victory for now.”

Norris is also convinced the only reason McLaren performed better last weekend was because the Jeddah Corniche Circuit suited them better.

“Honestly, the difference to last week is the track,” he said. “Apart from that, we’ve really not changed much, but it shows how big of a difference where the car can perform and where its strengths and weaknesses are.

“So we have a huge amount of work to do. If we went back to Bahrain today or next week, we’ll be finishing in Q1 and last place, pretty much, again. So there’s not a lot of positives in those terms.”

He is also hopeful quicker tracks on the calendar will mask some of the McLaren’s shortcomings. “There’s positives in terms of, if there are tracks like here similar to Barcelona-ish, then we can look forward to those tracks to score some good points and be reasonable and competitive.

“But I’m not confident if we went back to slower-speed tracks – Monaco and Bahrain and tougher tracks – that we’re going to be that competitive at all.”