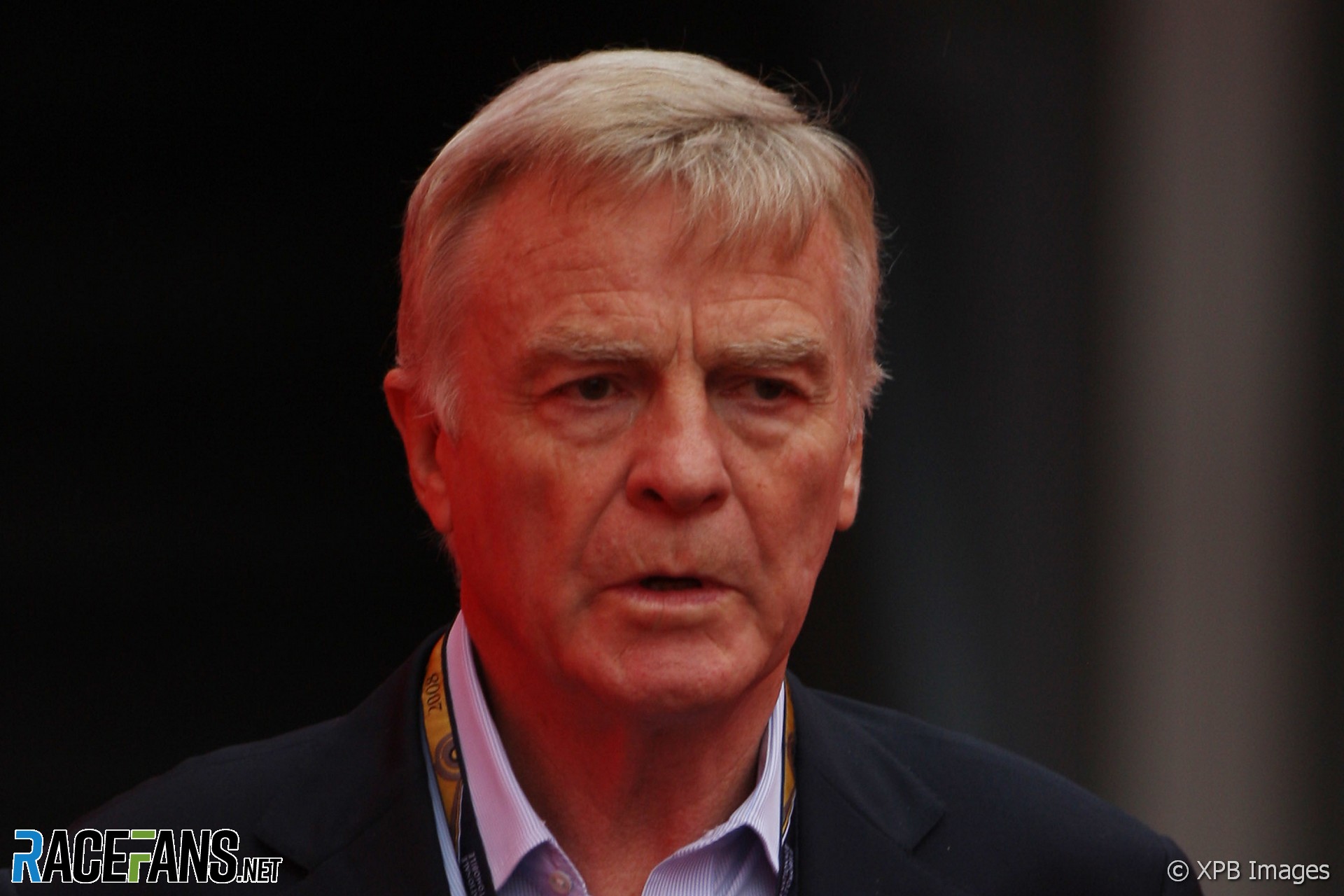 In the round-up: A court hearing into the death of former FIA president Max Mosley last May ruled he killed himself.

"Westminster Coroner’s Court heard the 81-year-old was receiving palliative care for lymphoma, which he was diagnosed with in 2019, at the time of his death."

In the UK, Samaritans can be contacted on 116 123 and in the US the suicide prevention lifeline is 1-800-273-8255. For other international helplines please visit www.befrienders.org

'I love the guy!' Nissany says him and Iwasa are giving DAMS 'two great perspectives' (Formula 2)

Nissany: 'Our style is so different, I feel like an uncle to him, almost, because our styles come from different generations. We are really complementing each other and giving the team two amazing perspectives.'

Wolff: Russell has proven he could fight for wins in the right car

Team principal Toto Wolff said that he thought Russell had done “a great job” in his first two races for Mercedes, however “he’s not given a tool to fight at the front, where him and Lewis deserve to be.

“I think that George has proven that he has the ability of racing at the front, but simply at the moment, we’re not providing it with the car. So I’m very happy with his performance overall.”

Mercedes performance this year not down to delaying work, says Horner

In an interview with The Independent, Christian Horner said that rival team Mercedes had started development on it’s flawed 2022 car well before Red Bull had.

“What we have to do is make sure we address our issues and develop our car as quickly and competitively as we can.” said Horner. “Mercedes started on this year’s car way before we did.

“We are proud as a team to have hit the ground running with a competitive car in a shorter space of time. That motivation of having that number one back on our car is huge.”

DHL has launched a collection of 23 sets of 5 different bags with Been London to make bags using material collected from its trackside advertising.

The logistics company collected the banners that were used at grand prix in 2021 and incorporated them into the collection, with all proceeds going to ocean environmental charity Plastic Bank.

The official timetable for the first ever #MiamiGP reveals there will be both a drivers' parade and, in a first, a team principals' parade before the race begins.#F1 pic.twitter.com/UUgCUZ49NB

Has Pastor Maldonado turned himself into an NFT? How does that work pic.twitter.com/y4t3CwqRoC

Sad to read about Max Moseley’s end. He was a hugely clever and educated individual whom I saw bat off inane questions so well at Silverstone 2009 when a breakaway F1 series was mooted.

In English, French or Italian, he had an answer for why it wouldn’t work, and he was right.

As the debate about whether DRS should still be a feature this year continues, Qeki comes up with an almost devilishly simple solution:

Try those sprint things without DRS and see how it works out.
@qeki