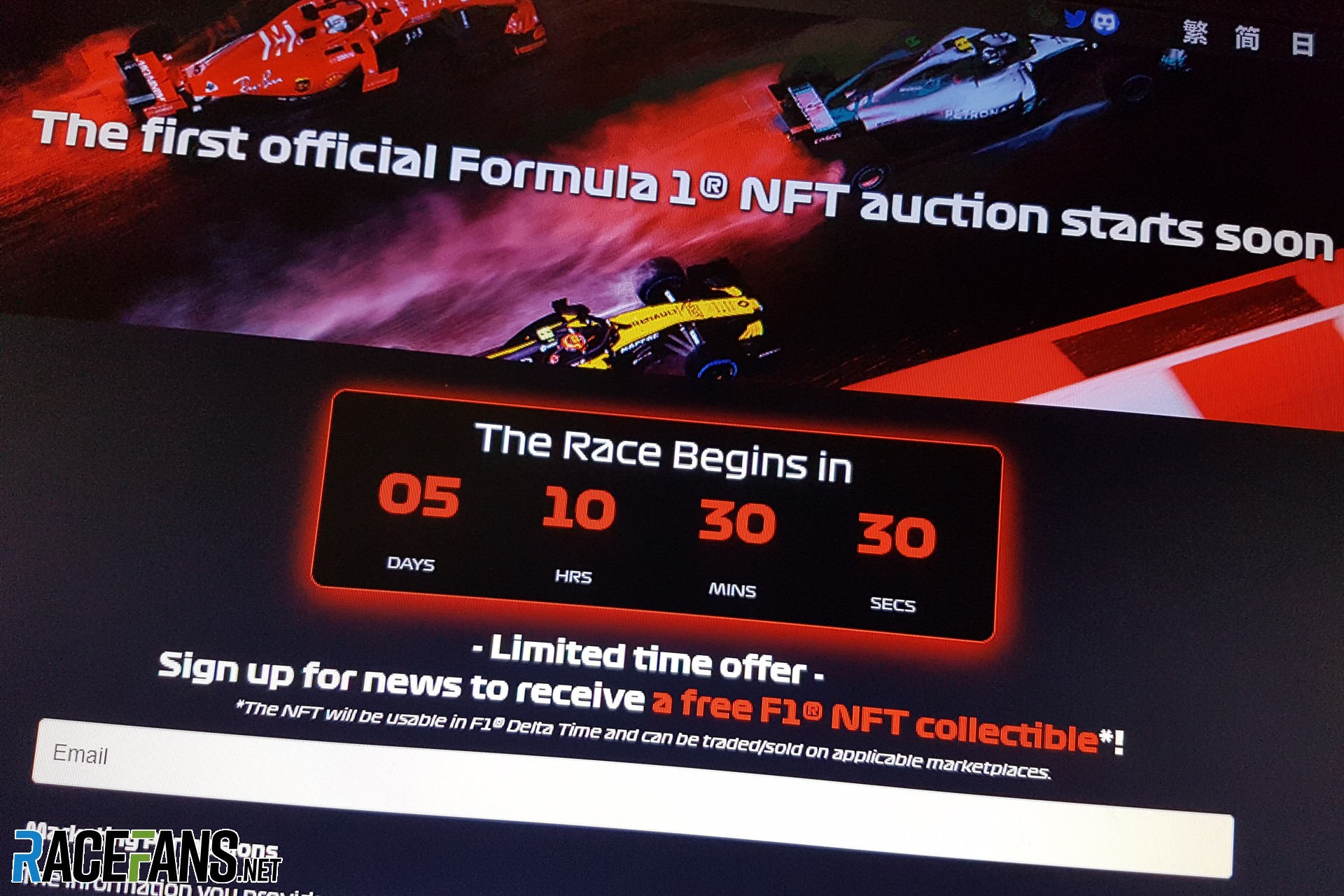 Official Formula 1 NFT (non-fungible token) game F1 Delta Time has closed after its publishers, Animoca Brands, said their licence had not been renewed.

Some players of the game spent sums of up to £200,000 acquiring one-off F1 car models in a variety of liveries as well as other digital assets. Animoca said in a statement they will “ensure that current owners of F1 Delta Time assets are rewarded for their loyalty and support.”

F1 Delta Time was launched in March 2019. Two months later Animoca announced the first NFT sold for the game, known as 1-1-1, had been exchanged for 415.9 ETH, valued at £88,535 ($113,000). It was purchased by Vignesh Sundaresan, who uses the alias MetaKovan, and is reported to have spent tens of millions of dollars on digital artworks.

Later F1 Delta Time NFTs fetched higher prices, including one sold to raise funds for Australia’s recovery efforts from the 2020 bushfires, which was bought for £207,000 ($288,000).

Animoca operates the REVV Motorsport platform which includes Formula E and Moto GP NFT collectibles among others. The company said owners of F1 Delta Time car, driver and other assets are being offered exchanges for their purchases of comparable levels of rarity and performance via REVV.

“This is just the beginning of our plan to provide our F1 Delta Time players with expanded value for their ownership of F1 Delta Time NFTs and to thank them for their involvement in the REVV Motorsport ecosystem,” Animoca added.

NFTs grew in popularity during 2021, in what Animoca described as “the great NFT awakening”. However many have expressed scepticism over the long-term values of NFTs, as well as concerns over the cryptocurrency technology they depend on.