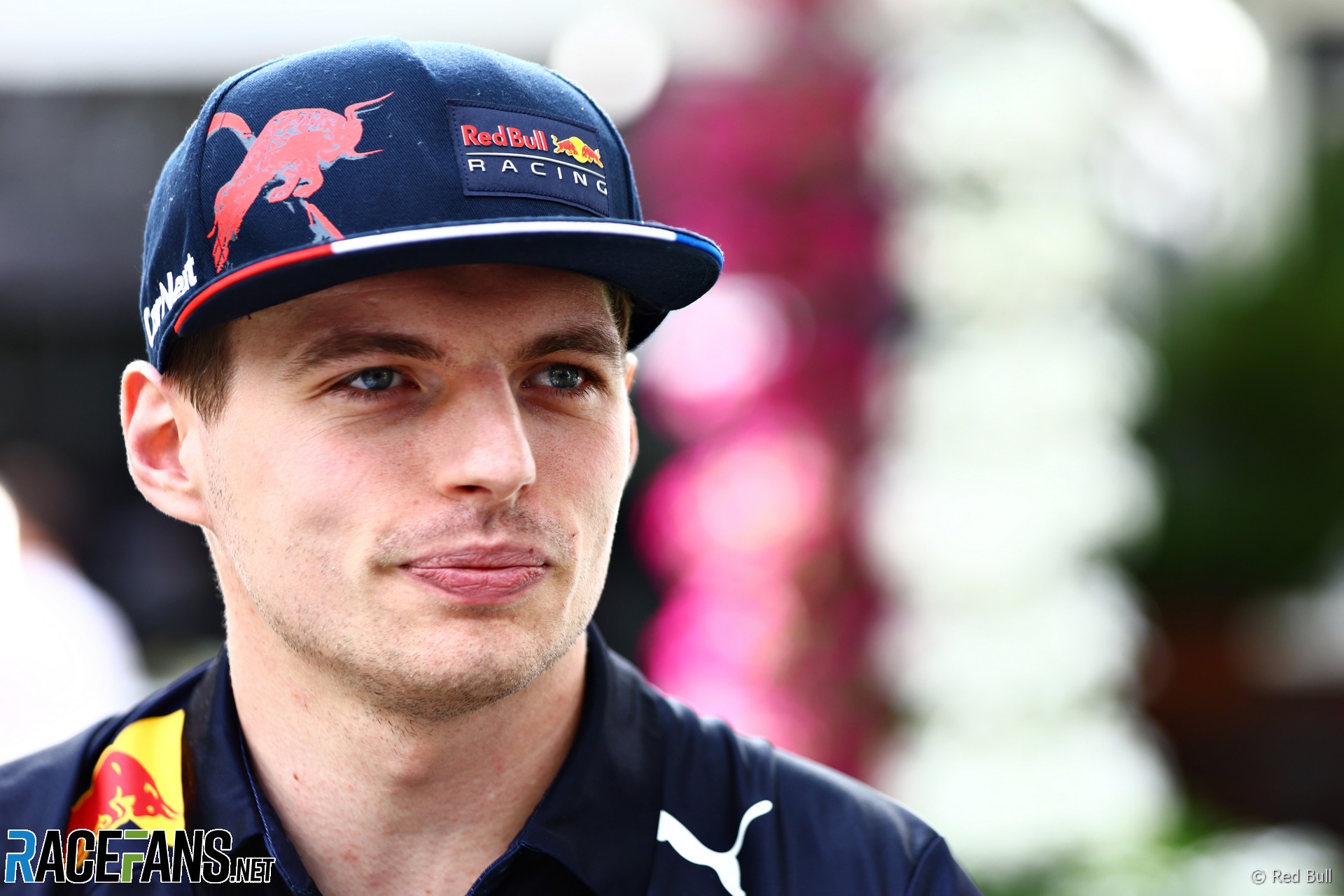 In the round-up: Max Verstappen says he will continue to keep his off-track commitments to a minimum as Covid-19 restrictions relax in order to prioritise his race performances.

Verstappen says he intends to keep his focus on the track despite the increased attention he has received following his world championship win.

The Red Bull driver says he doesn’t plan to take on more off-track commitments “because I’m there to race, I’m not there to entertain the crowds.”

“I’ll entertain them by doing that on the track,” he told Reuters. “Otherwise you get upset, you don’t feel good and it’s going to hurt your performance.”

Many corners around the Melbourne circuit have been modified to make them more open with the overall lap speed much faster than previous occasions.

“The Albert Park track is fairly close to what we call an average downforce track in terms of aero efficiency,” said Sanchez. “It has a blend of low and high-speed corners with some relatively long straights. It is also a track where having good traction is critical.

“Although the layout is faster the underlying nature of the track remains the same. It is still a track which rewards good aero efficiency and traction. This allows us to look back into the data from the last few times we raced there with a critical eye to ensure we consider all the key elements as we tackle free practice. We also spent a large amount of time running the new car in the simulator, so when it hits the ground in FP1 in Albert Park the car should hopefully feel pretty good from the drivers’ perspective.”

A new patch for Gran Turismo 7 has transformed the controversial in-game economy and allows users all new opportunities to earn millions of credits by playing.

After player outrage over the game’s limited reward system, the new v1.11 patch has rebalanced rewards for races and introduced multiple new events that offer much higher pay-outs than previously.

Drivers are now also rewarded for completing the Circuit Experience challenges, earning a possible reward of around 47,000,000 credits for achieving a gold ranking for every circuit.

Throwback Thursday, to the 2015 #AusGP, and a familiar-looking Grid Kid.

Thank you for your amazing support. It’s great to be back on track! Due to overwhelming demand, several ticket categories in the priority phase are already sold out. Bay and Padang Grandstands tickets in this priority phase are still available, but are selling fast! pic.twitter.com/SQG1pHTyGS

Looks… 'comfy', @DanielRicciardo! 😉🧱 It's not everyday you get to take a seat in a McLaren F1 Lego Technic car. pic.twitter.com/9MzwAcNKu8

JUST IN: F1 and Twitter have announced they are expanding their content partnership to further amplify the sport’s digital coverage.

We don’t share this type stuff often- but this incredibly high tech/game changer did its job again- thanks again for incredible effort to all involved getting it done. #aeroscreen pic.twitter.com/UqL9ZDtDZ8

Sebastian Vettel showing his support for #Ukraine in the paddock at the #AustralianGP today.#F1 pic.twitter.com/UgTpjQvVbn

"However, two separate crashes at turn five, one each for Broc Feeney and Jake Kostecki, raised concerns. The FIA has now confirmed to Speedcafe.com that the TecPro section on that corner has been shortened by 20 metres."

"McLaren driver Daniel Ricciardo is raising money to support flood victims in Australia by auctioning his specially-designed helmet from his home Grand Prix."

'Hulkenback' 3.0: an unexpected start to the season - Hulk Report #4 (LinkedIn)

"After the initial excitement, many emotions came up during the flight. The happiness and anticipation but at the same time, great respect for the task ahead. I hadn't sat in a Formula 1 car for 18 months. Moreover, the regulations for the cars had been revised in the interim and a completely new generation of cars would be awaiting me."

"Russian flags have been removed from the Moscow circuit and banner selector."

"We have been given an exclusive first look at F1 Manager 2022, including in game imagery, game details and a Q&A with the game's lead designer and F1 journalist Lawrence Barretto."

With growing concerns about the rising freight costs in Formula 1, @Olpeculier has a novel story about a peculiar item that clocked up many frequent flier miles over the course of a season at McLaren…

Several years ago I knew the father of the person who was in charge of McLaren’s catering (she ran the business alongside Ron Dennis I believe).

I was told a story that they had to cater for pretty much anything somebody asked for, so for every single race, a four-pack of baked beans was put in the hold together with all the more interesting choices.

Nobody ever asked for beans on toast.

They were probably the most travelled Heinz products in the world, much to the disgust of the logistics department!
@Olpeculier