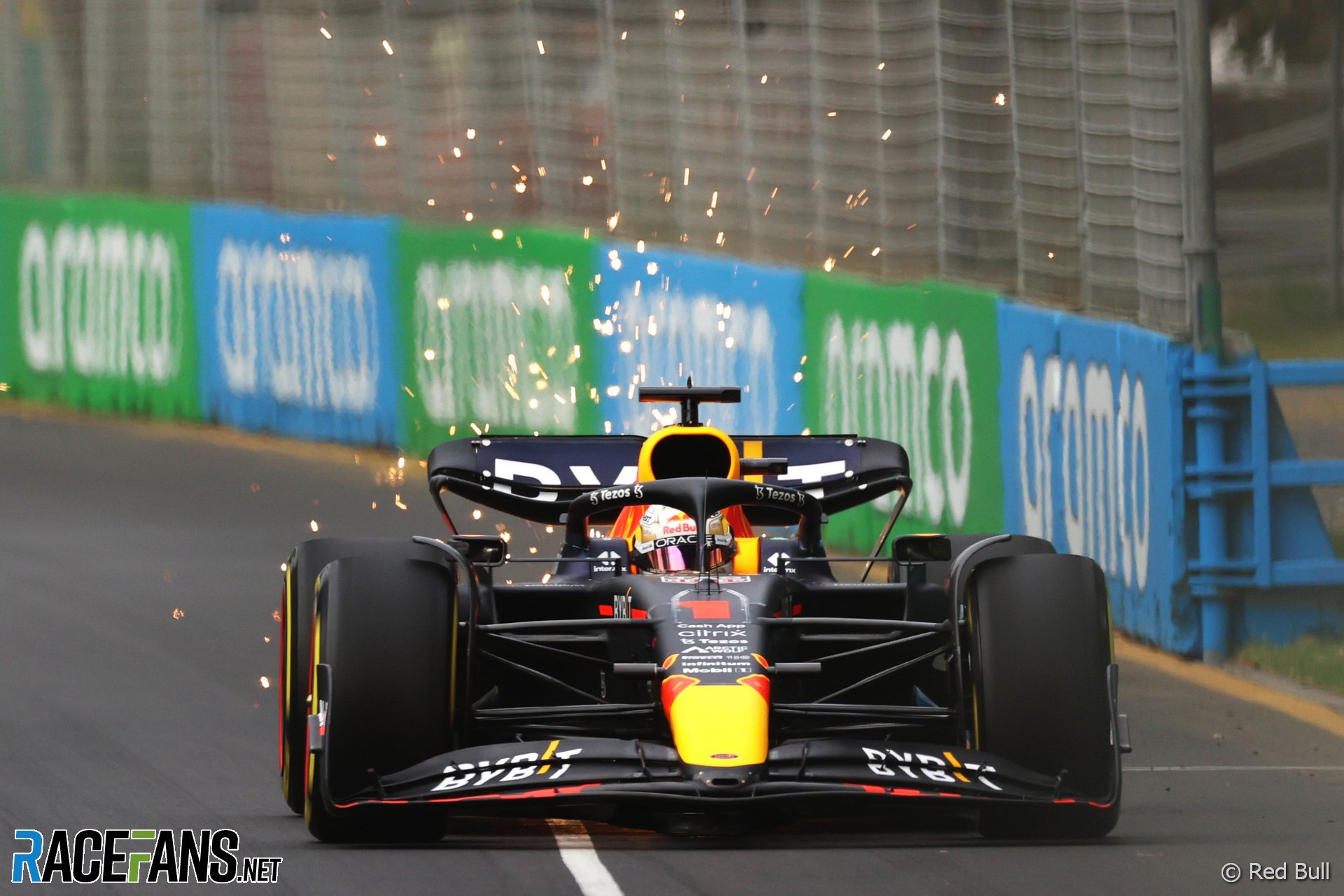 Max Verstappen was encouraged by the progress Red Bull made on the first day of practice in Australia despite ending up second-fastest to Charles Leclerc.

The Red Bull driver believes he could have been quicker after his final run, which left him 0.245 seconds behind the Ferrari. “I had a car in front of me in my final lap so that didn’t help,” he said.

Verstappen said his car’s balance was “tricky” to begin with, but changes to the set-up for second practice had the desired effect.

“FP1 and the beginning of FP2 we were lacking a bit of balance,” he said. “Then I think for the final run we changed the car around a bit and I felt a lot happier. We were a tiny bit off Ferrari but I do think that we can maybe make it a bit closer.

“They are quick again but in the long run everything looked quite stable and quite nice so I’m happy about that. We definitely made some good improvements today.”

“We went in a good direction so we’ll just try to build from there and hopefully we can make some tiny adjustments for tomorrow,” he added.

However his team mate Sergio Perez, who was six tenths off the pace, was less content with his set-up alterations.

“We did some changes going into this afternoon which we have to analyse,” he said. “There’s a few things that aren’t working as expected.

“So we got a read. It’s been a very difficult day in terms of mileage starting in FP1. But I think we have pretty good data for tonight.”

Perez ended the session in fifth place behind his team mate, both Ferraris and Fernando Alonso’s Alpine.