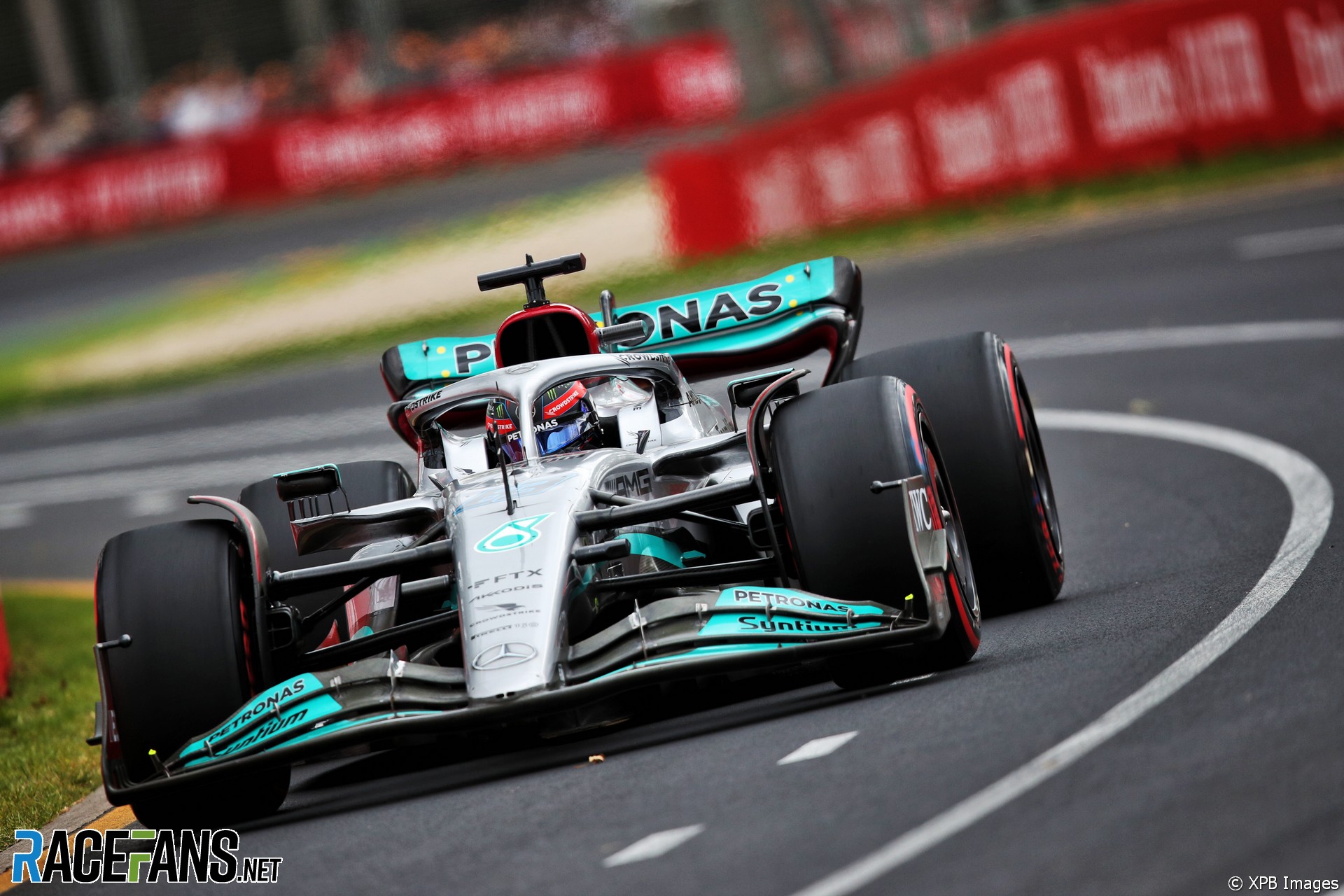 Mercedes team principal Toto Wolff says it is not worth bringing updates for their W13 while they are still trying to understand the problems they have with it.

Lewis Hamilton and George Russell qualified fifth and sixth for tomorrow’s race but were almost a second slower than pole-winner Charles Leclerc.

Wolff said he was pleased with the result but pointed out they would be even further down the grid had Carlos Sainz Jnr and Fernando Alonso not encountered problems during the session.

“I’m satisfied with the result today,” he said. “Obviously correct the Sainz and Alonso [results], it’s nice, good, but still solidly in the top 10, and that was not a given with the closeness of the front end of the midfield.”

The team decided against bringing updates for its car in order to focus on the problems it has, particularly with it ‘porpoising’ at high speeds, Wolff explained. “We’re just learning the car, we’re learning the tyres. Nothing we did this weekend has unlocked the aerodynamic potential or has reduced the bouncing, we’re still in the same place.

“That’s why it doesn’t make any sense to bring updates because you’re confusing yourself even more. Maybe it’s even the fact that the more downforce you bring, the worse the bouncing gets. So we are still learning.”

Ferrari took pole position despite their drivers suffering from ‘porpoising’ which appeared similar to Mercedes’ problems. But Wolff pointed out their rivals aren’t carrying it into corners. “Our bouncing is worse in the sense that we are carrying it into the corners, into the high-speed,” he said.

“So [will] curing the bouncing be the miraculous unlocking of a second within the car? No, for sure not. But there is many other little improvements that we can make on weight and a few others where we can optimise. And you know how it is in Formula 1, you just need to chip away the small gains whilst understanding the car.”

Wolff remains unsure how long it will take the team to get on top of their problems. “I’m optimistic that eventually we’re going to get there, whether that is in two races or five or by the end of the season, I don’t know.

“But you need to stay humble. My time horizon is not a race weekend or a year. It’s more like 10 years. I want to look back and have a competitive team, and there will be years where it’s more difficult. And this is one.”