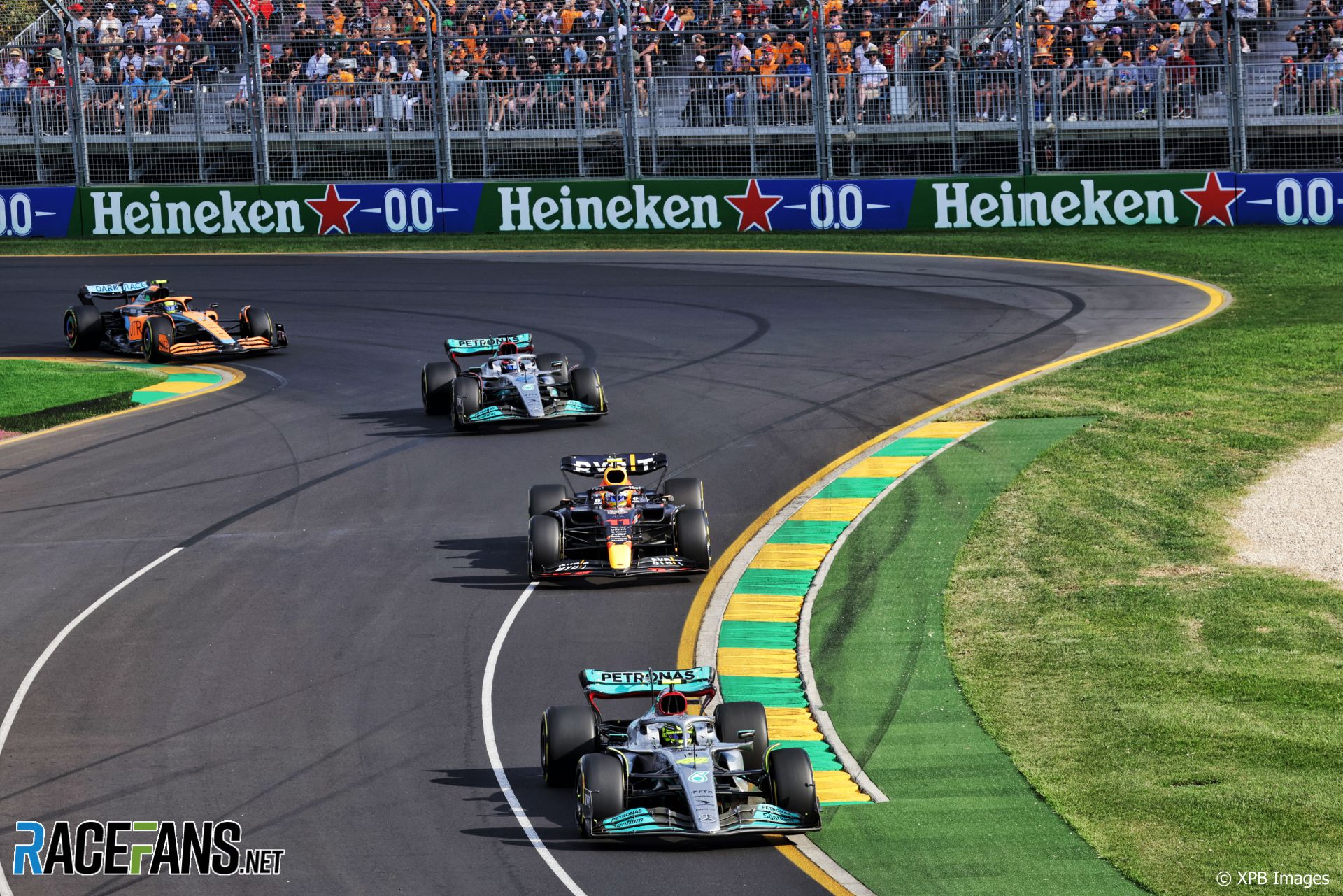 Mercedes’ chances of winning the championship are not good at present, team principal Toto Wolff admitted, but could change quickly if they can unlock more performance from their car.

“I think we’re on the back foot,” assessed Wolff at the Australian Grand Prix. “If I look at it from a mathematical standpoint, in probability, I would probably say that the odds are two to eight.

“But this is motor racing and in motor racing, anything can happen. Teams can DNF and if we unlock the potential of the car, we are right back in the game.

“So, as a motor racer, I would say it’s probably 40-60. As a mathematician, the odds are worse against us but third race into the season, we’re not going to write the title off. It’s just the current status quo, we are seven-tenths off.”

Mercedes still have fundamental problems with their car, largely to do with ‘porpoising’, which they are seeking to solve. “There is a gremlin in our car, a few gremlins that we haven’t found yet,” he said. “And that’s something that we need to continue to analyse and look at the data. It’s science, it’s physics, not mistakes.”

Nevertheless, he believes the team would “get it nailed on with this car, as well,” over the course of the season as others have done.

“You can see that many other teams, like Ferrari still have some bouncing, but they have done many other things right, that we missed out on or that we that we didn’t perform very well.

“Same for Red Bull. Their car got quick from one day to the other in Bahrain testing by bringing the update.”

Mercedes’ W13 has proved “very difficult to correlate” between their simulations and real-world running. “You can only move the car with a certain frequency in the wind tunnel where it’s just limited and on track, it does something completely different.

“So this is a new way of analysing the aero data is a new way of correlation between the simulations and the real world, which needs to be understood. We have the tools and the people to understand that. But we haven’t found that yet.”