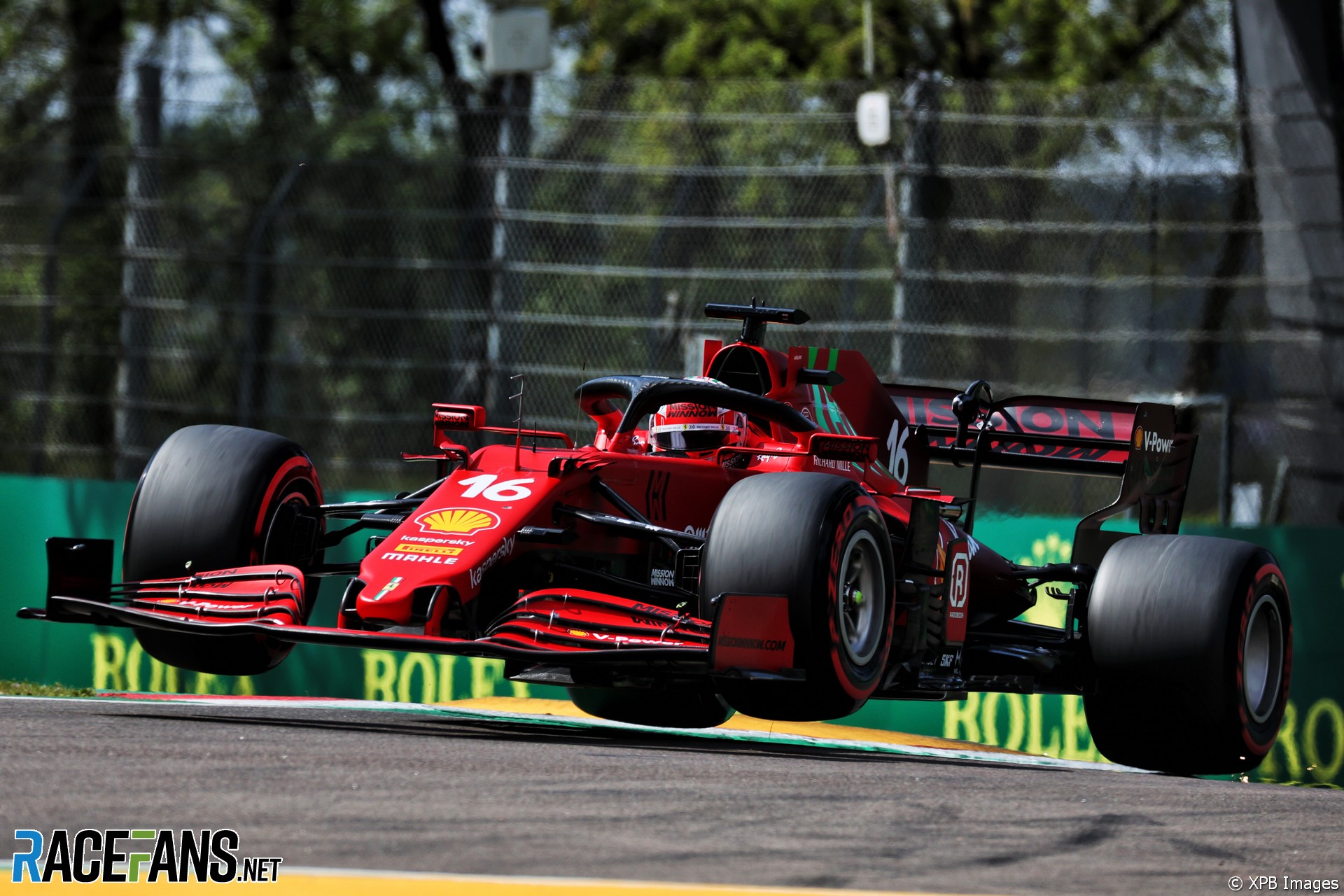 In the round-up: Charles Leclerc says he does not know if Imola will produce an exciting first sprint race of the season.

Charles Leclerc says he does not know if Imola will produce an exciting first sprint race of the season.

The Emilia-Romagna Grand Prix weekend will also be the first of three sprint race weekends for the 2022 season. The race on Saturday will decide the grid for Sunday’s Grand Prix, with more points for the highest placed finishers for this season.

“I had completely forgotten that we have a sprint race there,” Leclerc said in response to a question from RaceFans.

“There are a lot of things that are going to be quite crazy in Imola for us and obviously other that it will also be a race weekend where we’ll have a sprint race. Whether it’s the right track to do so or not, I don’t know – I think we’ll have the answer after the weekend. With these cars, also, maybe it’s a bit easier to follow, so hopefully it should be an exciting sprint race and race.”

Alfa Romeo’s head of trackside engineering Xevi Pujolar believes that Zhou Guanyu would have held off Alex Albon for tenth place in the Australian Grand Prix had he gotten ahead of the Williams on the final lap.

Albon pitted at the end of lap 57 of the 58 lap race, emerging in tenth place just meters ahead of Zhou. Despite the Alfa Romeo’s efforts to pass the Williams out of turn two, Albon was able to use his fresh tyres and pull away.

Pujolar says that Zhou just missed out on a point after only just failing to beat the Williams out of the pitlane.

“We were trying to push and give him the gap, but he was struggling at that point to get any more pace,” Pujolar said when asked by RaceFans. “We lost some time in the last few laps with traffic, with [Lance] Stroll and all that, but anyway, it was very, very close. I think if Zhou was in front, that point was for us.”

Caio Collet ended the second day of FIA Formula 3 testing in Barcelona fastest of all as the only in-season test of the F3 season came to an end.

The MP Motorsport driver’s best time of a 1’31.507 was just over three tenths of a second faster than his team mate Alex Smolyar, with Franco Colapinto third-fastest for Van Amersfoort. Championship leader Victor Martins was 14th fastest in the second day.

The F3 season resumes next weekend for races three and four at Imola during the Emilia-Romagna Grand Prix.

And then there were 4! @courtneyforce and I can’t wait to welcome Baby Rahal #2 in September. #RahalPartyofFour #BigSis pic.twitter.com/9YTaVxTsji

"Albon’s P10 was earned thanks to a combination of his marathon stint on hard Pirellis, Aston Martin driver Lance Stroll backing up Albon's midfield rivals and Williams taking a strategic risk. Such unorthodox strategies are rare, but it’s not the first time in F1 history that an ostensibly strange strategy gambit has yielded a significant result."

‘The pieces are coming together’ for Hitech says Oakes (Formula 2)

"Last year, I think we were quick, but we were unlucky with reliability issues that hindered us a bit, and then we also missed a bit of pace in Qualifying sometimes. Honestly, I think this year, the step forward is that it is the third year of the group being together, and we have got two experienced drivers."

So Close! | First podium of the season at Long Beach (Romain Grosjean via YouTube)

"I started in 6th position, and I got my first podium with Andretti Autosport. My car performed well from the beginning of practice and also during qualifying. I believed in my ability and in my car to get a result that matched my ambitions."

With the Formula 1 calendar expanding to three races in the USA once again, @tommy-c believes F1 has more chance to succeed this time around…

It’ll be interesting to see if this apparent explosion in interest will be a long term thing. I imagine F1 would have been relatively difficult to access in the Americas in 1982 due to time zone differences and a lack of internet. Hopefully this time around the fans stay and the sport grows. The fear I have is that we may well lose some incredible purpose built tracks to mediocre temporary street circuits to maximise exposure and access.
@tommy-c