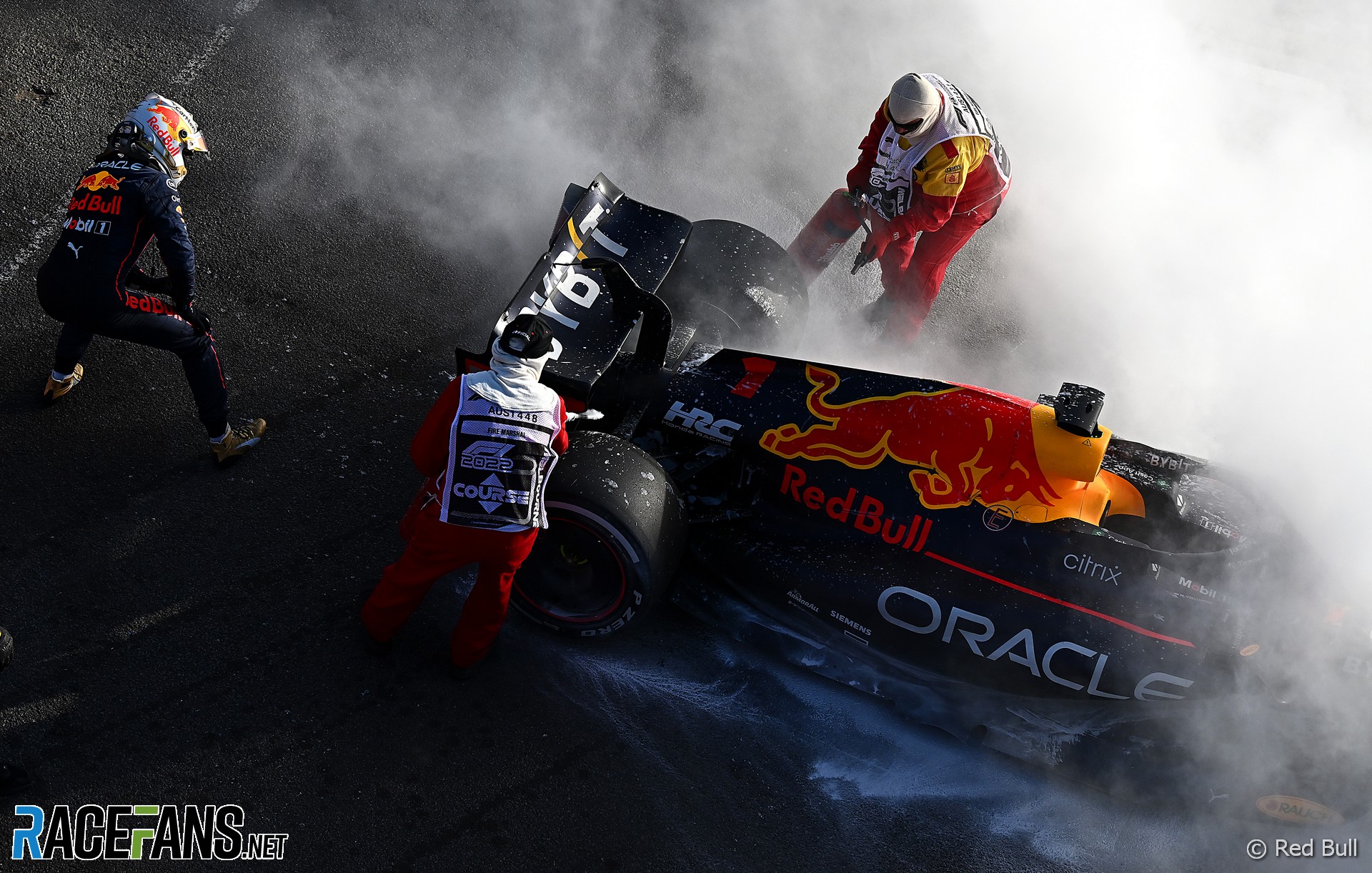 The world champion posted his second retirement from the first three races of the season while running second in Melbourne. Horner said a failure occured in a part which had already been well-tested.

“We’ve been working with our colleagues at HRC [Honda Racing Corporation] in Japan, they found the issues that resolved it and I believe we have a fix for this weekend,” Horner told Sky. “It was just very unfortunate, a part that’s done tens of thousands of kilometres without an issue but unfortunately it appeared at exactly the wrong time in Australia.”

Verstappen’s retirement was the third for the team in six starts so far this year. Sergio Perez, who dropped out of the Bahrain Grand Prix on the final lap, is encouraged by how swiftly the team has identified the causes of the failures.

“What gives us hope is that all the issues for the reliability problems we’ve had, we understood them and we were able to fix them,” he said. “So for now on hopefully there are no more surprises.

“Something unexpected can happen still, but we feel like we’ve come on top of them. That will be critical for us on our side as a team to make sure we are able to collect the points we are able to get weekend by weekend because so far it’s been extremely painful.”

Perez said the team has also been working on why it suffered higher tyre degradation than rivals Ferrari at the last race.

“Certainly in Melbourne they were probably two steps ahead, especially on race day they were very strong,” he said. “I think our deg was quite high come race day.

“We have some understanding on what went wrong. Hopefully, we are able to fix it and be a lot closer on Sunday and in qualifying. We’ll see what we are able to do this weekend.”

Despite Ferrari’s strong championship lead, Perez believes the competition is getting closer between the front-running teams.

“I think everyone is quite close in the pecking order. We saw last weekend anyone can do a really, really good lap time in qualifying and in the race. So I think as the season is progressing the teams are getting closer.”

9 comments on “Failed part which caused Verstappen’s latest retirement ‘had done over 10,000km’”