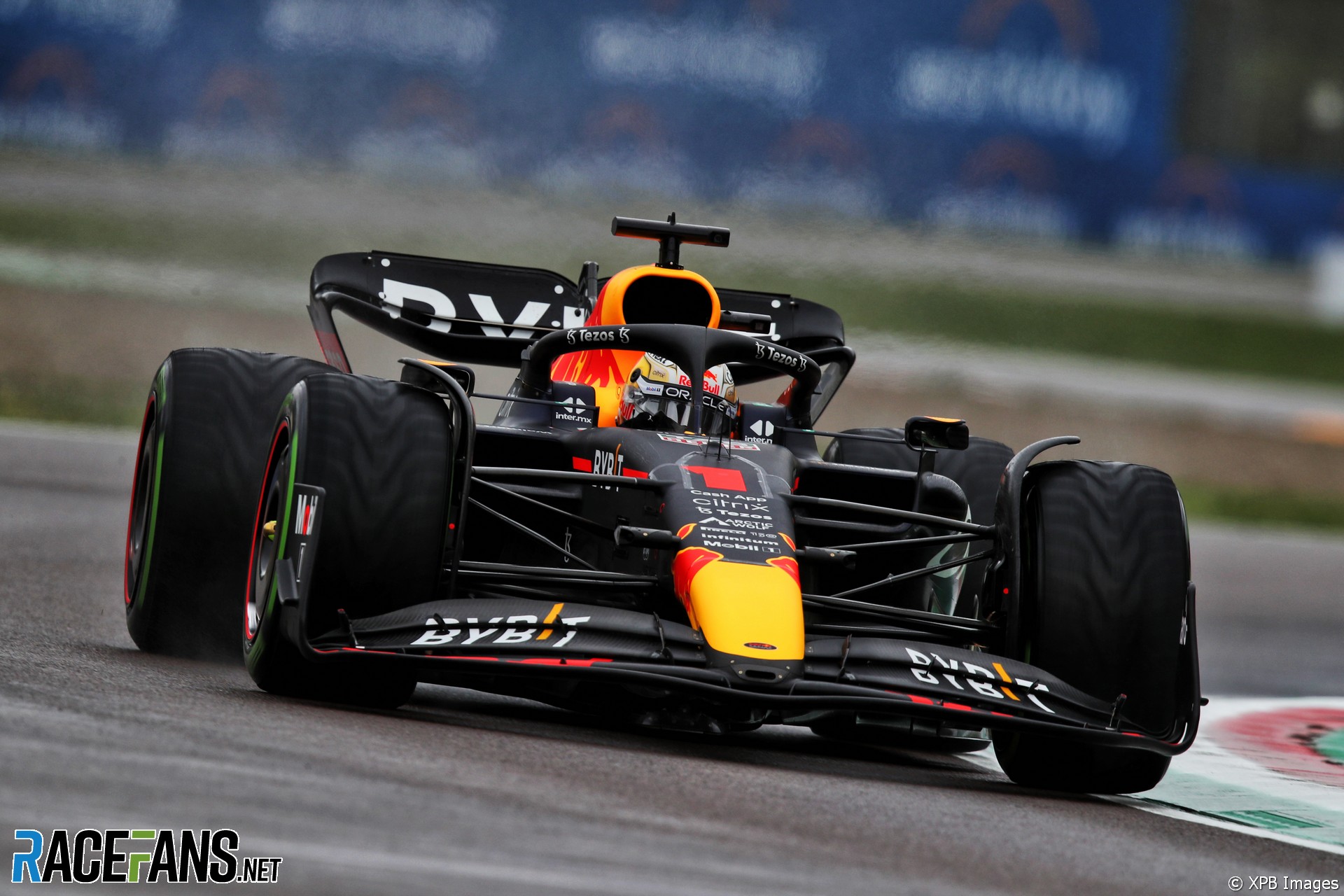 Max Verstappen said he was “very pleased” to claim pole position for tomorrow’s sprint race after a qualifying session which was disrupted by five red flags.

But championship leader Charles Leclerc was left frustrated after missing his opportunity to beat the Red Bull driver to pole.

Verstappen headed qualifying for the first time this year in a session made complicated by occasional rain and a series of incidents involving other drivers.

“It was tricky out there with the rain, and dry,” said Verstappen. “It was very slippery to also get the tyre temps to work. It was hectic, long qualifying.”

Most of the red flags were caused by drivers spinning off or crashing. However Verstappen said they relish the challenge posed by the rapid course and limited run-off.

“We’re very happy to be here, it’s an amazing track. It also really punishes you if you make a mistake you can go in the wall. That’s what we like to make it really hard and difficult.

“I’m very pleased with pole position. I know of course tomorrow and Sunday will be a bit different in terms of weather conditions but at least it is a good start to the weekend.”

The top 10 shoot-out saw no fewer than three red flags, caused by Kevin Magnussen, Valtteri Bottas and finally Lando Norris. It left Leclerc frustrated he did not take advantage of his opportunity to beat Verstappen to pole.

“It was very tricky, especially on the slicks, there were quite a lot of wet patches so it was all about putting the laps in and waiting for Q3 to put everything together,” he said.

“This is why it’s even more frustrating for me because when it counts in Q3 I did the wrong choice. But it’s life. At the end, P2 is not a disaster. Everything to play for tomorrow and after tomorrow and we’ll give everything.”