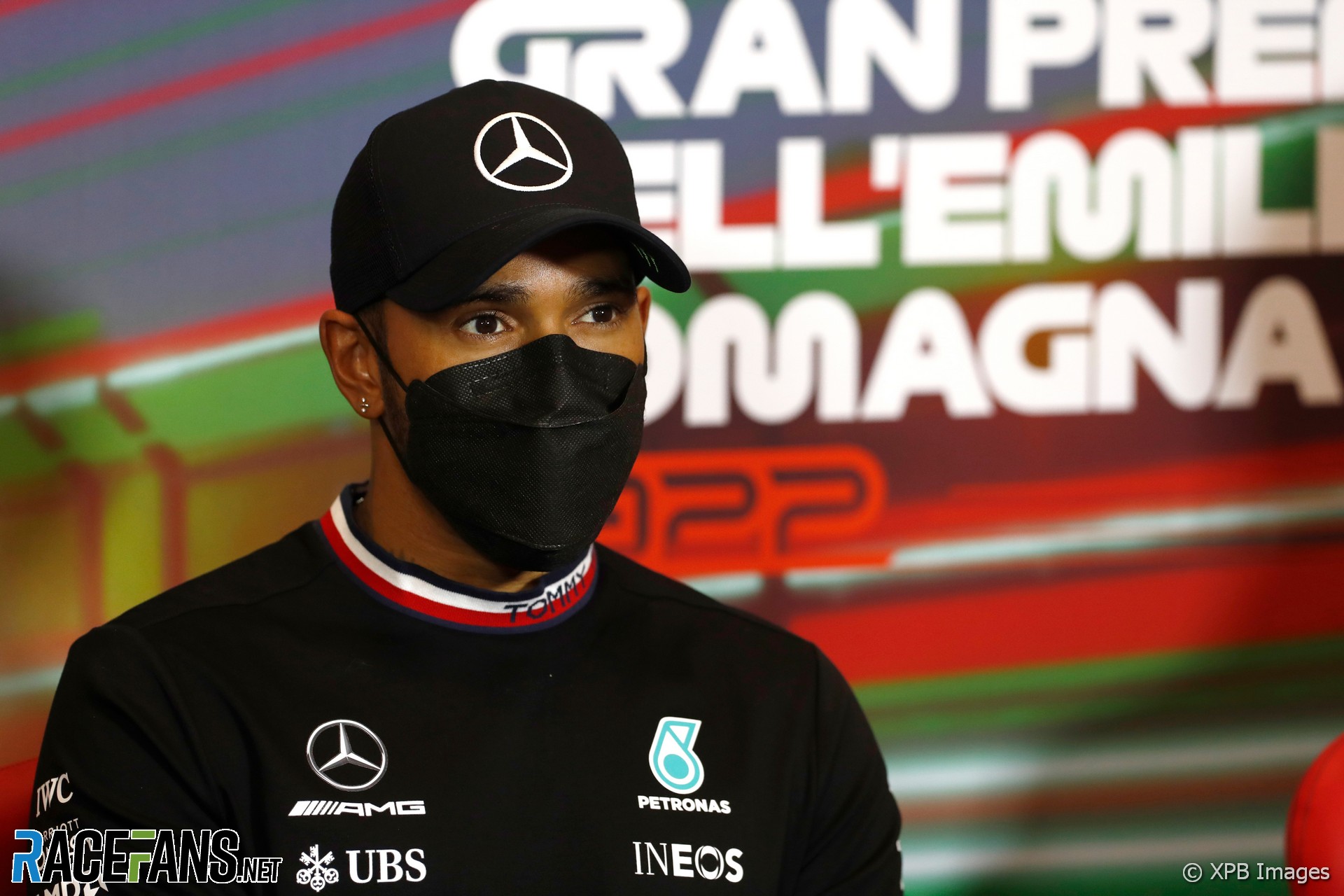 Lewis Hamilton says his childhood passion for football motivated his interest in joining a bid to take over the English Premier League side Chelsea.

The Mercedes driver said he’s “been a football fan since I was kid” after confirming he is part of the bid headed by businessman Martin Broughton.

“I played football probably from the age of four until I was 17,” said Hamilton. “I was in teams every year, I played in the school team every year through my childhood. I’ve been to numerous games.”

Hamilton even tried to play for his local team at one point. “I remember collecting all the stickers, you’d go down to the store and get those books and you had to trade cards, I remember filling all those up as a kid and trading them for pennies, trading them for sweets with other kids, for the most valuable cards.

While Hamilton has previously described himself as a fan of Arsenal, he also has a family connection to Chelsea.

“When I was young, around the corner from where I lived, I used to play football with all the kids, a couple of my close friends at the time,” he said. “I really wanted to fit in, I was the only kid of colour there but I [knew] that the kids all supported someone different. One was Tottenham, one was Man U [Manchester United].

“I remember switching between these teams when I was younger and getting home and my sister punching me several times in the arm, and my sister saying ‘you have to support Arsenal!’ So I remember at five or six years old that I then became a supporter of Arsenal.

“When I heard about this opportunity I was like, ‘wow, this is one of the greatest opportunities to be a part of something so great’.”

Chelsea came up for sale after the United Kingdom government brought sanctions against its owner Roman Abramovich over his connections to Russia in light of the country’s invasion of Ukraine in February. Hamilton said Broughton made an approach to him shortly afterwards.

“Naturally I heard about it in the news, everyone was obviously aware of it. We were contacted and Sir Martin took time to speak to me on the phone and explain his and his team’s goals for if they were to win the bid, which was incredibly exciting and it was very much aligned with my values.”

“We spoke about it, she asked me what my thoughts were on it and I told her that I’m going to be a part of it and she decided to join.”

Through his Hamilton Commission, the seven-times champion is promoting participation in motorsport to those from non-traditional backgrounds. He said he is impressed with the work Chelsea has done to promote diversity and inclusion.

“We’re trying to acquire a team and move it forward. This is a team, this is all about the community. That’s what really makes a football team, it’s the people in and around it. They’ve done and been quite leading in their work in D&I and becoming more diverse and progressive.

“So it’s not that we’re associating ourselves with previous owners. Our goal is to continue some of the work that they’ve already done and have even more of an impact and engage more with the community.”

One comment on ““It’s the biggest sport in the world”: Hamilton explains why he joined Chelsea takeover bid”