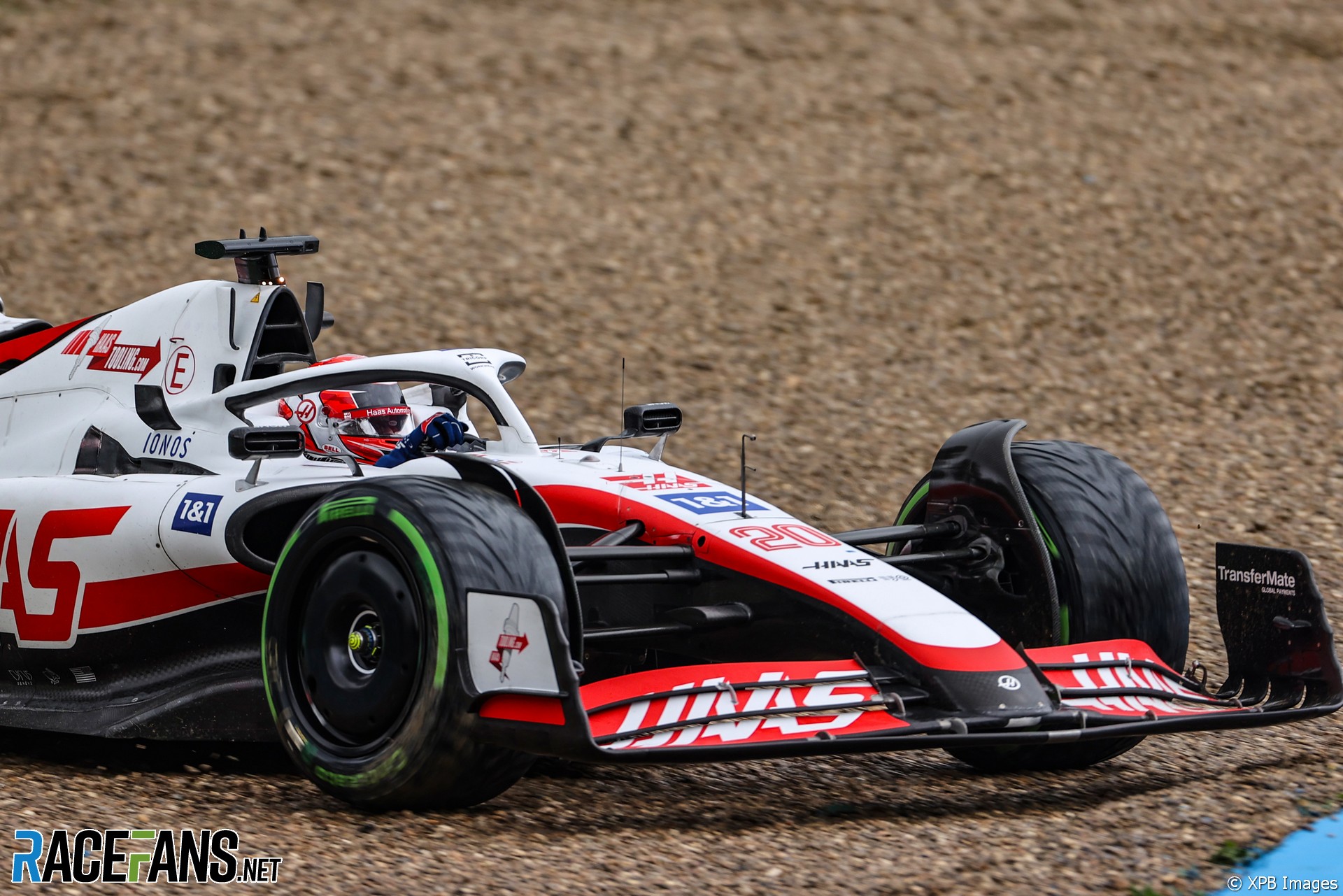 Kevin Magnussen admitted he thought his qualifying session was over when he spun into a gravel trap in Q3.

But the Haas driver was able to re-join the action and went on to equal his best qualifying performance to date by taking fourth place.

“I’m super pleased,” he said in response to a question from RaceFans after qualifying. “It’s another unbelievable result for us.

“The car was just great, so fast and a joy to drive. So proud of the team.”

Asked about the spin which nearly ended his session, Magnussen said: “I ran out of talent.” He spun backwards into a gravel trap at Acque Minerali, but managed to keep his car moving and eventually extracted himself from the run-off area.

But Magnussen admitted he feared he would go no further as he spun off the track. “I touched the white line and then it was gone and I thought I was going to hit the wall,” he said.

“Then I went into the gravel and slowed down quite a lot. I saw the anti-stall, pulled the clutch while I was still backwards and went on throttle just enough to get out into that escape road. Lucky!”

He returned to the track for a final bid to improve his time but was unable to beat Lando Norris for third place after the McLaren driver crashed at the same turn Magnussen had gone off at earlier.

“I only had a couple of hundredths of a second up to top three, so I was just going to go for that,” he said. “So I was a little disappointed when [the red flag] came out.

Magnussen suspects he has qualified higher than would have been possible had the session stayed dry, and is hopeful he can maintain his advantage in tomorrow’s sprint race.

“We were more competitive in the wet for some reason, we made the tyres work better or whatever. But in the dry we got through to Q3 still in P7 and it wasn’t fantastic laps from my side and we were still dialling in the car. So it’s very positive.

“It’s going to be dry tomorrow, it looks, it’s not easy to overtake on this track so I’m hoping I can stay in the top eight and get some points.”