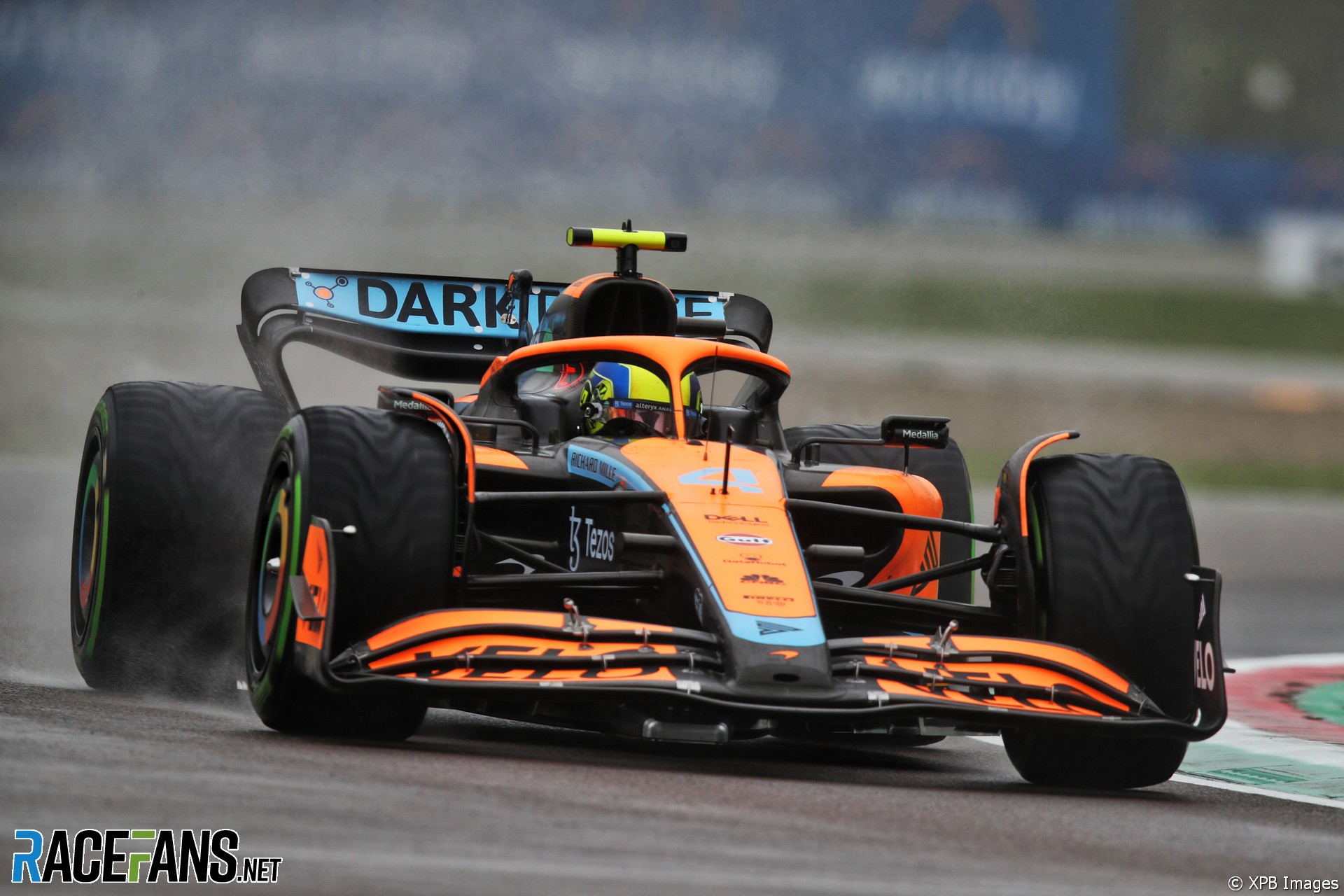 Lando Norris says he could have challenged Charles Leclerc for second on the grid for the Imola sprint race before he went off at the end of the session.

The McLaren driver was sitting in third at the second red flag of Q3 caused by Valtteri Bottas pulling off the circuit. When the session resumed, Norris ventured out to try and improve his time along with his rivals, but went off the track at Acque Minerali, spinning into the barriers.

That triggered the final red flag which secured his third position on the grid for the sprint race.

Norris was satisfied with securing third, but believes there was a potential for more had he not spun off. “Of course I’m happy – I’m top three, which is quite a surprise for us,” he said.

“There was a lot left in the lap. So I just tried to get the tyres into temperature, but I pushed too hard on the out-lap. So it’s a shame, because there was a chance, at least, to maybe have a go at Charles.

“It’s difficult to say because I’m sure that everyone can say they improved. There was a possibility for us to go forwards even more, because the car was feeling feeling good and I was feeling confident. So it’s a shame it ended like that, but a good position for tomorrow, so I’m happy.”

After a difficult start to the season, McLaren enjoyed their best performance of the early part of the year at the last round in Australia, finishing fifth and sixth. Although McLaren have secured third and sixth on the grid for tomorrow’s sprint race, Norris says the result has more to do with the team making the most of the wet conditions, rather than having turned around their raw performance.

“I think it’s difficult to say,” he said. “These conditions made a big difference for us today, and I think that’s why we’re in the position we were. I think if it was completely dry, we wouldn’t be in third place.

“We made the most of today, of course, and we’ve given ourselves the best opportunity to score some good points this weekend. So that’s the aim.”