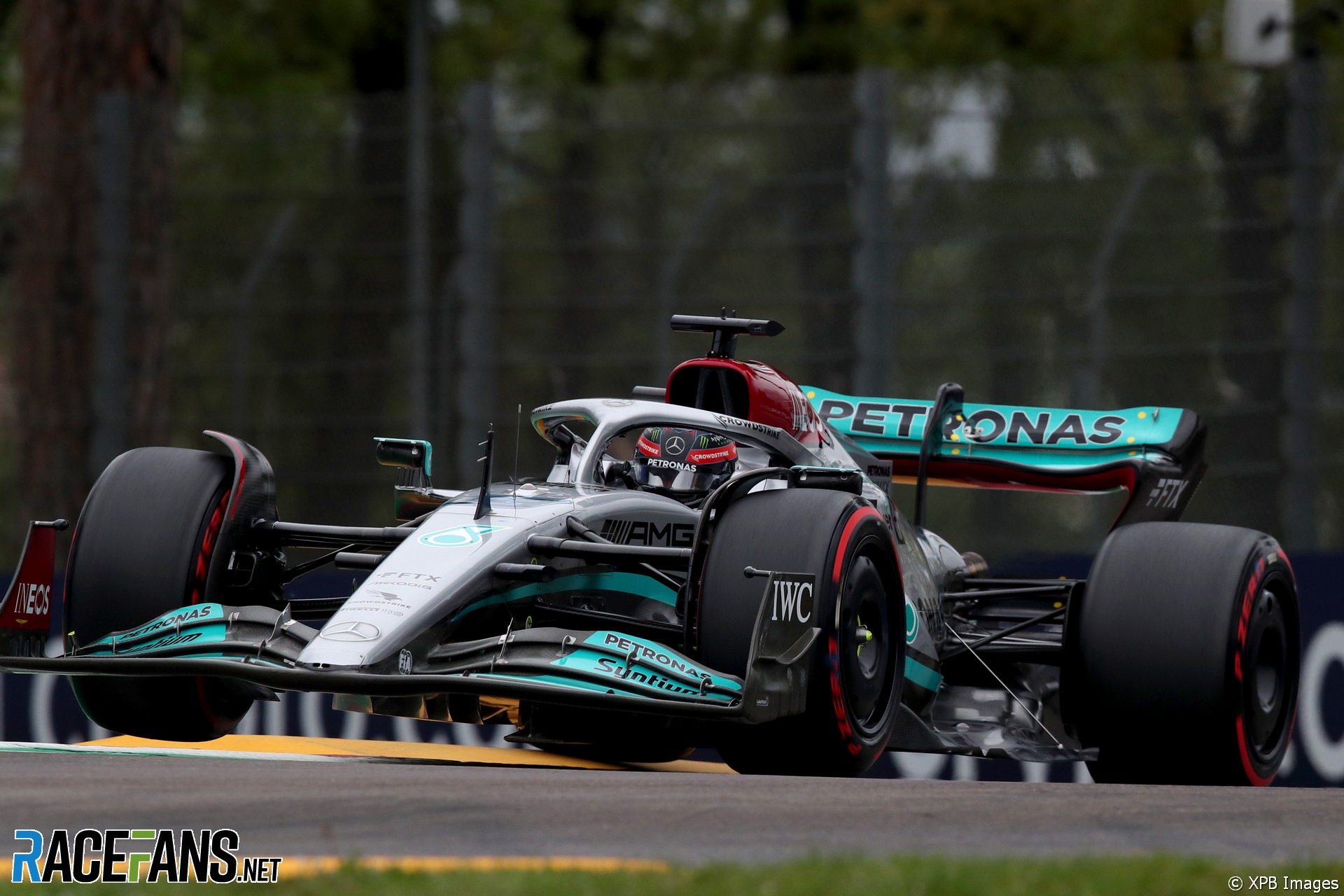 George Russell used soft tyres to set the fastest time of the second and final practice session for the Emilia-Romagna Grand Prix.

Russell was less than a tenth of a second faster than Sergio Perez, who set his fastest time on the medium tyres. Charles Leclerc was third fastest, while sprint race pole winner Max Verstappen was seventh.

After the rain on Friday, teams were greeted with a dry track for the second and final practice session of the weekend.

As the field quickly took to the track to gather as much data as possible, Daniel Ricciardo was prevented from taking to the track due to a problem on his McLaren. Valtteri Bottas was also forced to wait, while the Alfa Romeo mechanics continued to work of his car following his technical problem that ended his Friday qualifying.

Red Bull took to the soft tyres early, with Perez fastest from team mate Verstappen. Other teams opted for longer runs on the medium tyres ahead of the sprint race later in the afternoon, with Lewis Hamilton moving into second in the times behind Perez.

After Ricciardo was delayed, Lando Norris was also prevented from going back out onto the circuit after only six laps, the team having discovered a brake problem on the other McLaren after its first run.

Russell used soft tyres to set the fastest time of a 1’19.790, three tenths of a second quicker than Perez. The Red Bull driver then improved his time to get within a tenth of the Mercedes, albeit on the medium compound tyres, while Leclerc went third fastest in the Ferrari.

None of the top 10 improved their times in the final minutes, leaving Russell fastest overall at the chequered. Perez ended the session in second, with Leclerc third. Hamilton finished the session in fourth, with Fernando Alonso fifth.

Carlos Sainz Jnr was sixth in the second Ferrari with sprint race pole sitter Max Verstappen in seventh. Neither Ricciardo nor Valtteri Bottas were able to take to the track in the session.