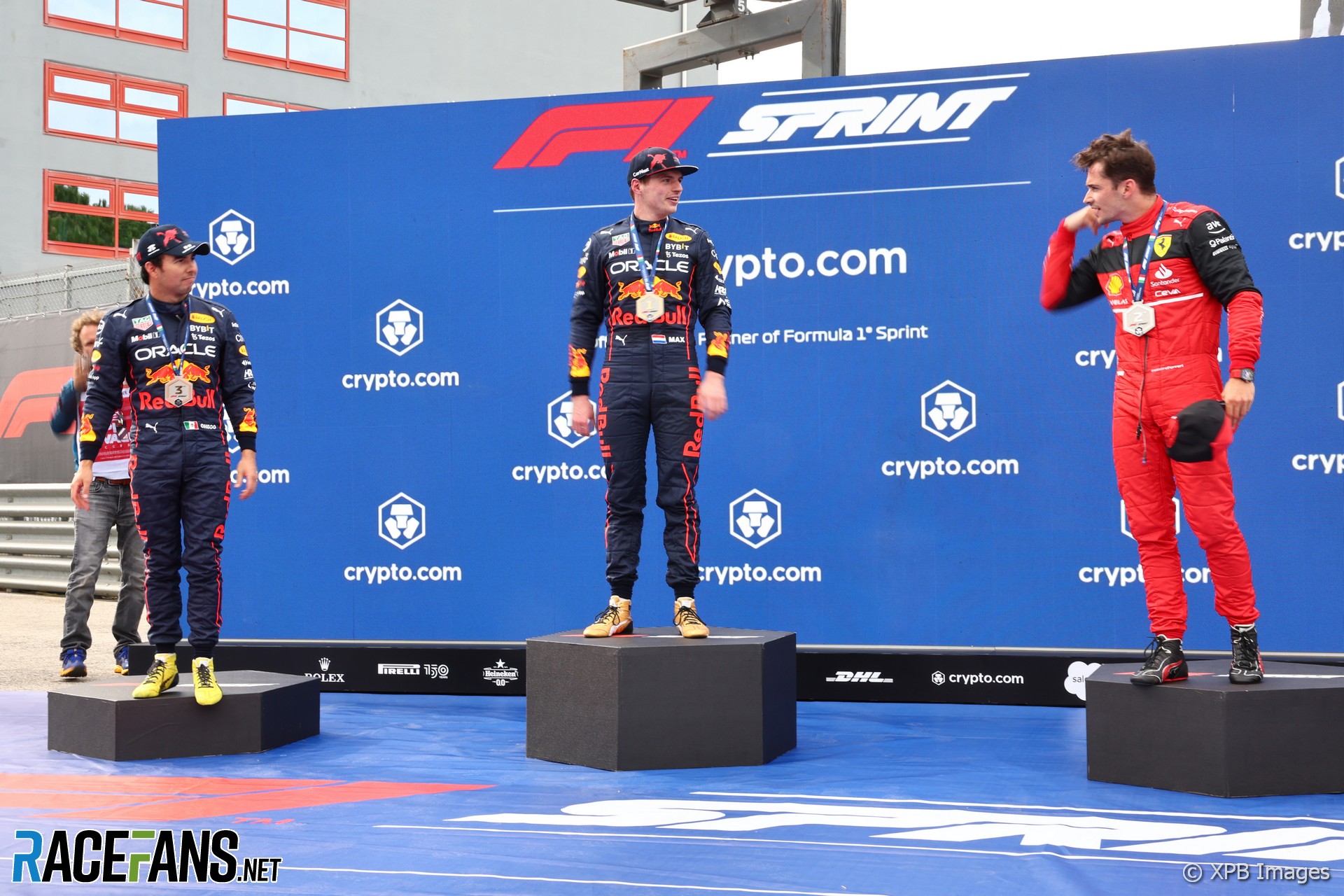 Formula 1 teams have agreed to double the number of sprint races on next year’s calendar.

However the FIA has said it is still considering the implications of a proposal to increase the number of sprint races from three to six.

The plan to extend the trial of the sprint format, which was used at three rounds last year and will take place three more times this year, was discussed at a meeting of the F1 Commission in London today.

In a statement the FIA said: “Formula 1 and the teams were supportive of an extension to six sprint events for the 2023 season, running with the same format as in 2022.

“While supporting the principle of an increased number of sprint events, the FIA is still evaluating the impact of this proposal on its trackside operations and personnel, and will provide its feedback to the Commission.”

The sprint format was trialled at three rounds last year. F1 hoped to expand it to six events this year, but the proposal was blocked by some teams on cost grounds. The first of three sprints on the 2022 schedule was held last weekend at Imola.

F1’s next revision of its power unit regulations, due for introduction in 2026, was also discussed. Among the talking points was the knock-on effect of a potential reduction in power, which could be offset by ensuring the chassis regulations lead to a reduction in drag.

The FIA set six preliminary targets for the new rules, including significantly reducing drag, further improving how closely cars can follow each other, reducing the physical dimensions of the cars, cutting or maintaining current weight levels, increasing the use of standardised and sustainable components and further improving car safety.

Two other changes were confirmed. Following the recent introduction of a new specification of helmet cameras, these will become mandatory from 2023.

A trial reduction in drivers’ tyre allocations will also take place. Drivers will receive 11 sets of tyres per weekend instead of 13, “to evaluate the impact of the reduction in tyre allocation on track-running, with the overall intention to move to more sustainable use of tyres in the future”, the FIA said.

The commission is also understood to have discussed the impact rising inflation is having upon F1 teams. The financial working group will produce proposals on how to alleviate the pressure this has created as teams are bound to a budget cap of $140 million (£111m) each, with exceptions, this year.

No decision has yet been communicated on how F1 intends to address the loss of the Russian Grand Prix, which was scheduled to take place on September 25th, but was cancelled after the country invaded Ukraine in February.