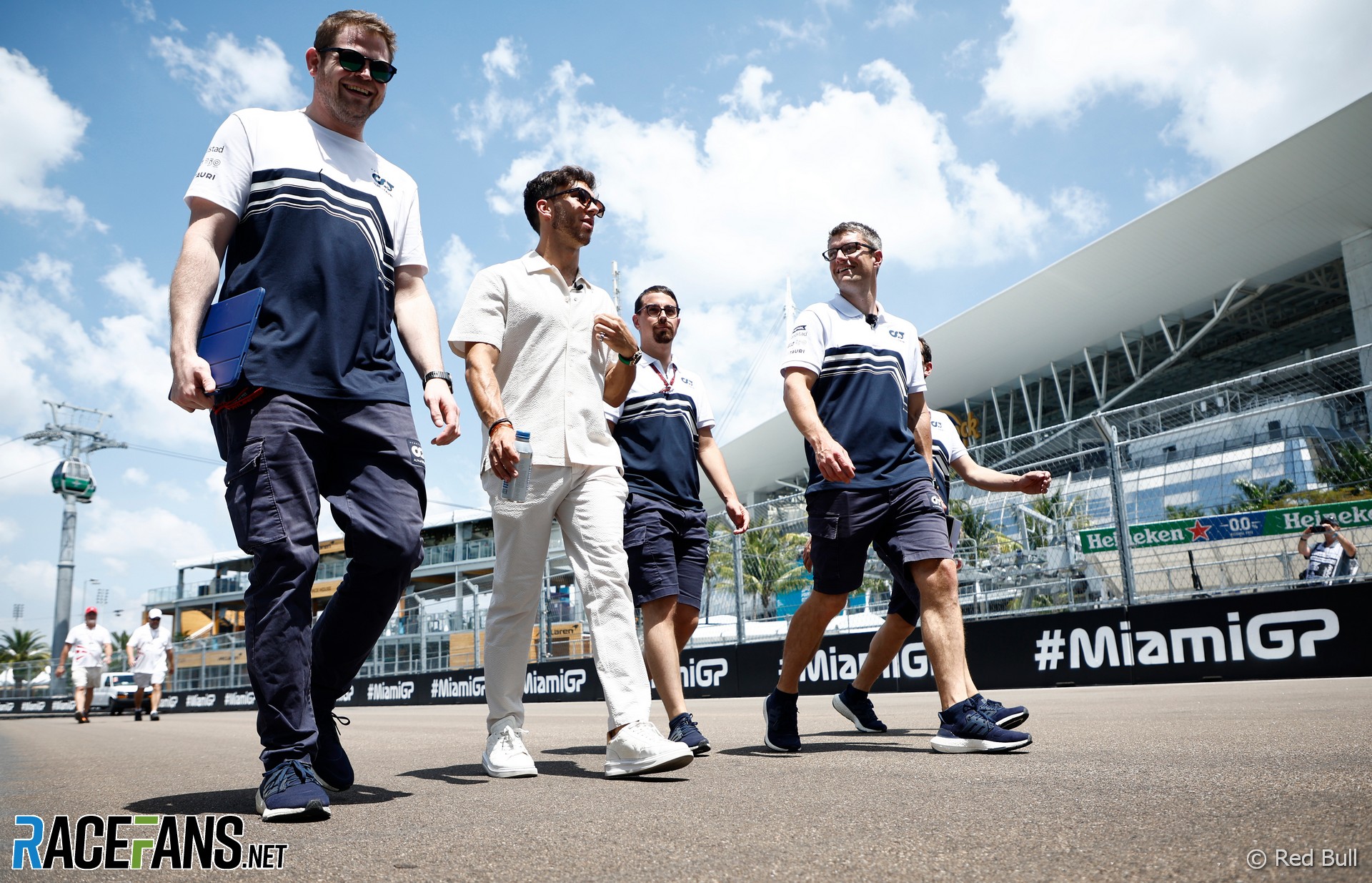 Pierre Gasly says the buzz around the Miami Grand Prix feels like Formula 1’s equivalent of the Super Bowl.

The AlphaTauri driver is enjoying the level of attention F1 is receiving, after two years of largely enforced quietness during the pandemic.

“It feels like our Super Bowl in Formula 1,” said Gasly. “I must say I’ve never had anything like this, I’m super-excited.”

“It’s the first time, especially after the last few years we had with with COVID where it was impossible to have any sort of marketing communication, [we have] big events with the fans and people like yesterday.”

F1’s long-awaited first event in Miami began with a special launch event at Hard Rock Stadium yesterday. “I’ve never seen a Wednesday in Formula 1 where people show up at the track in the wet and just feel like that much energy,” said Gasly.

“There is a massive build-up to it. I always use that energy around as well to build myself up. So I’m super hyped up about it.”

F1 drew a packed crowd to last year’s United States Grand Prix at Circuit of the Americas – which was the first time it had visited the country since 2019, due to the pandemic. Gasly agreed the buzz around this weekend’s race is bigger than it was in Austin last year:

“Big time. Since I arrived Monday night from the airport onwards, everywhere we go, everyone’s talking about the race. I’ve never had that many friends this week everybody’s asking to come to the race like three days before the event which is obviously impossible.

“I know a lot of people just coming to Miami, they don’t even have tickets, but they just want to be in Miami because this is happening. So there is a very special feeling about this race.”

Gasly’s team mate Yuki Tsunoda is making his first visit to Miami and wants to return when it is less busy to discover more of the city.

“I’m really enjoying the atmosphere here in Miami in general,” he said in response to a question from RaceFans. “It’s my first time. It’s pretty warmer than I expected, it’s more humid.

“I want to come here outside of racing. Race week of course there’s a time that you can go around, but at the same time I had a busy last two days. As soon as I came to Miami there’s either filming or meet and greet, something like that. So I couldn’t enjoy fully and I couldn’t go to a place I want to go.”

“I already found a good restaurant two days ago,” he added. “I didn’t expect like this good in terms of food in America, or Miami. So I’m quite surprised.

“I didn’t go yet to the beach – I just went at midnight so I couldn’t see anything. But I like it here.”