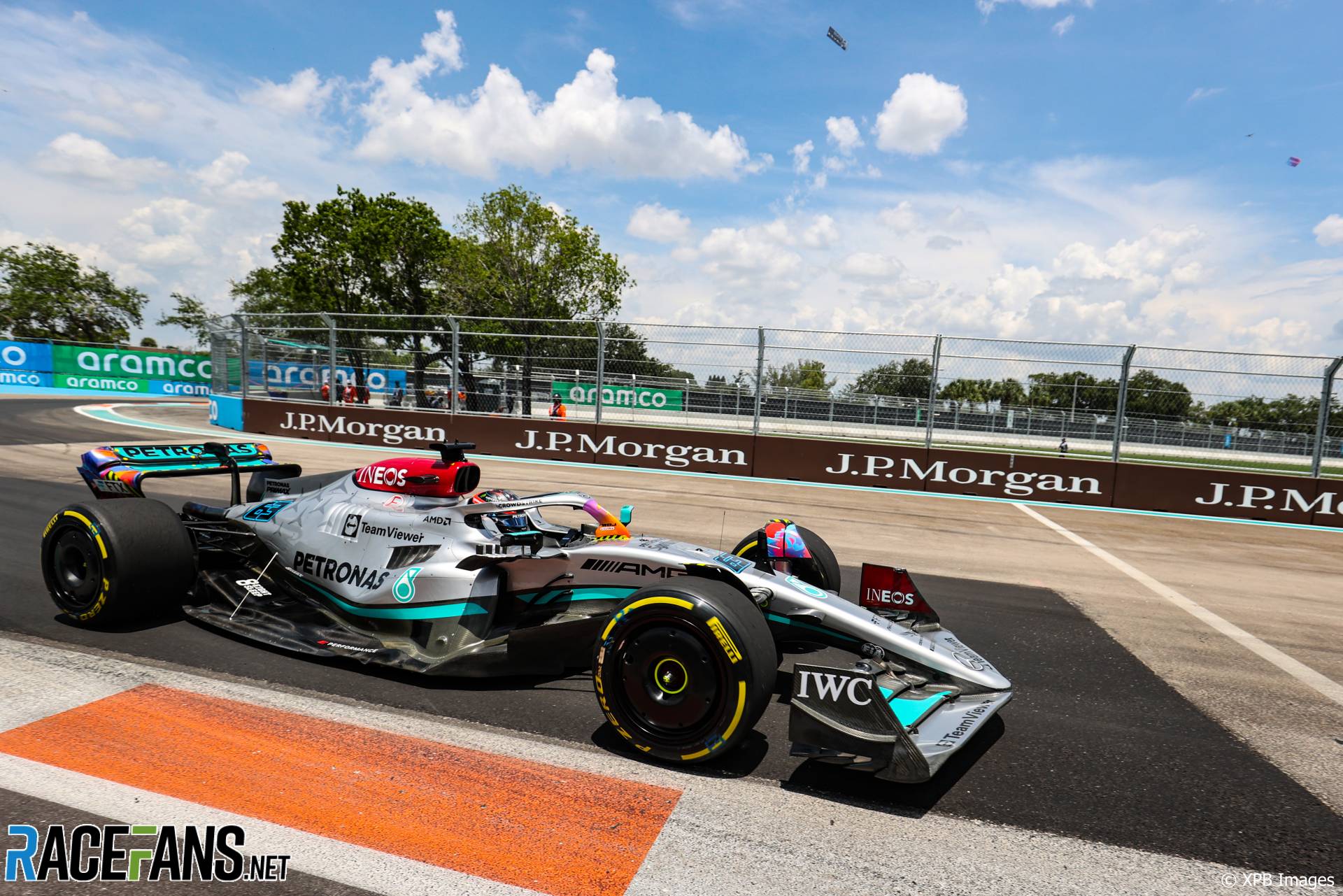 Second practice pace-setter George Russell says his car felt like a “totally different beast” after he was eliminated in the second round of qualifying.

Mercedes appeared to have made progress with their car after leading the times on Friday in Miami. While Russell had urged caution over whether their gains were real, he admitted he was disappointed after taking 12th on the grid for Sunday’s race.

“Today it felt like a totally different beast,” said Russell, confirming the porpoising problem Mercedes has suffered from all year returned in qualifying.

“We had loads of porpoising today and we don’t really understand why,” he said. “That was the difficulty.”

Russell said the problem had become worse in some respects. “It was the first time I’ve ever felt it all the way through a corner,” he said. “That’s through turn four, turn five. And then into all of the braking zones.”

His best lap time in qualifying was two-tenths of a second off his benchmark from second practice. “It’s a shame because I was slower today than I was yesterday,” said Russell. “Everyone else got one second quicker.”

He revealed the team went back on a set-up change it made ahead of the final practice session. “There’s clearly something in the conditions or, I don’t know what it may have been, but the feeling from within was really different.”

“It’s just like the rear of the car is hopping around and you just don’t have any support or stability in the rear,” he added. “Yesterday we were flying through sector one, I had so much confidence in the car and suddenly it was a totally different beast today.

“As I said, it makes sense from within the car, but we don’t really understand why it’s feels so different.”

During Q1 Russell described the problems he was having on his radio. “I don’t know what we’ve done with the ride,” he said. “The bouncing is still bad into four and I’m getting a lot of hopping around 12.”

Team principal Toto Wolff believes the root cause of the different symptoms is the same thing. “I think we are now specialists in bouncing and we can divide that in various capacities, whether it’s porpoising or bouncing or bottoming, it’s the full range,” he said. “Fundamentally it’s always the same problem.”