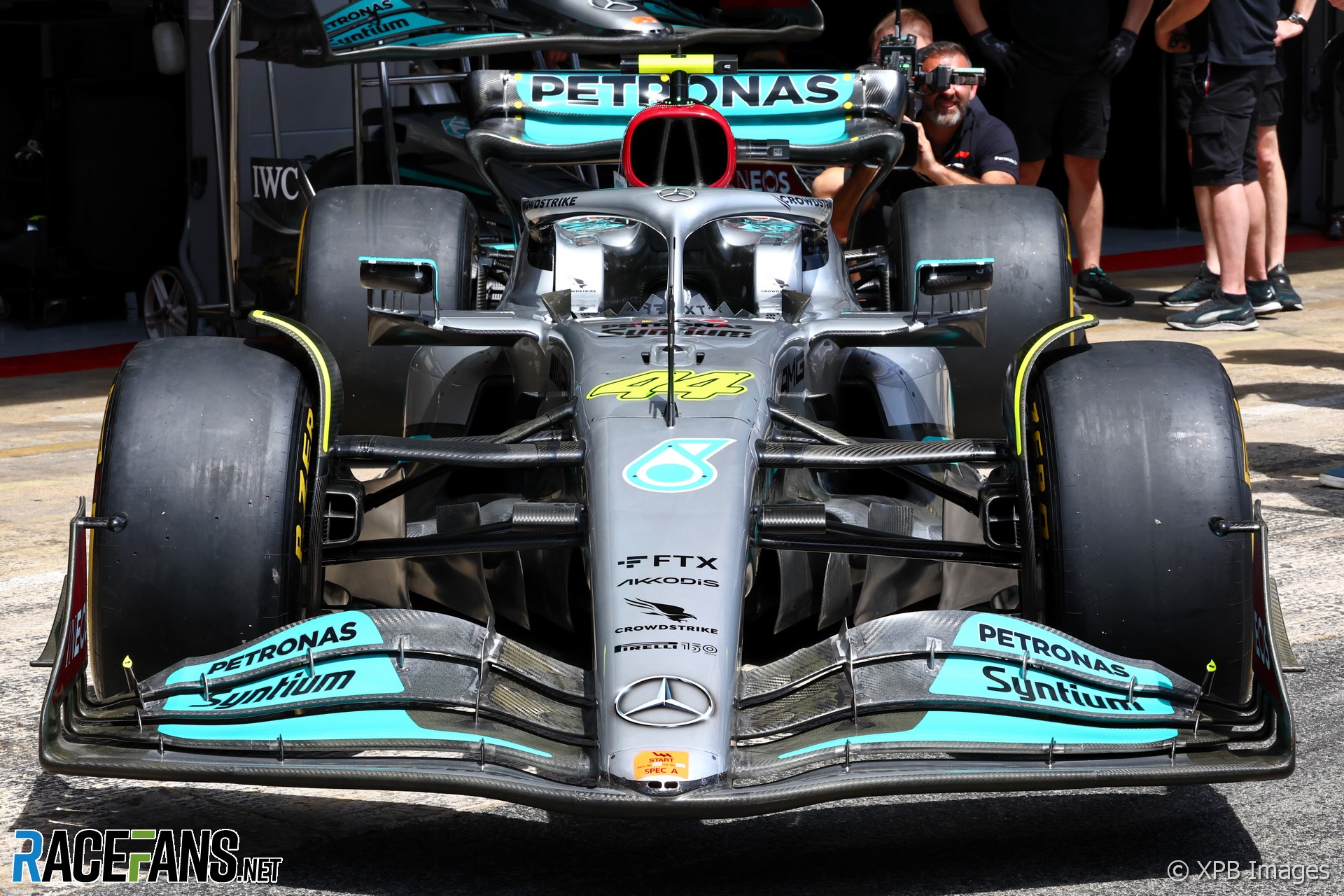 George Russell says that the Spanish Grand Prix will mark a key weekend in determining the future development of Mercedes’ W13.

The team lies third in the constructors’ championship, well behind Red Bull and Ferrari. Mercedes have struggled to match the pace of both teams and suffered especially acute problems with porpoising.

With many teams, including Mercedes, bringing a wealth of upgrades to Barcelona this race weekend, Russell says the team’s performance could influence the development path they follow for the rest of the 2022 season.

“I think this weekend is for sure going to be important, as most weekends are,” Russell said. “But I think Rome wasn’t built in a day and it is taking time to first recognise what the problems are, develop things back at the factory to try and resolve these problems and then try to implement them.”

Following the first pre-season test at the Circuit de Catalunya three months ago Mercedes introduced a radical sidepod design to their car. Russell said they had seen signs of progress at the previous race and this weekend will decide whether they stick with their current development direction or abandon it.

“Obviously we don’t get much track time and Miami was a first taste of the direction we need to take. I think this weekend will be the second taste and I think we will have a good conclusion after this weekend if we can continue down the path that we’ve chosen or we need to go down a different path. So that’s exciting.

“I think if this is the path, we’re not going to suddenly see us on the top step of the podium. But either way we will have a positive outcome from this weekend.”

Russell’s team mate Lewis Hamilton says that even if Mercedes opt to go in a different direction from their ‘sidepodless’ design, they will not be forced to “start from scratch”.

“I’m not a designer so I don’t want to say that I have an opinion on whether design is right or wrong,” Hamilton said.

“It looks a little bit different to some others, but I think it looks unique and that’s what we stand for as a team. Just always innovating and coming up with interesting concepts.

“But I think we will understand from this weekend whether where we are is the right direction or, if not, we’ll burn it up and we’ll move in another direction. But it won’t mean that we have to start from scratch. I don’t think, it would just probably be a side step in either direction.”