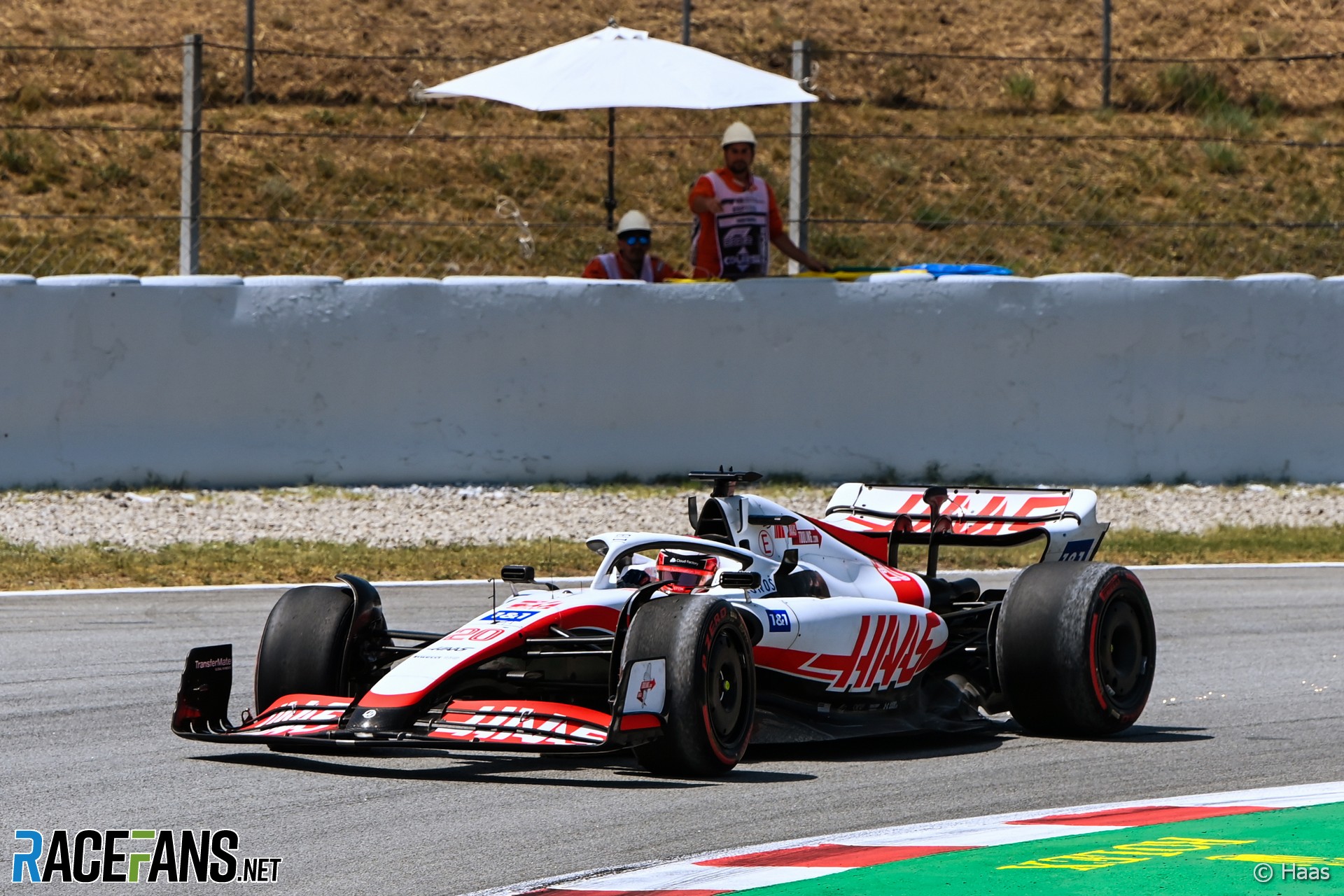 Kevin Magnussen says he’s changed his opinion of his first-lap collision with Lewis Hamilton in the Spanish Grand Prix.

The Haas driver remarked on his radio Hamilton “knew what he was doing” after the pair collided on the first lap of Sunday’s race. Magnussen later played this down, saying it was a comment made in the heat of the moment.

Having watched footage of the incident, Magnussen said today that he’s “changed my view” on what happened.

Magnussen was trying to drive around the outside of Hamilton at turn four when the pair made contact, leaving both with punctures. The Haas driver admitted he originally suspected Hamilton had allowed his car to run wide and make contact with his, but now realised that wasn’t the case.

“I had the feeling when I was on the track that he opened his steering, but that’s not what happened,” said Magnussen. “He just got in the slipstream of the Ferrari, understeered a tiny bit, and I was super-close to him. I didn’t give him much room. I gave no margin. So we touched and it is what it is, unfortunately.”

Following the contact Hamilton as able to recover to fifth place while Magnussen finished out of the points.

“I just wish I had turned in one millisecond later to have a little bit more,” he said. “But in a corner like that, if you’re going to go around the outside, you want to be as close to him as possible. You don’t go too wide and go in the dirty part of the track. That’s what I did and we touched, unfortunately.

“There was also a lot of bad luck in that. If I’d just been a little bit further forward when we hit, we would have hit rim-to-rim and it would have been different. But unfortunately it just hit with the side of the tyre and his side of the tyre, puncture. So it’s bad luck. I wish I had given him slightly more room.”