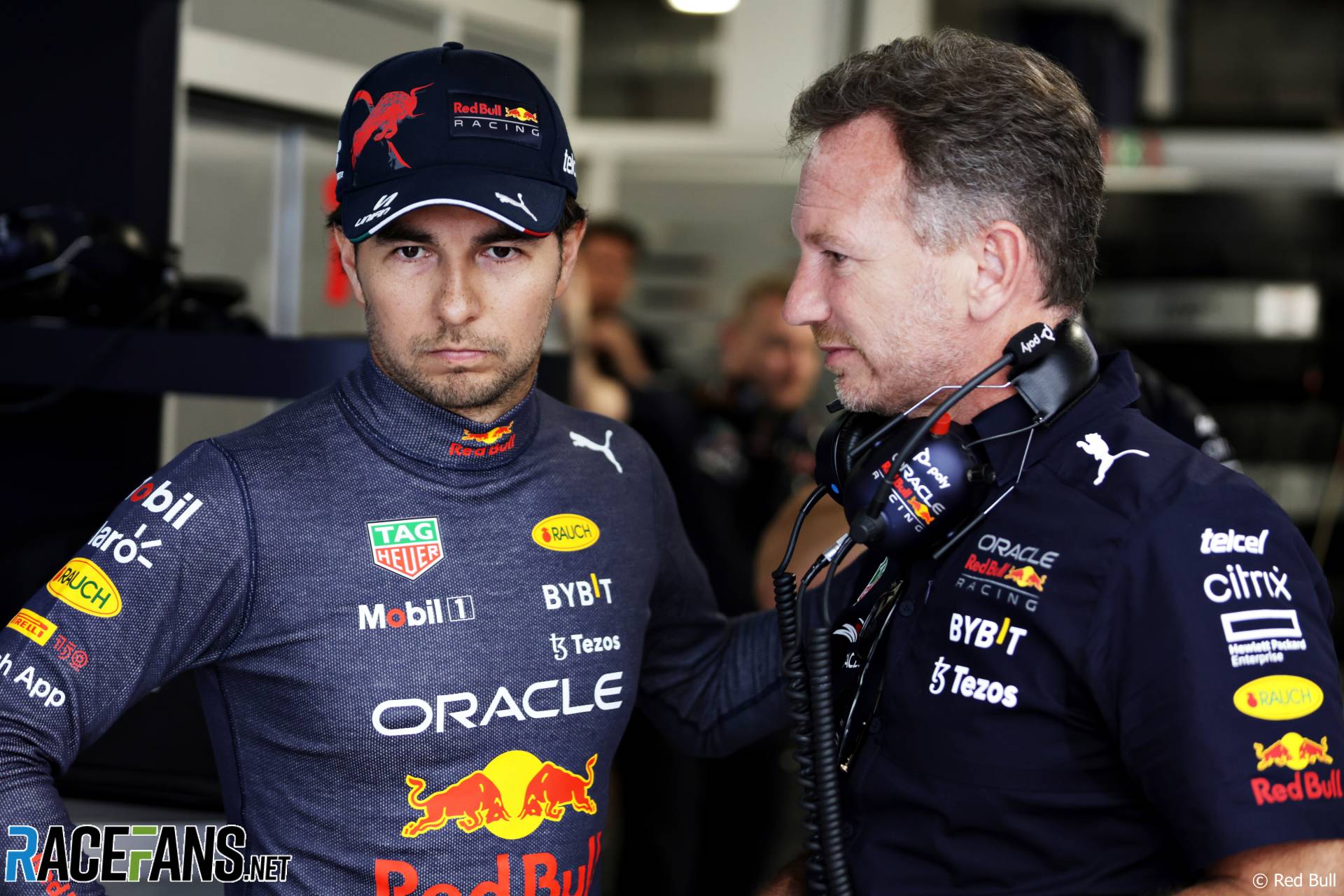 Red Bull team principal Christian Horner says there is ‘no better team player in the pit lane’ than Sergio Perez as the team consider extending their contract with the Mexican driver.

Perez is in his second season with Red Bull alongside world champion team mate Max Verstappen after being brought into the team to replace Alexander Albon for 2021. The team signed Perez to a one year extension for the 2022 season, with Perez expressing his desire to have a “longer stay” with Red Bull after this season.

The veteran driver currently sits third in the drivers’ championship, 25 points behind Verstappen. Asked what Perez would have to do to earn an extended stay with the team, Horner said Perez needs to “keep doing what he’s doing” in the car.

“He’s driven extremely well so far this year, the delta between him and Max has diminished significantly compared to last season. I think he’s happier in the car. He’s achieved a fantastic pole position already in Jeddah this year. He’s driven some great races.”

In last weekend’s Spanish Grand Prix, Perez obeyed multiple team orders to allow Verstappen to pass him and stay behind his team mate once he had caught him.

“As a team player, I don’t think there’s anybody better in the pit lane,” said Horner.

“So he’s doing a great job, he needs to keep doing what he’s doing and then talks should hopefully be reasonably straightforward.”

Although Perez questioned his team’s orders in Barcelona, Horner said the driver accepted the decisions after the team discussed their strategy following the race.

“He understood by Sunday after the race,” explained Horner. “I think when you look at the race board, you see the different strategies that the drivers were on.

“I think that once he understood the different strategies, the tyre advantage that Max had with temperatures soaring out of control – we saw the issues that obviously Ferrari had – as a team it was a logical thing to do not to allow the drivers to fight each other and try and bank those points.

“We’ve obviously talked them through the rationale behind them, which he fully accepted and understood. Now obviously we try and focus on this race and again try to take the fight to Ferrari this weekend.”

6 comments on “‘No better team player than Perez’ says Horner”