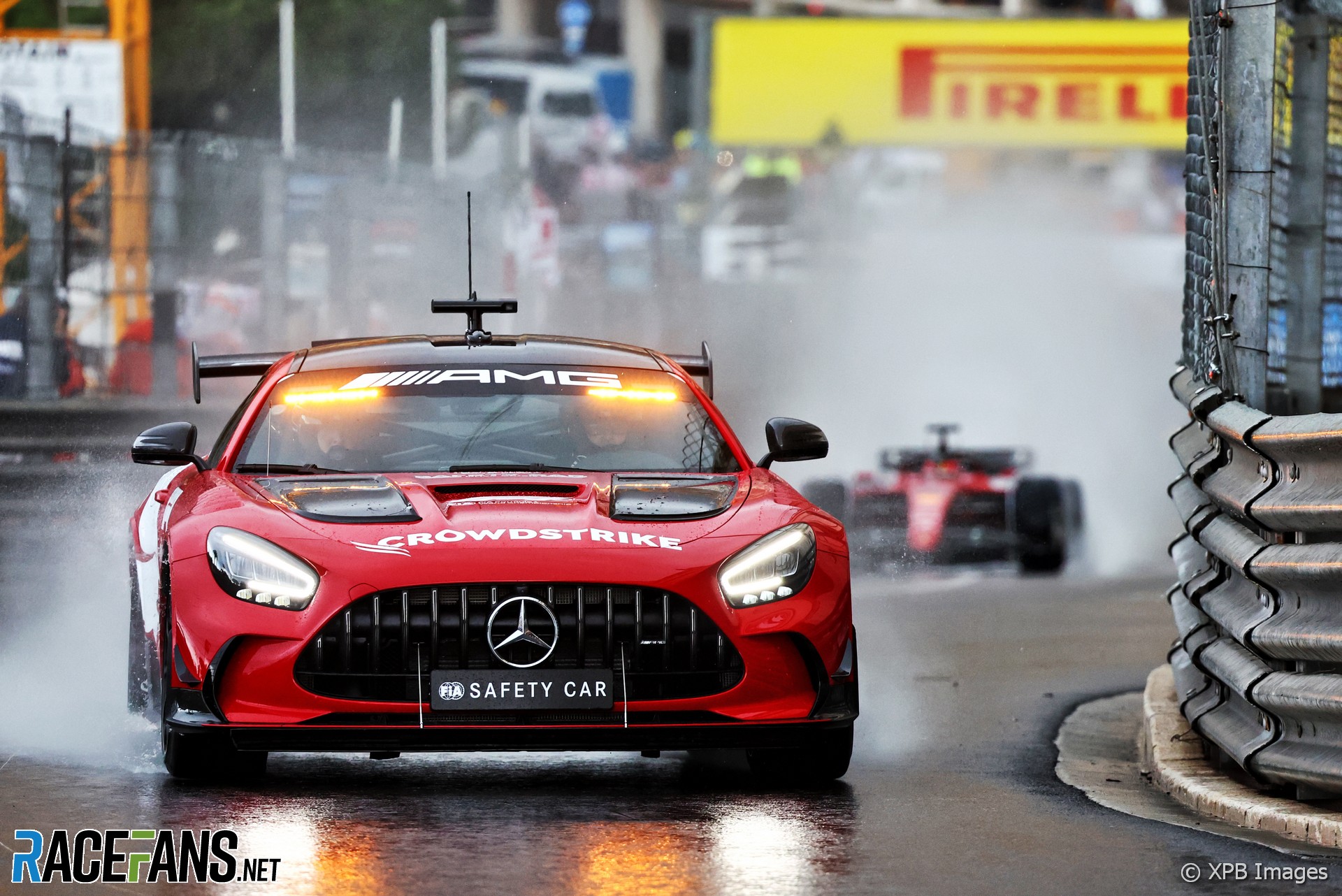 Lewis Hamilton questioned the decision not to start the Monaco Grand Prix on time when rain fell before the beginning of the race.

The starting procedure for the race was aborted after a suddenly downpour covered the circuit. The cars were eventually sent away for formation laps behind the Safety Car nine minutes after the scheduled start.

Soon afterwards, very heavy rain began to fall which led the race director to postpone attempts to hold the start. The drivers were brought back into the pits and the grand prix eventually began once the rain had eased, over an hour after the original scheduled start time.

However, Hamilton believes the conditions were adequate for the race to start on time. “I don’t really know the reason for them not sending us out at the get-go,” he said in response to a question from RaceFans.

The FIA said part of the reason for the delay was the fact no laps had been completed in wet conditions during the weekend.

“That’s why I was [saying] ‘let’s go’, when it was just drizzling a little bit at the beginning. I’m sure when we talk in the drivers’ briefing we’ll discuss it, but we should have started the race.”

McLaren’s Daniel Ricciardo said the conditions were not too dangerous for the race to have started on time at 3pm.

“It would have been difficult, certainly, but this is what we’re supposed to do. So I would have got it started then, but that’s not my job.”

“Sure it was raining but those conditions were good enough,” he added. “So I wasn’t too sure why we didn’t initially get going.”

However he agreed with the decision to red-flag the race when heavier rain fell.

“Once we got out and then red-flagged it, that was 100% the right decision,” he said. “But if you ask me why we didn’t start at three [o’clock] then I’m not sure.

Nicholas Latifi said it was “clear we could have started the race” on time, but the later downpour was comparable to last year’s Belgian Grand Prix, where no racing laps took place.

“Then, obviously, the conditions were too dangerous in that sense once we did start. It was almost as bad as Spa, for the speed we were going you couldn’t see anything. So definitely the right decision to red-flag it then.”