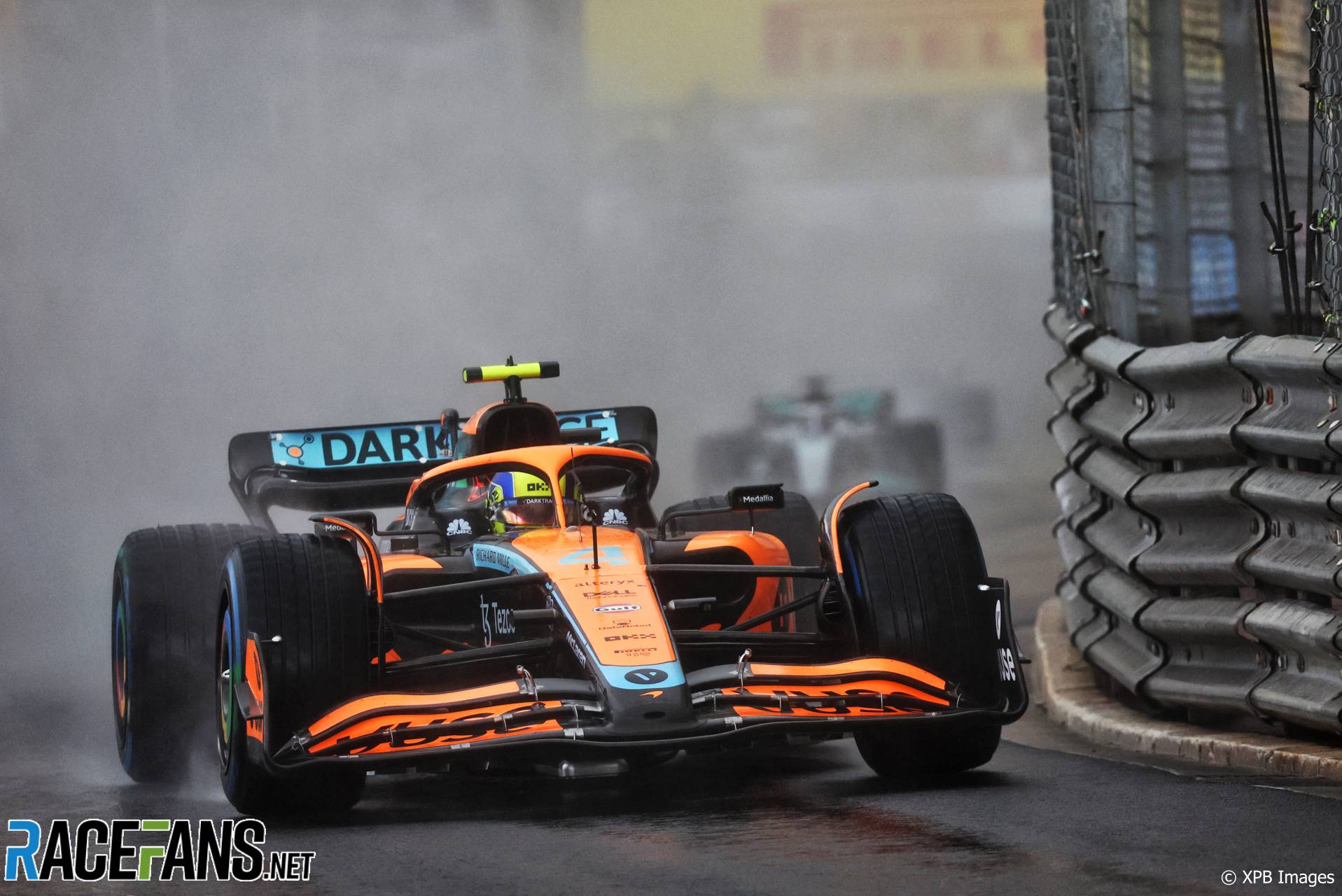 Lando Norris says he is still unable to drive his McLaren the way he wants to, despite his strong result so far this year.

After the first seven races Norris lies seventh in the championship with more than four times the points haul of team mate Daniel Ricciardo.

He said he was pleased with his own performance but that it did not indicate the car was particularly suited to him this year.

“I’m very happy with how I’m doing now,” Norris said after scoring a sixth-place finish at the Monaco Grand Prix. “I’d say I’m a little bit surprised how well I’ve done in the last couple of weekends, with how I felt. But I’m understanding more and more about the car.”

Norris’s results have been in sharp contrast to those of his team mate. “It’s still a new car and it’s not just for Daniel,” he said, “it’s not just for other people. It’s the same for everyone.”

“There’s a lot of things I’ve had to try and readjust to this year,” he explained. “I feel like I’m getting there now with that, I feel like I can unlock a bit more pace come qualifying and the race last weekend.

“I’m just understanding things more. So it’s still a learning process for me, I’m still learning a lot of things. It’s not like because I’ve been with McLaren I know everything and how everything works perfectly. Quite the opposite.

“It’s been a new car for me, new tyres, new set-ups, new everything. So in some ways it’s still like a new fresh start for me and a new team and I have to reassess how I drive the car in some ways.”

Team mate comparisons showed that the 2022 cars were suiting some drivers more than others, said Norris.

“I can’t drive how I want to in many ways. But I think you can see that with other drivers as well, with how Charles [Leclerc] has done much better this year relative to Carlos [Sainz Jnr]. Carlos beat him last year and this year it just looks like Charles is in a much more comfortable position.

“Same with Perez, he’s in a much better position compared to where he was last year. So there’s quite a few changes this year with the car.

“It takes time for everyone to understand all these things. And I feel only like now, so far into the season, seven races, I’m finally coming to terms with with understanding this.”

McLaren team principal Andreas Seidl said that Norris’ performances, especially during the past two races while he has been struggling with the effects of tonsillitis, showed why the team believed in him.

“Lando is just blooming all season already,” said Seidl. “It’s why we signed him for so many years, it’s confirming that he’s definitely something special.

“He has everything he needs in order to become a great one in this sport and that’s obviously great to see for me, as being in charge of the team and and also how he pulled through these last two weekends with his illness as well was impressive.

“Coming here, being on it really from the first run onwards very pleasing to see. Not putting a foot wrong throughout the race was again an outstanding performance and I’m just happy to have him in place within the team for many, many more years.”

7 comments on “Norris still can’t drive McLaren the way he wants to, despite strong results”