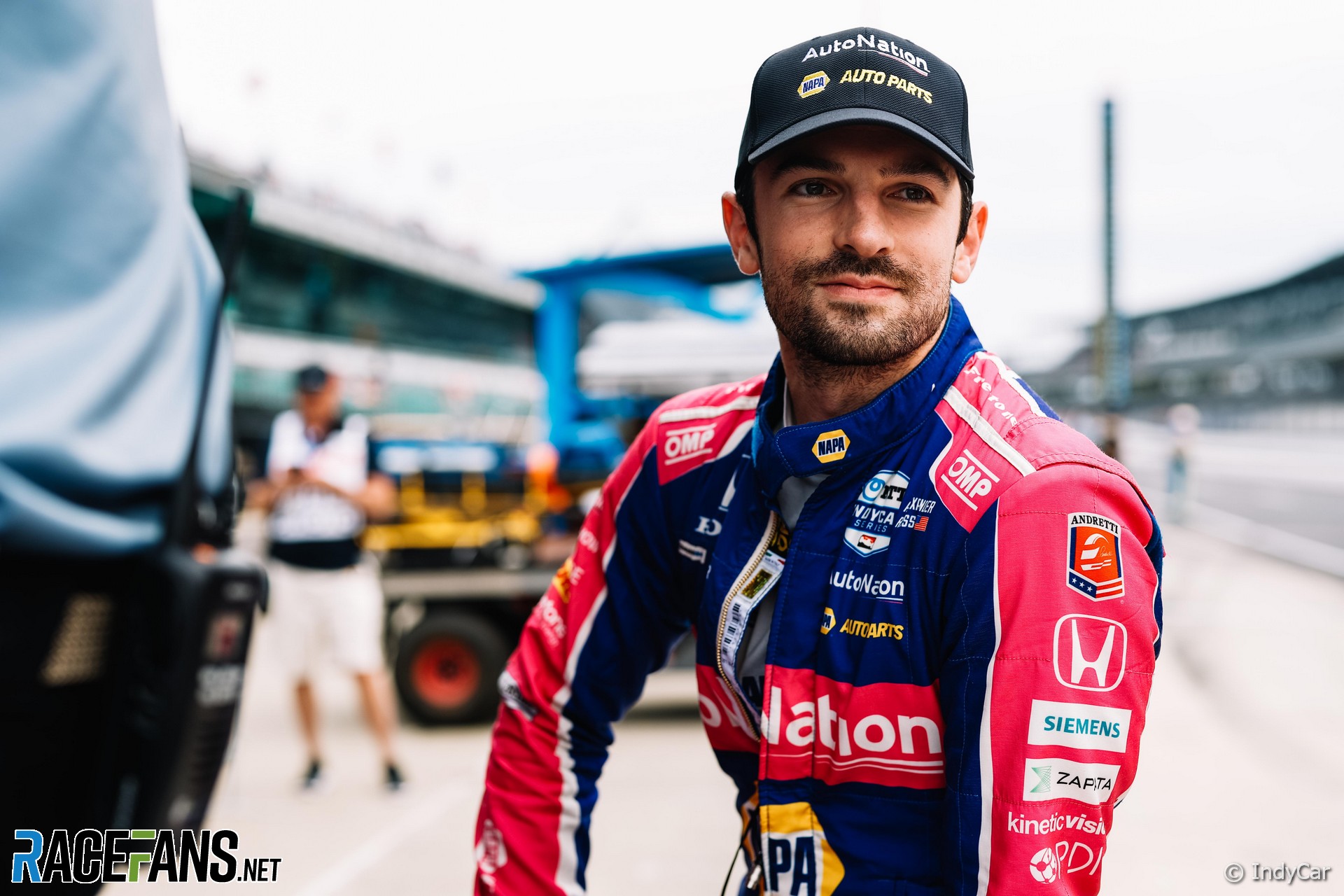 Alexander Rossi will leave Andretti at the end of the 2022 season, the team has confirmed, concluding his seven-year association with the IndyCar squad.

Kyle Kirkwood has been confirmed as Rossi’s replacement in the number 27 car for the 2023 season.

Rossi joined Andretti since 2016 when he moved to IndyCar following a brief, five-race stint in Formula 1 with Marussia. He won the Indianapolis 500 on his debut that year and scored a best finish of third in the championship in 2019.

“Alexander has been a great contender for us and we’ve enjoyed having him as part of the team for seven seasons” said team CEO and chairman Michael Andretti. “He’s won races and become a leader in the team, but all careers and all teams evolve, and we’ve mutually decided it’s time for each of us to move on.

“I have no doubt he’ll have a continued, successful IndyCar career and we wish him the best. In the meantime, we are all working hard to finish the 2022 season strong.”

Rossi has been linked with a move to the McLaren SP team, which his departure from Andretti frees him up for.

“Andretti Autosport is a place I’ve called home for years past and I have truly felt like family,” said Kirkwood. “I have a ton of loyalty to the team, and it means a lot to have Michael and the Andretti team offer me this opportunity”

“We really enjoyed having Kyle as part of our Indy Lights team and he’s off to a strong start in IndyCar,” said Andretti. “I think he’ll bring a fresh perspective and will be competitive. We are looking forward to helping him continue his career growth.

6 comments on “Rossi to leave Andretti, Kirkwood taking his place in 2023”