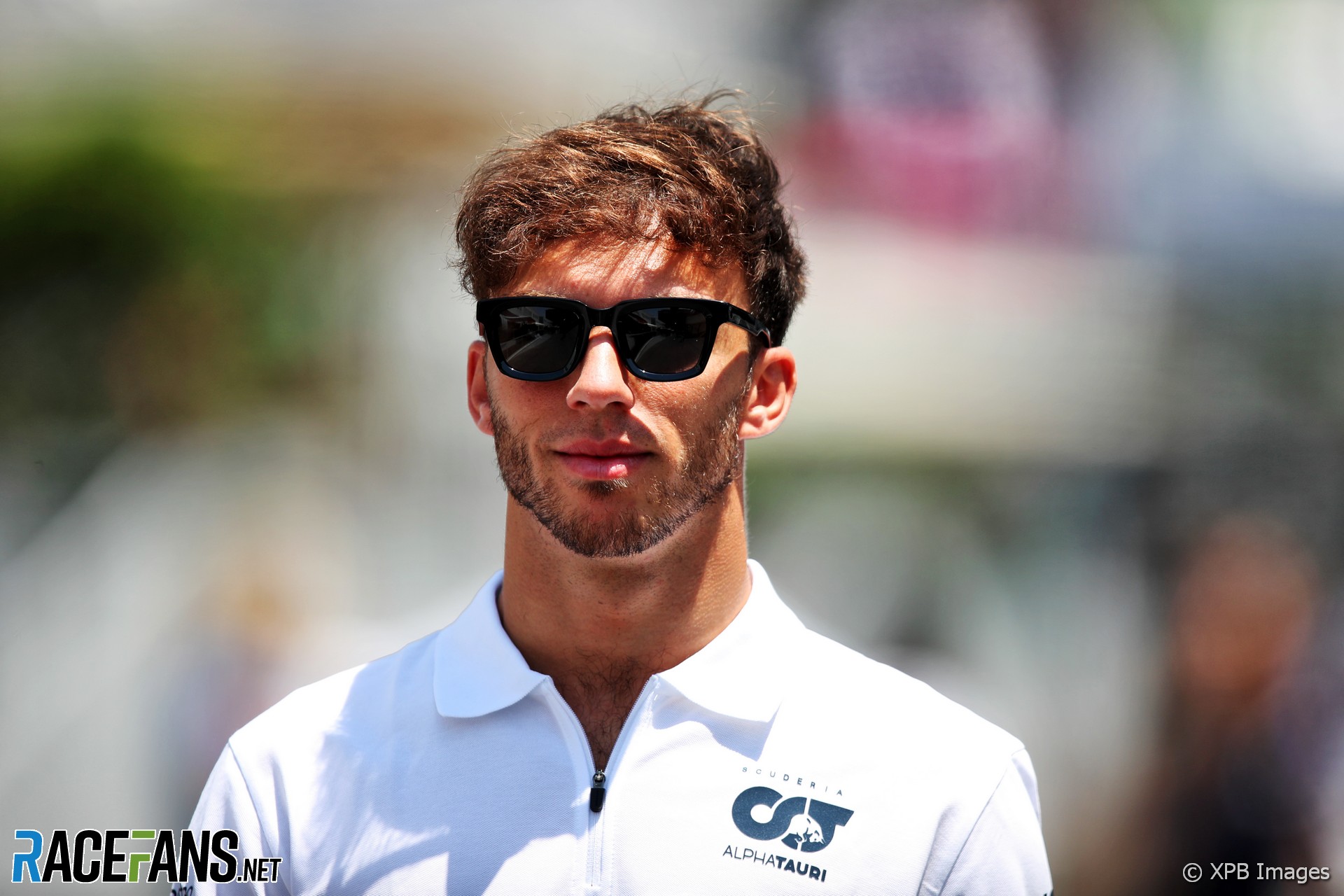 Pierre Gasly says he is open to leaving the Red Bull fold as there is no chance of him rejoining their top F1 team until 2025 at the earliest.

The AlphaTauri driver has been aiming for a return to the top team since he was dropped by them halfway through the 2019 season. However, Red Bull confirmed last week Sergio Perez had signed a new deal which will keep him alongside Max Verstappen for the next two seasons.

Gasly admitted it was a “logical” move for Red Bull to keep Perez on board. “It’s not like it was a surprise because I’m a very objective person and based on what they want from a second driver, Perez ticks all the boxes,” said Gasly.

“He is doing an amazing season, he is performing very well this season: Fast, has some back-up financially, good experience and he is a good fit for the team. So it’s not like it was a surprise at all for me.”

Gasly is in discussions with Red Bull motorsport consultant Helmut Marko on what Perez’s new deal means for his future.

“The impact it has on my career and with the ambitions that I have, it’s obviously affected it,” said Gasly. “So that’s what we are discussing at the moment with Helmut to obviously find what’s best for all of us and how do we go forward from there.”

Following his brief stint at Red Bull, Gasly made a successful return to their junior team. He believes his results since then, including a surprise win at the 2020 Italian Grand Prix, demonstrated he has the potential to be competitive in a front-running car.

“So that’s why I say I understand their position but on the other side it doesn’t mean that I understand the fact that things should stay as they are. But it’s just finding what’s best for everyone.

“Obviously I’m committed to AlphaTauri right now. I give my best and will always give my best to this team even if we are going through harder times.”

Speaking in Baku, where he finished on the podium last year, Gasly admitted he was surprised by the sudden decline in his team’s competitiveness.

“It’s crazy in a year how things can change. On one side, Charles is fighting for the championship and we’re fighting barely to make it into the top ten. So it’s a more difficult time but also I like the challenge of trying to push the team forward.

“But personally, obviously, I have ambitions and my ambitions are more than just fighting for top ten. That’s not what I work for every day. I want more than that, I want to fight at the front.

“Priority number one is first to perform with AlphaTauri and to discuss with Helmut on what’s best for all of us, which we do. And after 10 years or so of relationship, they’ve known me since I was a kid, they know me exactly, we have a really good relationship, actually, with Helmut. And I think it’s a matter of finding how to make this work for all of us.”

Gasly’s current contract will keep him at AlphaTauri until the end of next year. “Beyond 2023 I consider all options as I don’t have anything beyond that,” he confirmed.

“These are things we need to discuss with Helmut. Obviously they want to keep me in the programme but we need to see how to make this work. It’s just normal conversations that are ongoing.”

His immediate successor at Red Bull, Alexander Albon, now races for Williams with sponsorship from the energy drinks giant. Gasly said he would be open to a similar arrangement in future.