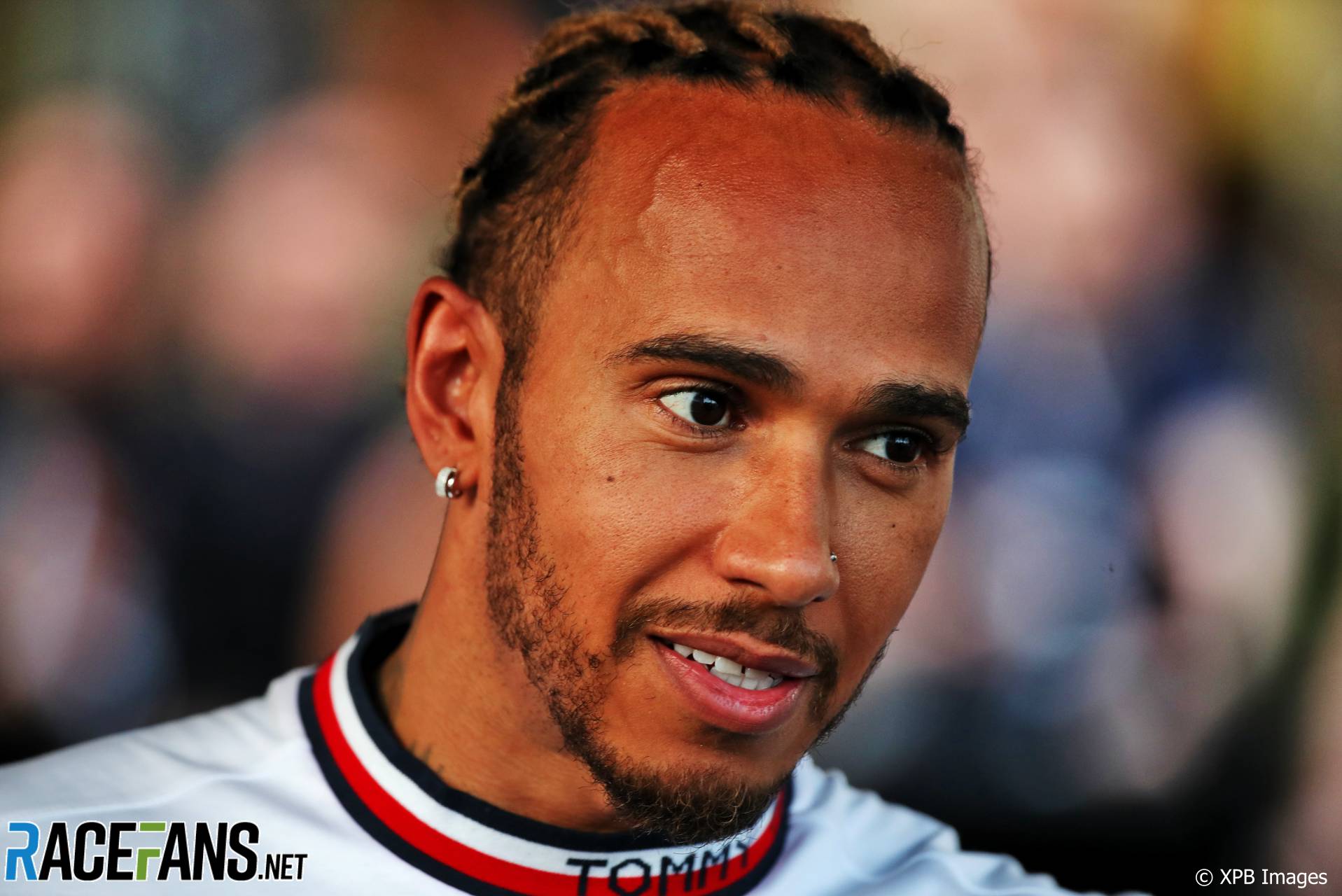 The Azerbaijan Grand Prix stewards cleared both Lewis Hamilton and Lando Norris for driving “unnecessarily slowly” during a peculiar incident in Q2.

It was the kind of incident the stewards have recently indicated they intend to clamp down on. So why were the pair not penalised?

Recent seasons have seen the benefit of a slipstream become increasingly important in qualifying and nowhere else is this as critical as Baku, with the longest single stretch of full-throttle running on the calendar.

This has led to simultaneously comical and concerning scenes, such as in Monza in 2020, where multiple drivers missed out on starting a flying lap in the final phase of Q3 as drivers slowed down en masse to not be the first car in the queue. This has only exacerbated the existing problem of drivers wanting clear air for the majority of their flying laps, resulting in cars bunching together in the final sector and creating dangerous hazards for those pushing to set a time.

In response, the FIA introduced a maximum time that drivers must not exceed during sessions, or risk being penalised for driving “unnecessarily slowly”. However, despite this rule, cars have continued to bunch up on out-laps. At the Spanish Grand Prix 18 drivers were found to have breached the maximum lap time on 55 occasions over the course of the three qualifying sessions.

Heading into qualifying on the Baku City Circuit, in a Mercedes that produces among the highest levels of drag of any car in the pit lane, Hamilton was especially keen to make sure he could find a slipstream from a rival to help him maximise his top speed along the main straight.

With just under six minutes remaining in Q2, Hamilton was circulating slowly on a warm-up lap and looking for a car that he could gain a slipstream from down the long main straight:

Exiting turn 12, Hamilton pulled over to the left side of the track and slowed to almost a complete stop to encourage Norris to pass. This briefly brought out yellow flags in the second sector.

Hamilton picked up speed and eventually began his lap without a slipstream. He abandoned his attempt after a mistake in the second corner.

What the stewards said:

Despite coming to almost a complete stop on the exit of turn 12, neither Hamilton nor Norris exceeded the maximum lap time of 2’09. Instead, both Hamilton and Norris were placed under investigation by the stewards for potentially breaching Article 33.4 of the FIA Formula 1 sporting regulations. Article 33.4 states that “at no time may a car be driven unnecessarily slowly, erratically or in a manner which could be deemed potentially dangerous to other drivers or any other person.”

However, the stewards determined neither had driven in an erratic or dangerous manner. As the stewards described, “although car 44 [Hamilton] was slow… the driver pulled over to the left and off the racing line, this occurred on a straight where visibility was not an issue and there was no potential danger at any point, to any other driver.”

The stewards also noted that both cars had enough space for Ricciardo behind to pass them, but that, naturally, Ricciardo declined the opportunity. With all three cars on out-laps and not impeding each other, there was no basis for any breach of regulations to have been alleged.

What the drivers said:

Speaking before the stewards cleared him of wrongdoing, Hamilton insisted that he had respected the maximum lap time delta. “We’re one of the slowest in the straight, so needed a tow,” Hamilton explained.

“The rule is you have to be within your delta time from exit of the Safety Car One line to Two line. I was within my delta. I slowed down and pulled off line – completely off line – to let other cars go, but they didn’t want to go by.

“I don’t think it’s a problem. They had a choice to go by, they didn’t. I was within my delta. If I was below my delta I could understand, but no.”

Hamilton pointed to the example in qualifying for the Spanish Grand Prix, where the majority of the field had escaped unpunished despite exceeding the maximum lap time.

“An interesting scenario is when we were in Barcelona there were cars that just completely ignored the delta and drove ridiculously slow,” Hamilton said.

“I think one or two of them got penalised, like a reprimand. But in going as slow as they did, they were like way, way, way slower, they would have gained at least five degrees of tyre temperature and that’s why they were so quick. And I remember when they were going slow I went around them so I didn’t have any problems. But anyway, today I wasn’t below my delta, I was off-line, it wasn’t unsafe.”

After speaking with the stewards, Norris had no qualms with Hamilton over the incident, noting that he may have done the same if he had been in the Mercedes’ position and that there was nothing “unnecessary” about backing off in that scenario.

“There was a point, so it wasn’t unnecessary – it was necessary,” said Norris.

“Everyone knows this is what happens here at times. I don’t feel he did anything wrong. I probably would’ve done the same thing if I was in his boat.”