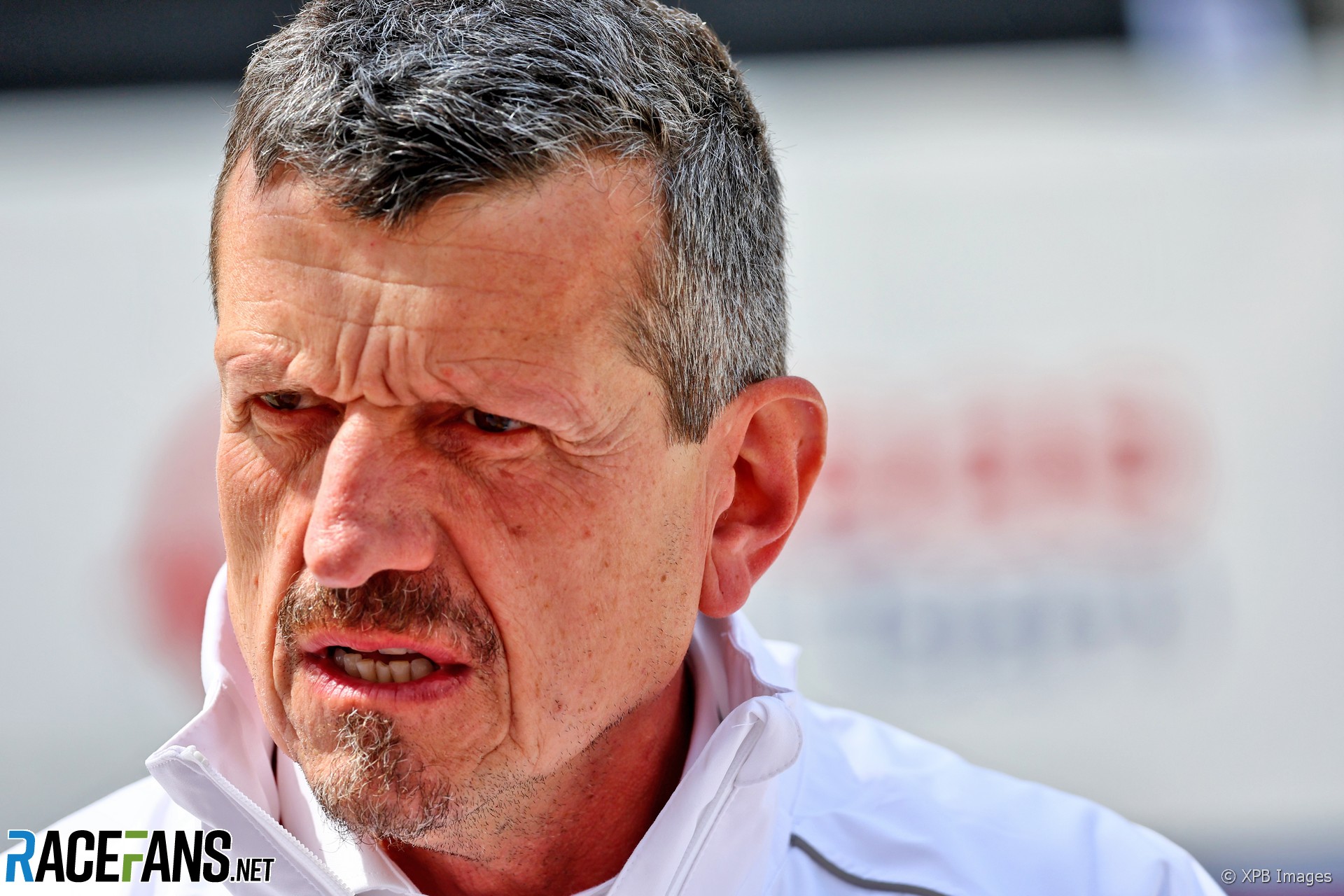 The sport’s governing body confirmed today it has issued a technical directive to teams outlining its plans to combat the severe porpoising and bouncing which have prompted complaints from a growing number of drivers in recent weeks.

Teams have been told their cars’ floors will be subjected to closer inspections at this weekend’s Canadian Grand Prix. The FIA also plans to impose a limit on the severity of vertical movement drivers are subjected to.

Steiner admitted the problem needs to be tackled but insisted the affected teams could improve the ride quality of their cars by not running them as low to the ground as they have done.

“We need to measure what it is,” he said. “And I think some of the cars are pretty bad.

“But then there is a solution, just raise the ride height. But then you go slow. Who wants to go slow?”

Mid-season changes to technical rules and standard equipment have proved controversial in the past, he pointed out. “It’s like, I don’t know how many years ago, when in the middle of the season we had the change of tyres,” said Steiner. “Something like this, you change something fundamentally, you could change the pecking order again completely. Is that really fair?”

The FIA should restrict the severity of bouncing which is permitted, Steiner believes, rather than forcing teams to change their designs.

“Yes, it’s a safety factor, but that could be approached as well. If it is too dangerous, just raise your ride height.

“I think the measurement of this is to find a way where, if it is dangerous, without changing the regulations, to find a limit of something and saying if you are above this threshold [you get a penalty]. I don’t know what penalty you could give, I have no idea yet, I didn’t look into it as well and it’s pretty fresh all these things.”

Mercedes have found it especially difficult to control the porpoising on their car and their drivers have been particularly vocal about the discomfort they have experienced. However Steiner does not believe the team has successfully lobbied the FIA to introduce a rules change they have already prepared for.

“You know how malicious we are, we always think there’s something behind it. And then the next one could say, ‘oh, they’ve got already a solution for a solution’, if the FIA comes up with a change and then Mercedes has developed something in that direction already, and then they come out of the gate already running. But I think that is going a little bit too far.”